You are here: Home / Reflections / What The Baby (WTB)

I need to forewarn you, today’s post is in no way related to food or fitness, so read on at your own peril.

I am childless by choice. I’m missing the mother gene. Obviously having children can be the most wonderful and rewarding thing in life, otherwards the majority of the population wouldn’t have them, but I’m sharing this so people know it’s ok if you are missing the mommy gene; while a minority, you’re not alone and nothing is wrong with you. For those women struggling to have a baby, I wish nothing but the best for you, even if it’s not my dream. 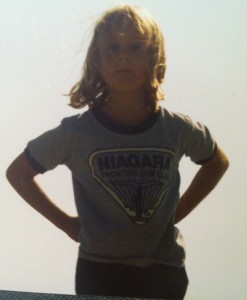 When I was just a little bitty thing, I was a total tomboy. It didn’t help my only siblings were brothers, who periodically like to pummel me; don’t worry I gave back as good as I got. As a result, matrimony and babies never appealed to me. I didn’t grow up picturing my dream wedding or naming my fictitious children. In fact, it was quite the opposite. I vowed never to marry or procreate. Obviously, I’ve retracted my original stance on marriage, but only because the Hubby was worth it, and even then, there was concern. I have always been very vocal (who me?) about my feelings on marriage and kids, so when the Hubby decided to propose, he really wasn’t sure how I’d respond. Being the good man he is, he asked my Da for permission first, whose response was, “I hope she says yes.” Um, awkward much.

In any event, I wavered on the marriage issue, but not so much the child rearing thing. Don’t get me wrong; I like the mini-humans and enjoy hanging out with them, but when it’s all said and done, I like to give them back at the end of each day…or when they cry, or need to be changed, or throw a tantrum.

Many women, maybe even most, have an innate desire to be a mother, and I have nothing but respect for these women. I think being a parent is the hardest and quite possibly the most important job ever, and I’m just not convinced I’m qualified or even want the gig. Babies aren’t, or shouldn’t be, something you do on a whim. You really have to commit, and I don’t know if I’m wired that way.

For an in-depth look at my psyche, here’s exactly why me and babies just don’t mix:

Now, I’m sure you’re asking yourself why I chose to share my rational about the mini-humans. Have I suddenly changed my mind? Are my parents and in-laws pressuring me for grandbabies? Nope, not really, but I’m starting to think the universe is.

Let’s back up to a year ago, when my biological clock starting ticking. This really is a thing, and I was definitely caught off guard. Instead of birds chirping every hour, it barks “Are you sure?” “Are you really sure?” “You better be sure.” It’s pretty irritating, and I tend to flick it away, although there are very brief and very small moments of self-doubt (I’m not trying to get anyone’s hopes up here).

Pretty much everyone else I know either has kids, wants kids or is currently trying to have kids. The Hubby and I don’t have many childless friends remaining, so there’s a sort of peer pressure to fit in, which in my opinion is still not a good enough reason to have a baby. Yet, the mothers of the bunch keep beckoning me, and all I can hear is “come join our sleepless nights and dwindling bank accounts. It’ll be fun, we promise.”

Still, these things are to be expected for a woman of my, ahem, age (please, if you ever find yourself referring to someone in their thirties as a “mature woman,” stop at once). I can handle the clock, and I can certainly deal with peer pressure, but the universe now, that’s a different story altogether. 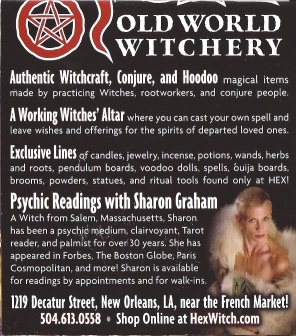 Back in March, the Hubby and I took a trip to New Orleans, and I got my fortune told by the lovely Sharon Graham. I’ve always wanted to have a reading done and what better time than in the city of debauchery and witchcraft (it’s a wild place). I thought it would be harmless fun, although Ms. Graham seemed to know her stuff, or some of my stuff anyway. She predicted I would channel my creative self and start writing a book about herbs and spices. Oddly enough, I had been really toying with the idea of starting a food blog. She also said, on multiple occasions, she saw a baby in my future. I am extremely fertile and unless I did something to prevent it, it would happen, likely within a year’s time (yikes!)

I really tried to dismiss the whole thing, but lately, I have been surrounded by babies and little people, some of which actually seem cute (can it be?). Case in point, I fell head over heels for my three-year old nephew last week, although it still doesn’t mean I want one full-time. Still I am being barraged by babies everywhere I look, and they are even invading my home. Suddenly, I am getting spam emails about breast-feeding and children’s clothing catalogues in the mail. I had no idea they had entire catalogues dedicated to these things, and why suddenly am I receiving them. I’ve also had thoughts of going off my daily “medication,” which I have been on for over 15 years and only started taking to get my “cycle” stabilized (TMI, sorry). My thought process behind dumping my meds is based on my desire not to be dependent on a chemical substance, especially since I’ve been on it for waaaay too long. Then I realized, that’s how it would happen. The universe, in an underhanded way, was trying to take away my preventative measurements. So I’ve stayed true to my “one a days” for fear of Ms. Graham’s prediction.

Despite this, about six weeks ago, I had an unusual change in my body (I’ll avoid specifics to save us both the embarrassment) which had me days away from shelling out money for an E.P.T.  The coincidences are starting to pile up though, and it’s freaking me out. So, is there something to the reading? Is the universe out to get me? Or have I just lost my ever-loving mind? If it’s the latter, please don’t tell my employer.

Last night my post ended here. Book in hand, I went off to read before catching some much needed Zz’s. I’m about half way through my book and have been reading it for a couple of weeks now. I won’t reveal the title (it’s nothing 50), but last night in a huge surprise twist, since the book has nothing whatsoever to do with babies, one of the main characters discovers, despite the preventative measures she has taken, she is pregnant. And of course, I just happened to get to this part of the book (which came completely out of left field) the very same evening I typed this post. Yeah that’s normal. No coincidences here.

Do you believe coincidences are merely just coincidences? Have you ever had your fortune told? And did it come true?

P.S. I’m not pregnant, although according to the pyschic, I have until March of 2013.