Have I mentioned I’m totally digging these Week In Review posts? Not only do I get to write in bullet points, but I get to highlight what I did do versus what still needs to be done. So without any more blather and hopefully no blubber, let’s get listing (I’ve got goose bumps).

Over the course of the past seven days, beginning on Monday and running through Sunday, I managed to do the following: 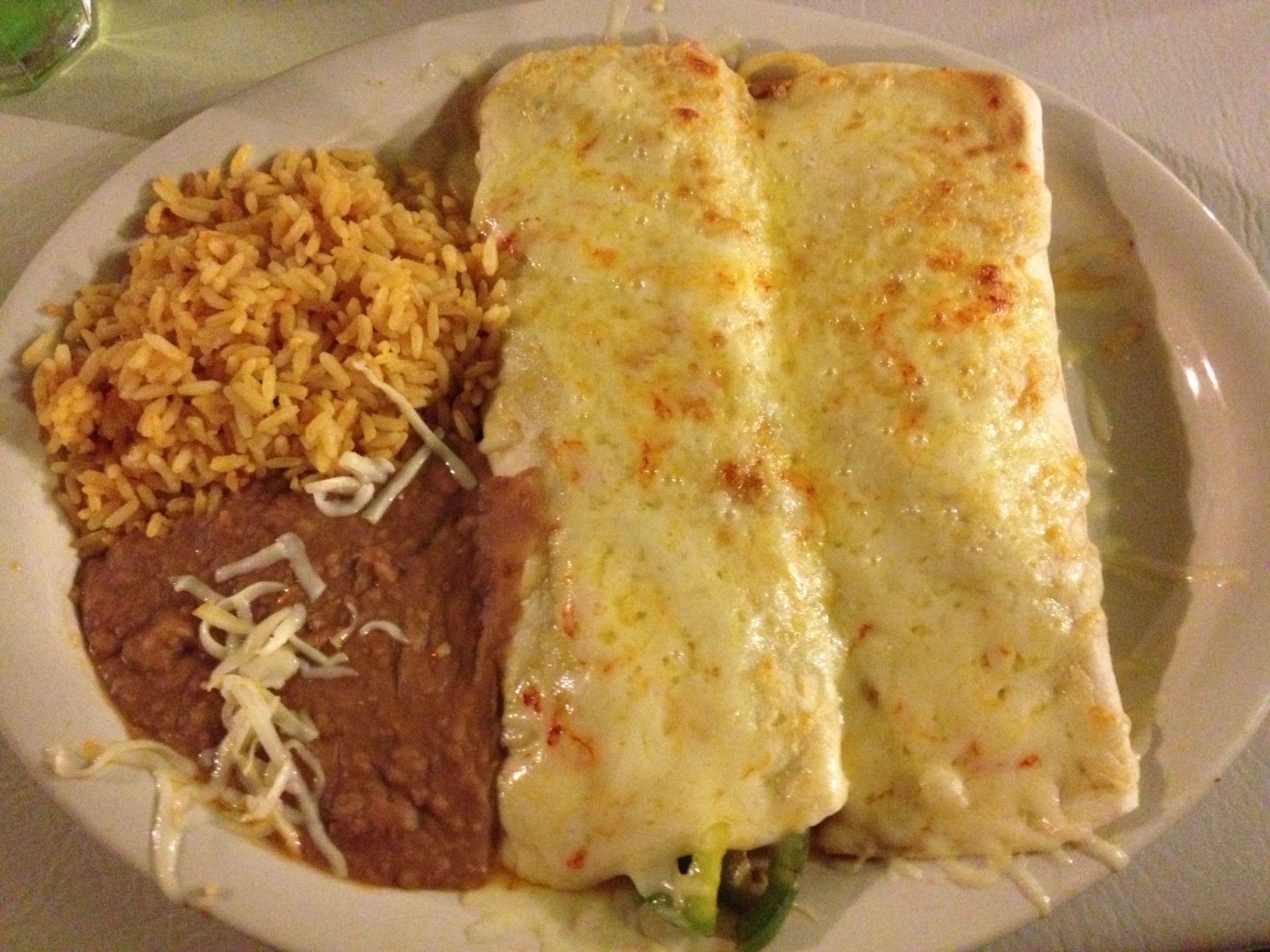 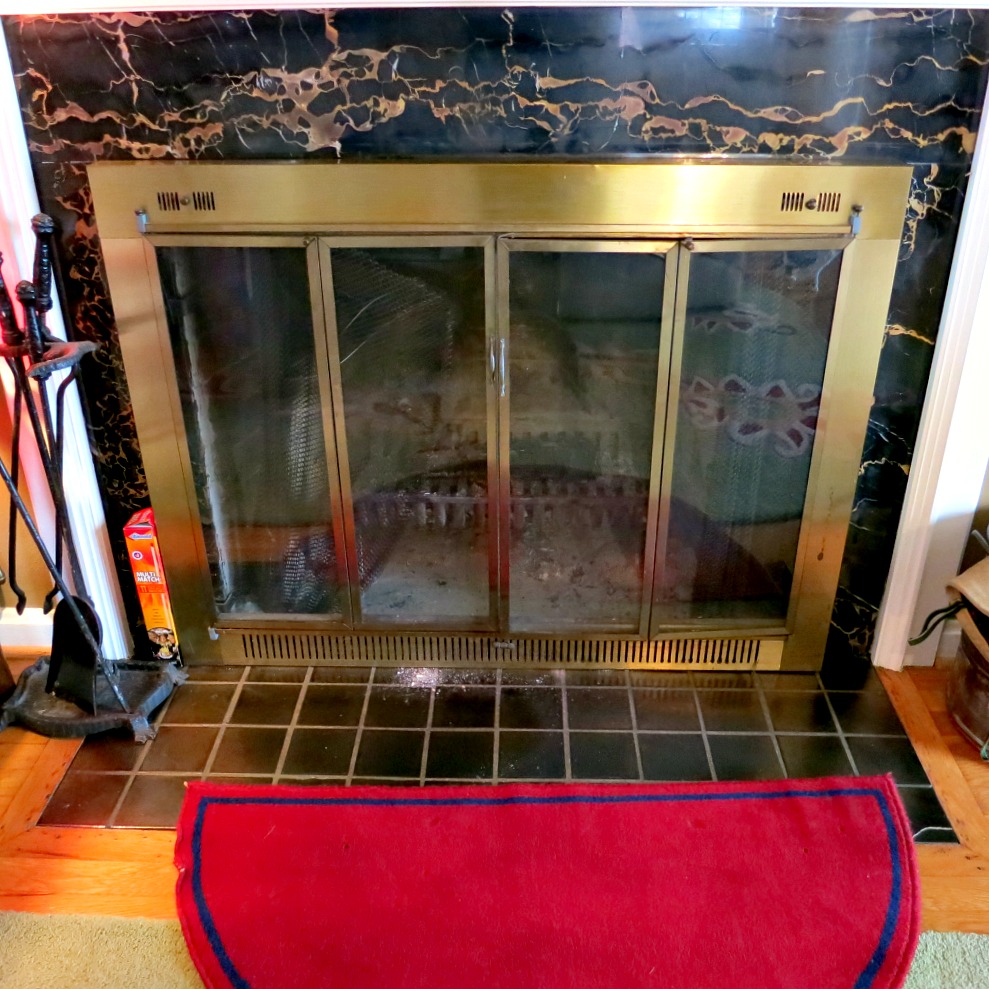 1.) Peanut Butter Swirl and Chocolate Fudge Brownies. I found them on Pinterest and minimally adapted them to suit my needs. I used Greek yogurt, subbed some of the sugar with Erythritol, which sounds scary, but is actually a natural, almost zero calorie sweetener (an oxymoron, yes). I also added some non-dairy mini-chocolate chips because do you really need a reason to add more chocolate? I think not. They were ooey-gooey good and flourless.

2.) Chocolate Chip Cookie Pie made with oats and garbanzo beans because I am shady like that. Have no worries, my friends didn’t even notice and who knows, maybe I even helped them with their digestion. Cackle, cackle.

3.) Veggie Platter to rival all veggie platters with a homemade Onion Dip. I actually made two dips, but one didn’t turn out as expected, so thankfully I had a backup plan. Side bar: I can’t believe I have a rogue piece of celery in my picture, all touching up on the dip bowl, getting inappropriate. Crap, how did I miss that?! 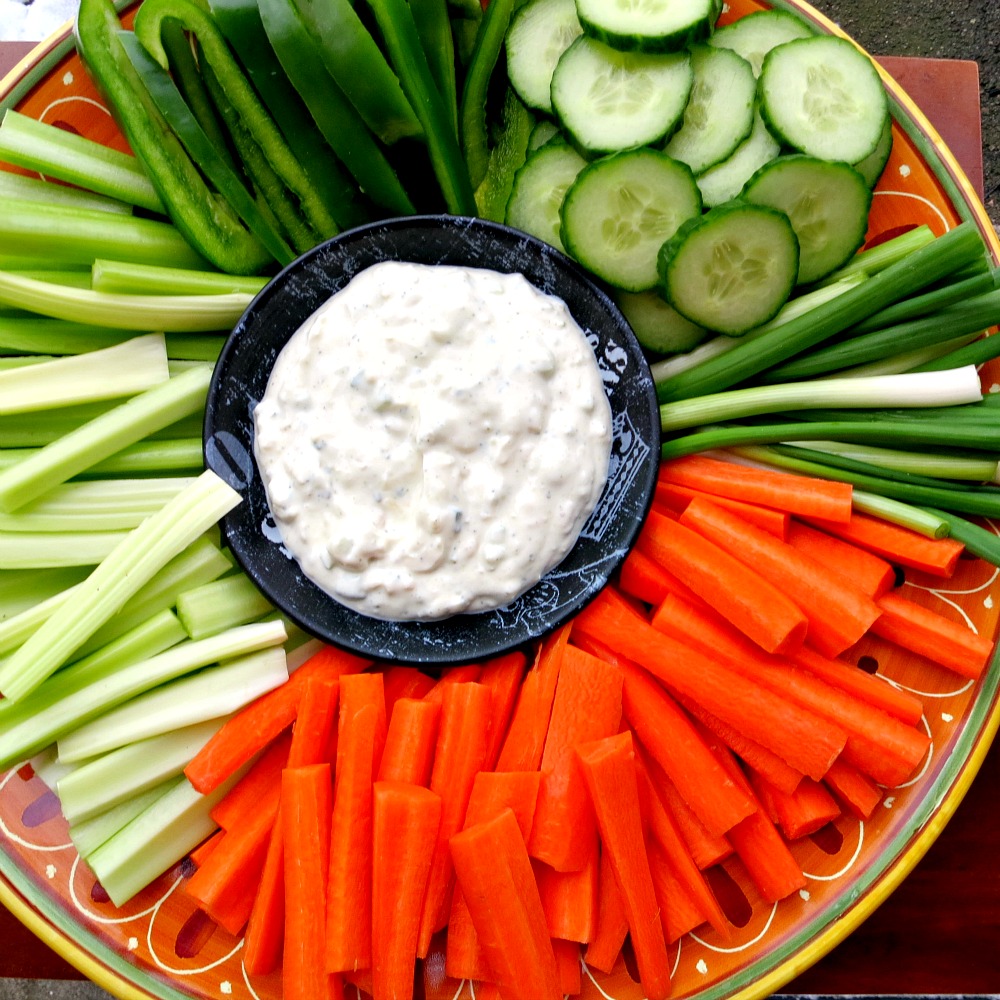 4.) Cheesy artichoke spread, which was a “healthified” version and tasted like it. Blech. Artichoke dip fail. I won’t even share the picture because it makes it look better than it actually was, and I don’t agree with the false advertising (ignoring the obvious cookie pie reference above).

5) Ginormous fruit bowl because no party at my house is complete without a big old fruit bowl, and you know what made me the happiest? The veggie platter and the fruit bowl went like hot cakes, except they are both significantly healthier than hot cakes. Well unless you make Heather’s hot cakes. They’re in a whole different ball park. 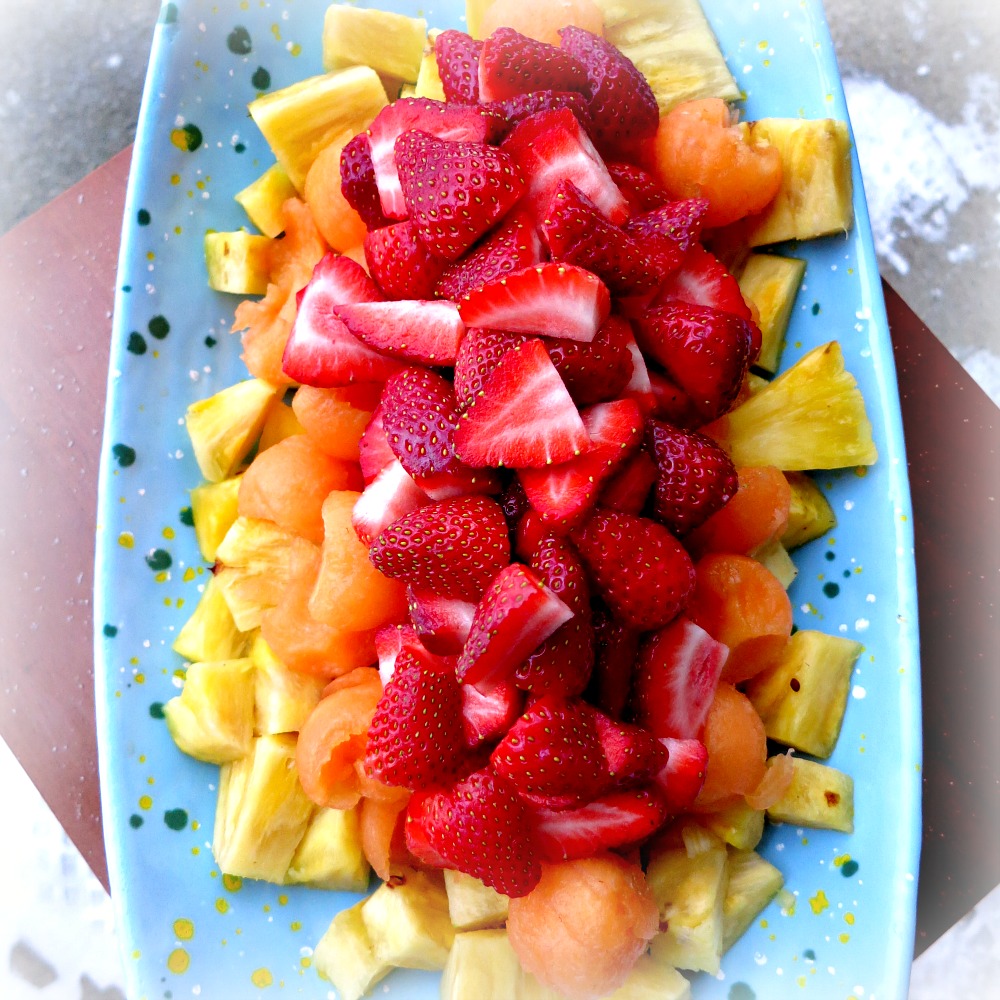 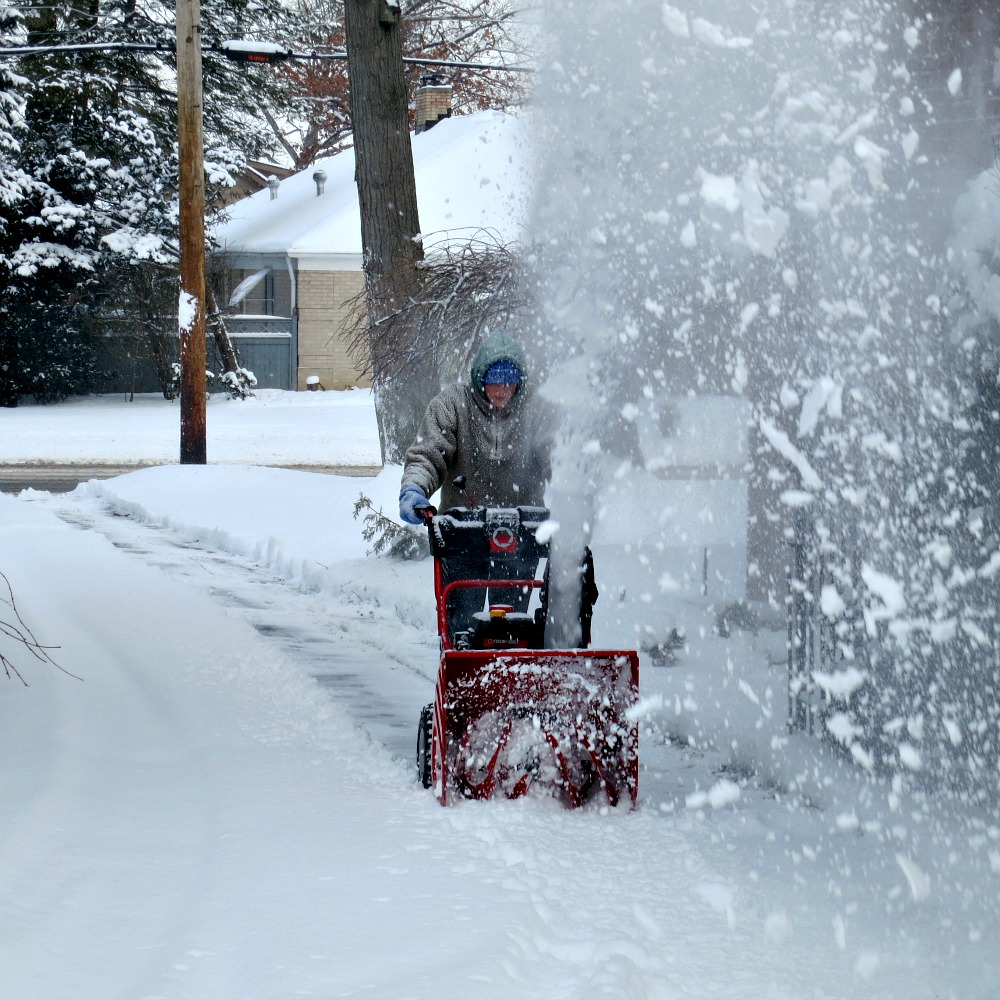 Sometimes the snow sucks, and sometimes you just gotta roll with the punches (not literally this time, because if somebody is throwing punches, you should duck). 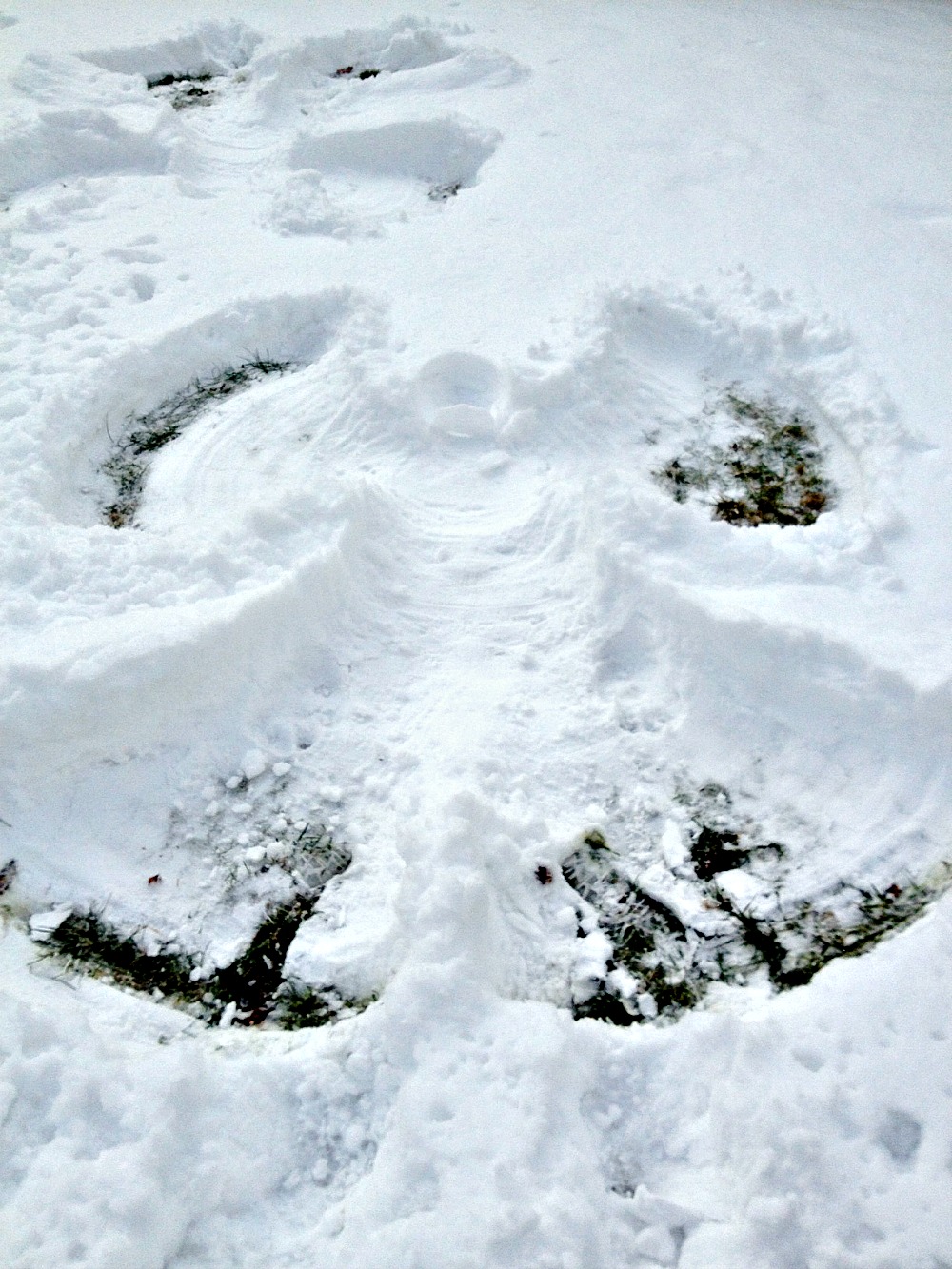 Snow angels seems like an appropriate ending to today’s post, and I’m pretty sure that’s all I did, so it’s time to wrap it up, in an awkward and abrupt fashion. Sorry, I’m just not feeling a smooth and fancy finish to today’s blog. Peace out.

What did you get done in the past seven days? Do you know how to operate a snow blower? Do you sneak healthy snacks onto your friends, and don’t tell them?

« Getting Seedy with My CSA
Confession Time »