You are here: Home / Bottoms Up / WIAW: The Extended & Uncut Edition

Houston, we have a problem. Maybe I should say Cleveland since I’m based here.

Cleveland, we have a problem. Scratch that, it doesn’t have the right ring to it.

Back to Houston, or regardless of location, we have a problem.

As some of you may know, I am very musically inclined, and by “musically inclined” I mean I can’t sing a note to save my life, which doesn’t stop me from trying. Half the time, alright fine three-quarters of the time, I make up the words to whatever song I’m trying to sing. I really, really like to sing, and I enjoy my kitchen dance parties more than I probably should. I’m cool with it though. 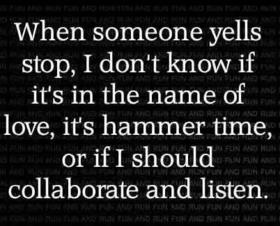 What does concern me is my current music selection. I’m getting bored with my very random and plentiful playlist. I’ve even tried listening to all the songs in alphabetical order by title, not because my self-diagnosed OCD demands it, but more because shuffle isn’t working for me anymore, and I keep hearing the same tune over and over again. I’m not sure I can handle listening to another round of whatever live version I’ve got of Neil Young singing Forever Young. I like Neil Young, but on this particular rendition, he makes me sound like Christina Aguilar. Hell even my cats howling for more food or the great outdoors, depending on the feline, could give him a pretty good run for his money. 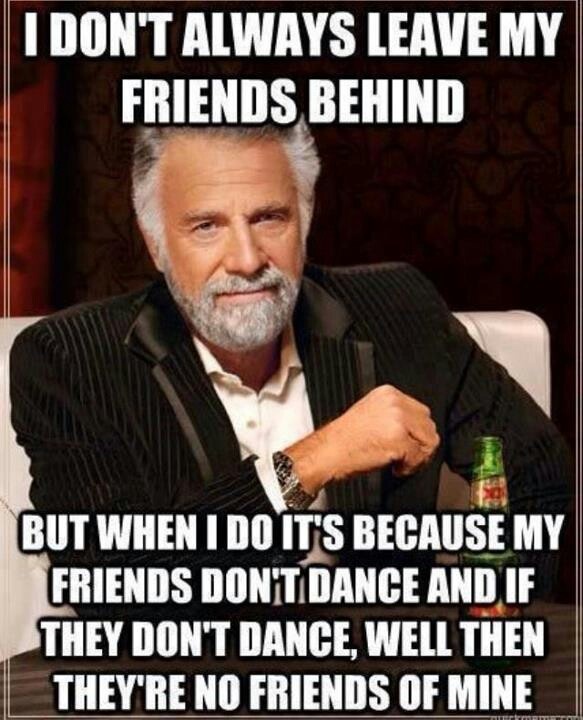 I digress, which isn’t the least bit shocking. It’s why you come here right? Oh crap, you come for the food. Well whatever, I’ll get there. I promise.

So, the Hubby has a gazillion and one songs on our iTunes library. I’m not exaggerating either although I don’t really understand those technical IT terms. Safe to say, we’ve got a shitton of music, most of which hasn’t made its way to my phone. I’d really like to change that and now we can discuss why there’s an actual problem.

There isn’t enough space on my phone to hook it up to iTunes or even back it up. It turns out I have too many pictures, which I think is ridiculous, although since I clock in at just over 4,000, there might be a grain of truth to it. Truth smooth; I call shenanigans.

Shenanigans aside, this is why today’s What I Ate Wednesday is going to be all those pictures which haven’t made their way to the blog before. It has very little to do with the fact I didn’t take pictures of a full day of food last week (cough, cough). Jenn, I hope you’re buying this.

I’ve decided this is an opportunity to present WIAW: The Extended and Uncut Edition. Granted, there’s usually a pretty great reason cuts were made in the first place, but were not going to think about that. Instead I say, “Let’s get picturing.” Oh and with over 4,000 pictures, the odds are this is going to be a series. Welcome to Round One. 🙂 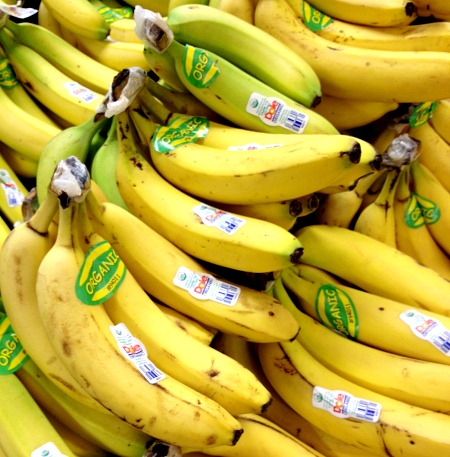 Sometimes I like to eat them in their natural state. Other times I’m inclined to throw in a muffin or even a morning smoothie.

When I’m not eating bananas or usually after I’ve finished eating bananas, I go for a bowl of my own homemade granola. I top it with Greek yogurt and whatever fruit I’ve got handy. Sometimes I get completely wild and throw another banana on it. Two bananas in one day means I’ve been highly successful, all before noon. 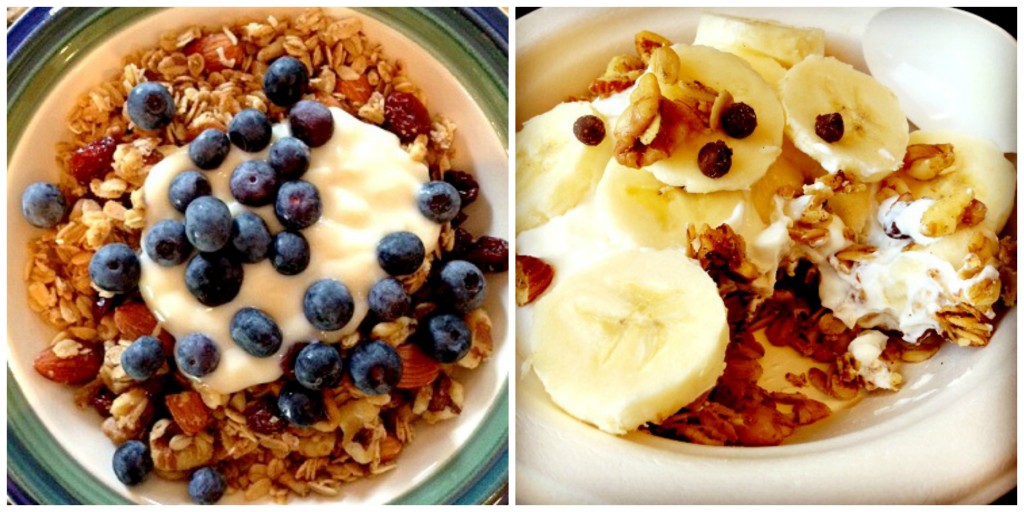 This past summer, lunch was almost always a salad with as many toppings as I could fit into Tupperware. Confession: I’m tired of salads. I know I’m sorry, but it’s true. I’ve had to walk away for a minute. It happens. 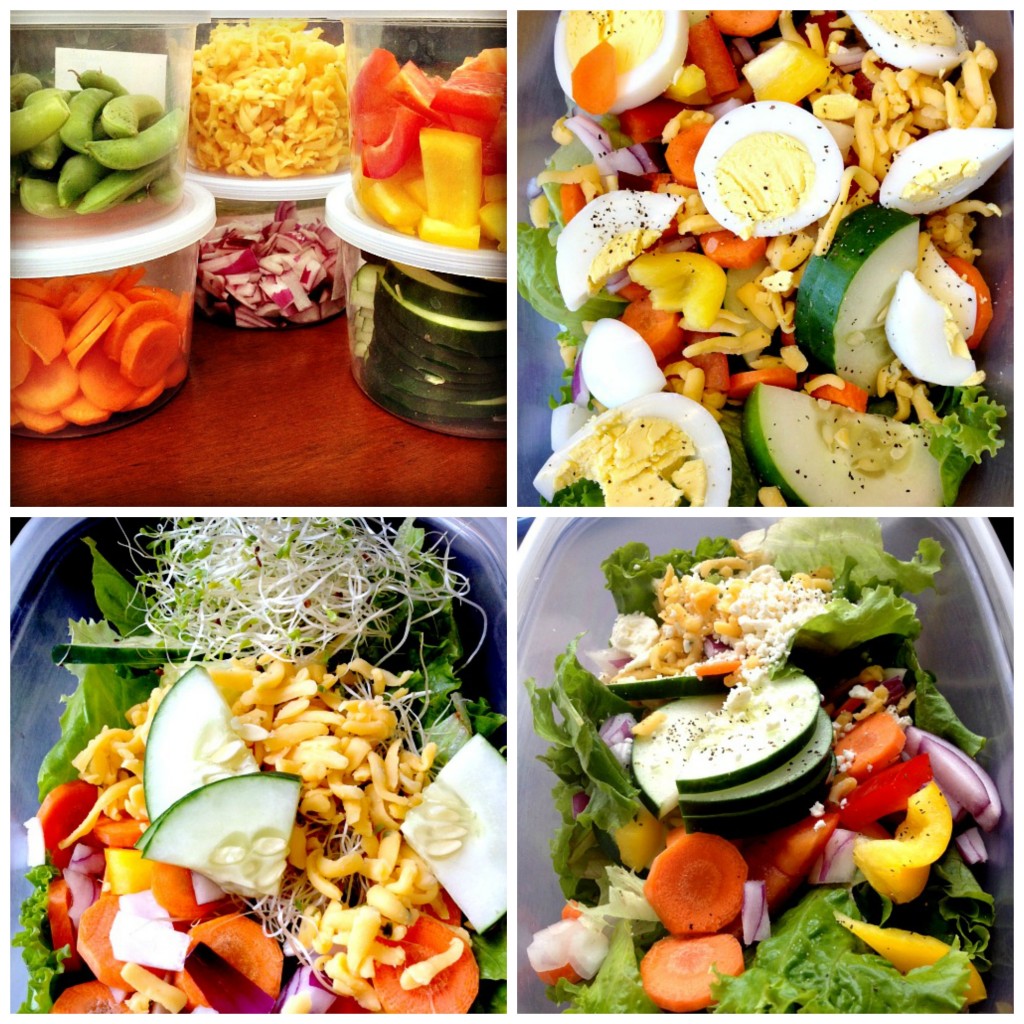 Since I’m no longer scarfing down salads, I’m eating leftovers. Sometimes those leftovers include less than photogenic bowls of Lemon Asparagus Risotto. It may not look like much, or it may look like a orangish yellow blob with green spears poking out. Either way, it tasted pretty damn good. 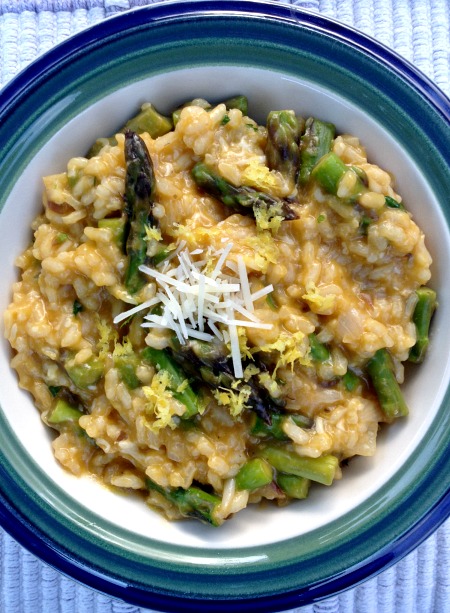 Dinner has been a number of different things, usually centered around the produce I got in my CSA share, and this particular dish was no exception. It was supposed to be Moroccan Vegetables with Couscous, but it turns out, I had no Couscous. Moroccan Veggies with Brown Rice it is.

For dessert, I’m sharing a Seven Layer Bar I snagged from the glass case selection at my grocery store. It was so phenomenal I’m shocked I never put it on the blog before. What’s even more amazing is I showed restraint and made this baby last two separate sittings. It’s like I don’t even know who I am anymore. 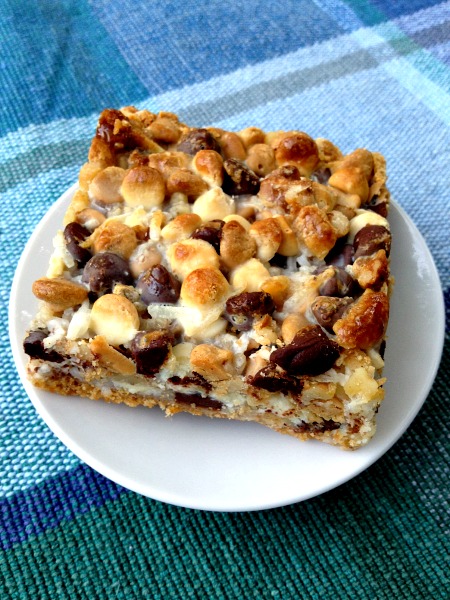 Oh wait, I’m somebody on the search for new and more bootylicious music so I can shake my bon-bon, up in Here! I’m also a little bit all over the place, but that’s par for the course.

What’s your favorite kitchen dance party song? Do you still sing, even when you don’t know the lyrics?

« Week In Review: The Cleaning Frenzy Edition
Sometimes This Needs To Happen »