You are here: Home / Good Eats / CSA Another Week Down

By now, you might be sick of finding music on a food and fitness blog, but I’m not really tired of sharing it, and I don’t think I ever will be. I’d apologize, but I’m not sorry, and I plan to continue bombarding you with some jams (just being honest), and well this song seemed apropos for today’s CSA post.

Before we get right to it, let me give a big thank you to Kristy at Gastronomical Sovereignty for hosting a linkup party. Man, these things are a good time. We get to find other food addicts and become part of an underground society with a secret handshake and a special password (can someone let me know the password please…) Some might find us cultish but I don’t care. I say sign me up, and I’d prefer to use a glittery pen.

We are nearly done with our summer CSA program. Seventeen weeks down, only three to go, and I’m not even a little bit sad. Ya wanna know why? Because I recently signed up for a winter CSA, and it runs through December, so I’ve got a full three months of produce to go. Now, I have friends in the program who are just begging for it to be over. They have had enough; they are done. They’d be happy if they didn’t see another bell pepper or tomato for the foreseeable future. Not me though. I like the challenge; hell, I thrive on it because going into an imaginary battle with my veggies is completely rational. They don’t know it yet, but I’m winning. At least according to my scorecard.

Before we get down and dirty with my veggies, I need to give a shout out to Heather at In Her Chucks for hosting our weekly link up. A big Kudos for bringing us all together because I love a good old produce party. Plus, it’s good to know there are others out there, who thrive on the madness only a summer of CSA loving can bring. It takes a special kind of crazy to handle twelve thousand bell peppers in three weeks.

Week Seventeen brought us a head of red leaf lettuce, more orange yummy peppers, a green and red bell pepper (no surprise there), six apples, one pumpkin (WTF!), green onions, and as luck would have it (she says while oozing sarcasm) more green beans. 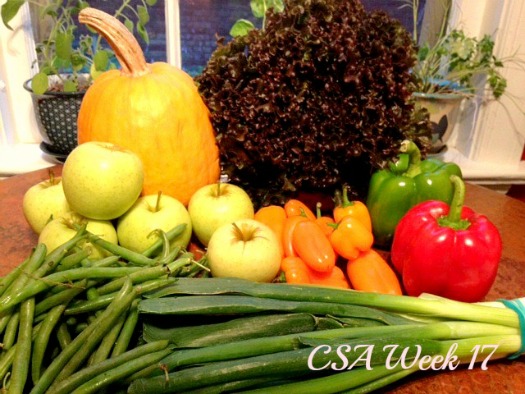 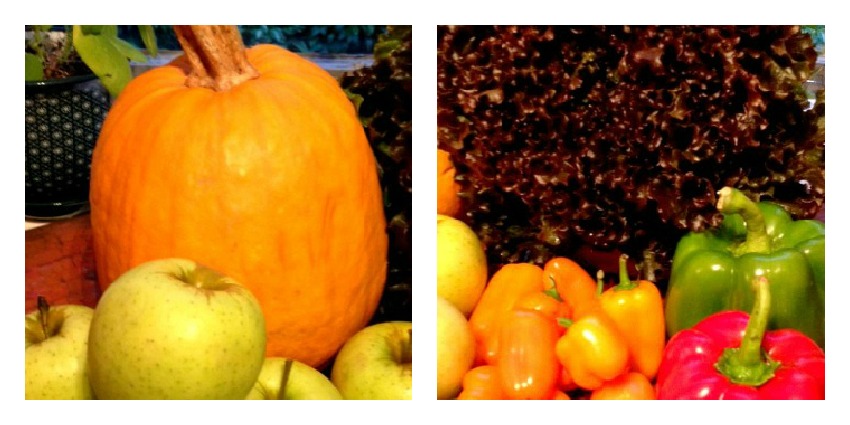 Now I realize I mocked all things pumpkin not too long ago, and I also prayed to the CSA gods to ease up on the green beans. Obviously my plea fell on deaf ears, and the joke’s on my because I’ve got an entire pumpkin to manage. In my defense (of course I have one; I always have a defense), I ridiculed canned pumpkin so I’m hoping the real deal is different. Any suggestions on what to do with him (it feels like a he)? Other than the obvious porch decoration, which really isn’t an option since my OCD would never tolerate the lack of symmetry. Now if I had two pumpkins we could talk, but just one, I’m afraid I’m going to have to eat him…somehow, someway. It’s the age of the internet; I’ll figure it out…hopefully before he rots.

In the meantime, let’s take a peek at what I did tackle in the past week.

I started last weekend with Apple Zucchini Spice Muffins from paleOMG. I was able to use some of the apples plus a lonely little zucchini from the ghost of weeks past, and yes, I realize the photo shows a squash. Consider it my creative license and run with it. 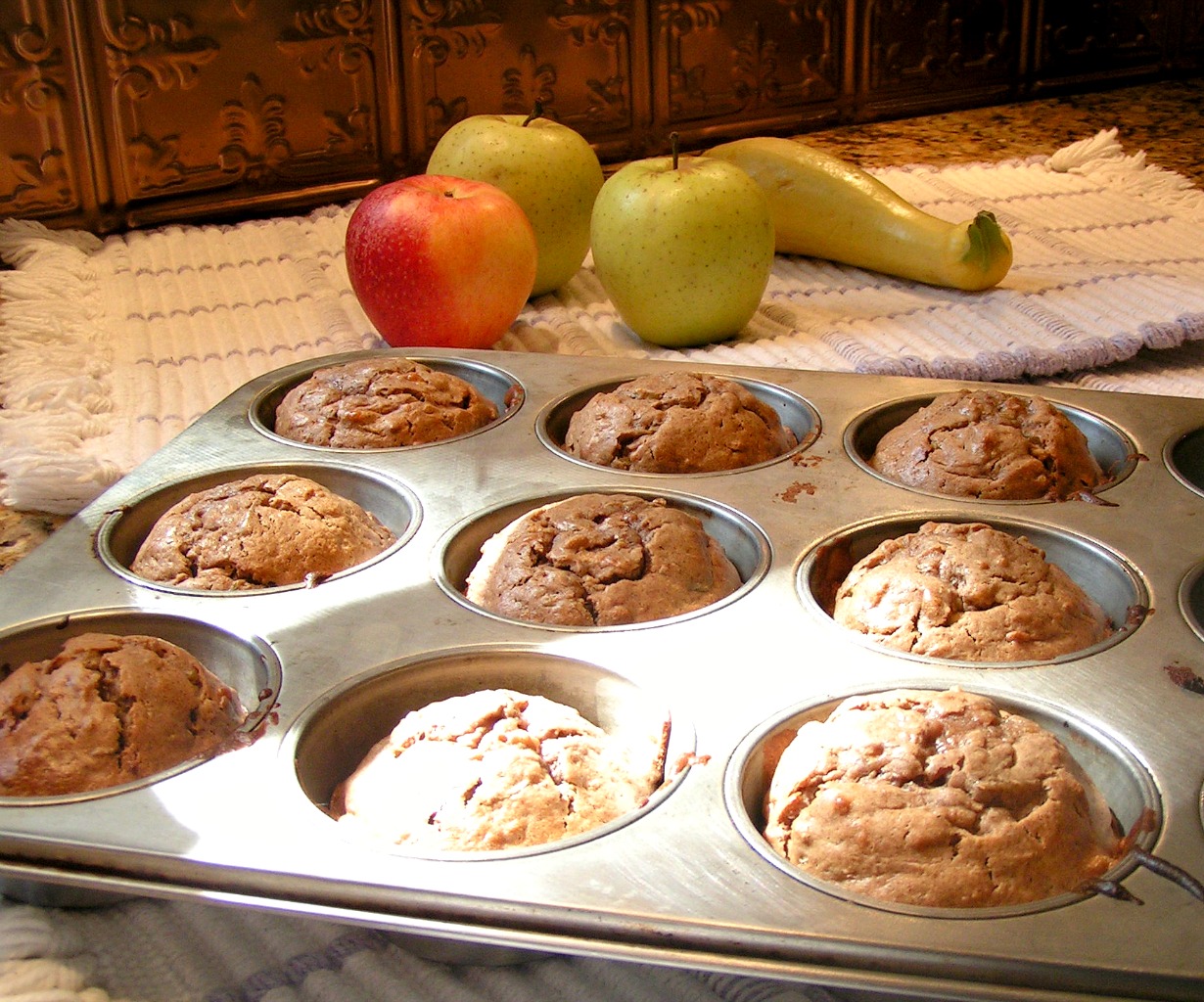 After waiting almost ten days, I finally decided to confront the green beans again, the best way I know how, in a Veggie Pizza, which also incorporated the last of the bok choy from week fourteen (it’s amazing how long it lasts in a crisper). This is my second time eating this bad boy, and it was just as good as the first go around. 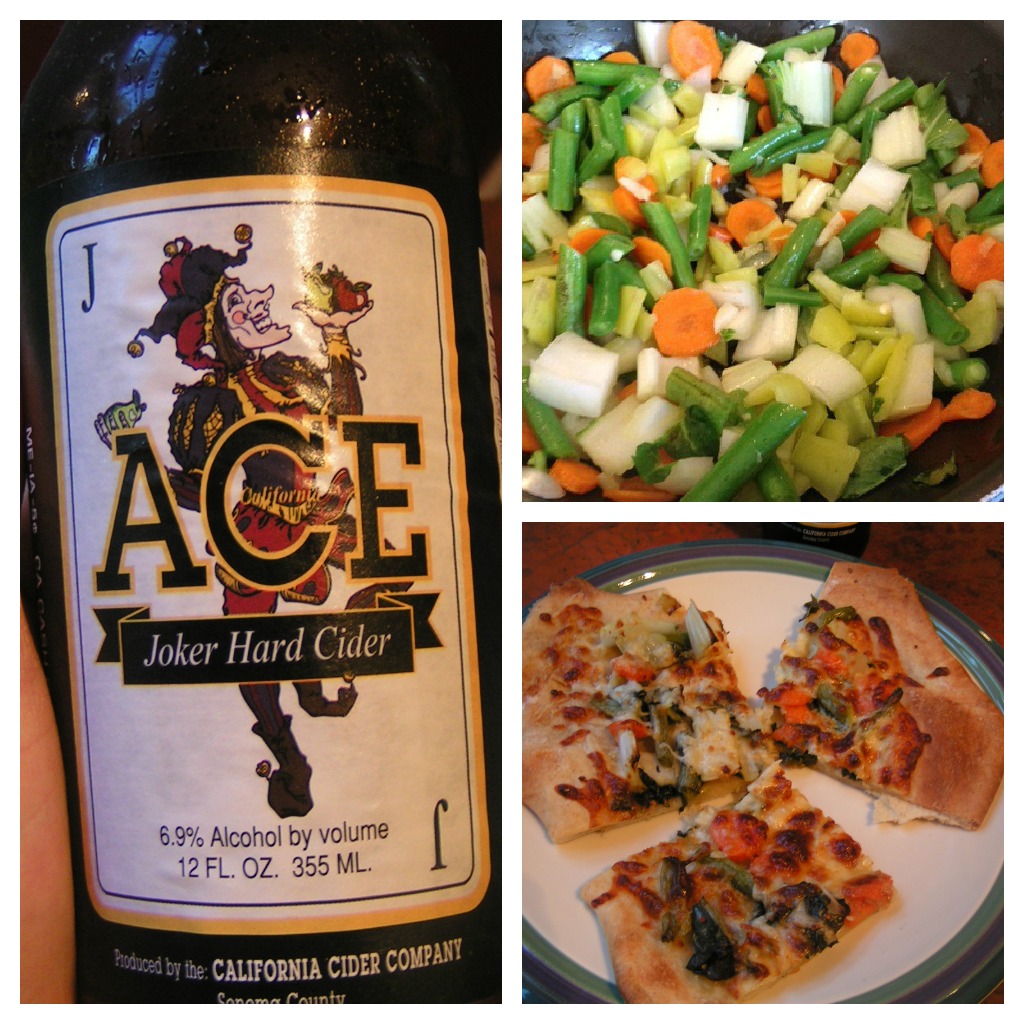 I put a small dent in the lettuce with a couple of salads. 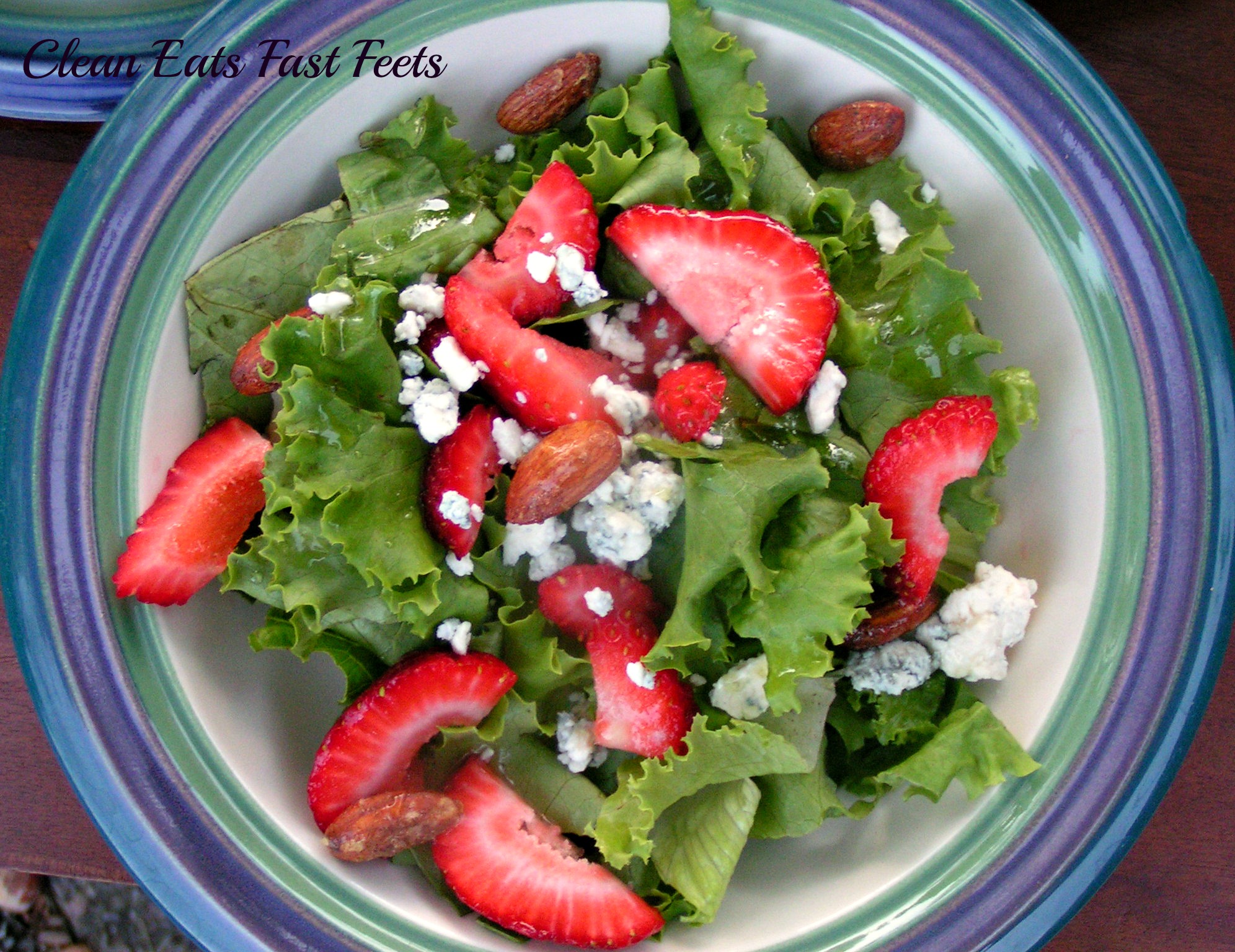 I tossed the tomatoes and onions from week sixteen in with my stewed lentils and carrots.

I decided to grapple with the green beans a second time (twice in one week). This time I sautéed them with a red onion (also from week sixteen), pine nuts and feta cheese. It was spot on delicious and brought me back to a time when grean beans and I were still BFF’s. The onion was so sweet and juicy (yes, juicy) and played so well with the creamy feta cheese and the crunchy pine nuts. I’d eat this again in a heart beat, green beans and all.

On the other hand, the fried patty pan squash (the weird thing on the plate to the left of my veggie patty) was really just Eh . Nothing to write home about and certainly not worth the calories. I should have known better than to fry it, but I wanted to try something different from what I’ve done in the past (stewed them, stuffed them, kabobed them). 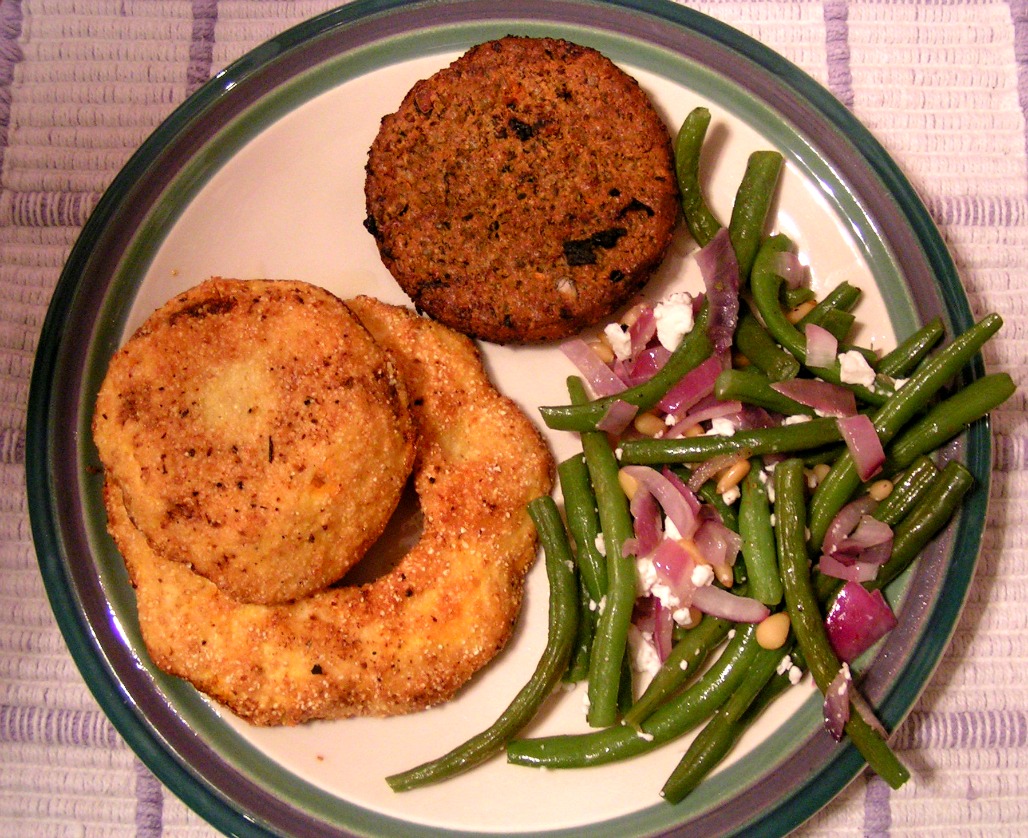 Most recently, I’ve been putting the bell peppers, the onions and the last of the tomatoes to use in Huevos Rancheros. This is so easy and so freaking good that I’ve had it the past two nights for dinner. It’s all melted cheese, succulent tomatoes, crisp green onions, carmelized veggies, and tender black beans on a bed of eggs with a base of corn tortillas. Can you say lick the plate good? Let me just say (as if you had a choice) if I wasn’t out of eggs, I’d be eating this tonight too. I may just have to hit up the grocery store on my way home from work. Mmmm, heuvos…… 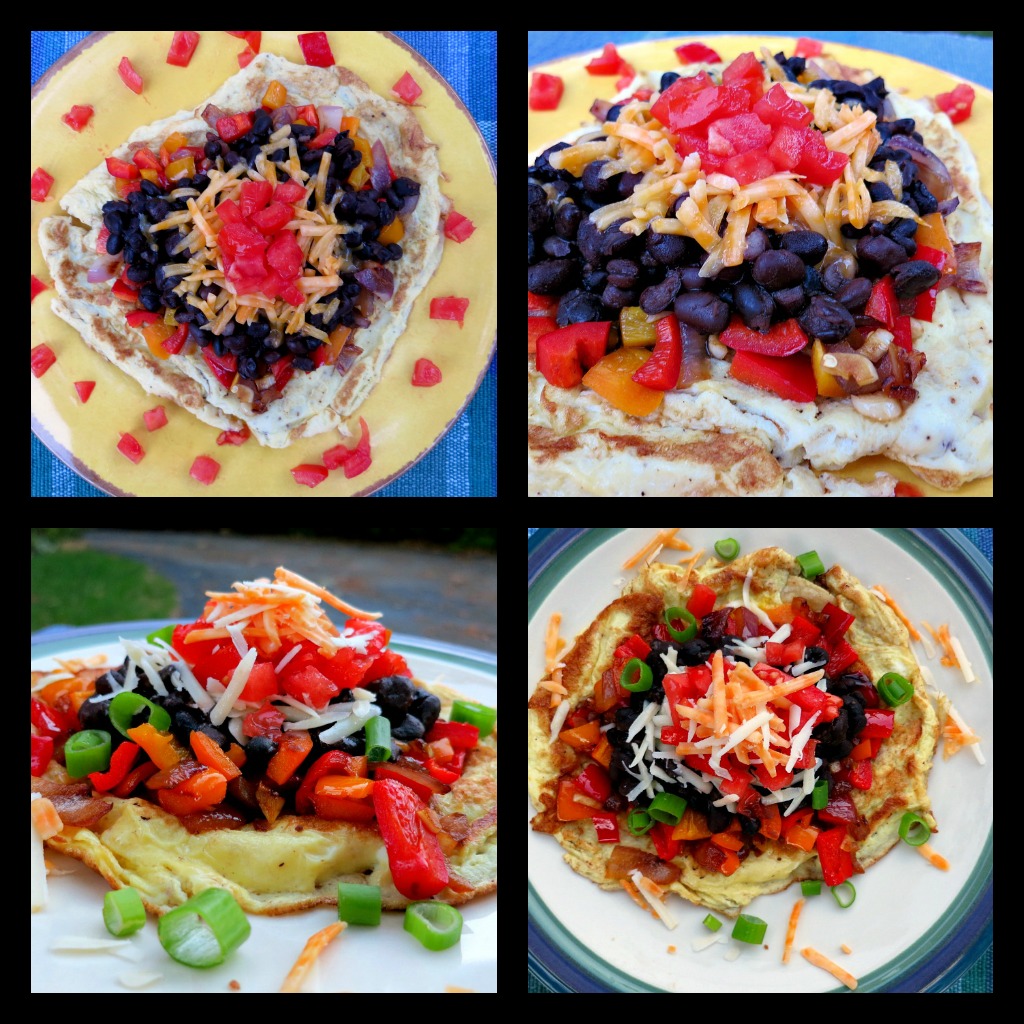 When it’s all said and done, I’ve still got lettuce. I’ve still got peppers (boy, do I still have peppers), I’ve still got green onions, and even one last serving of green beans, and I’ve got a pumpkin. Yep, so pretty much everything from week seventeen still remains, but it’s safe to say I demolished my produce from weeks past, and I have a freezer full of homemade chili, lentil stew, minestrone soup and pasta sauce. I’m like a squirrel stock piling my huevos before the cold weather hits because “winter is coming” (followed closely by Game of Thrones).

What the hell do I do with a whole pumpkin?  Anybody else sign up for a winter CSA?  Any exciting weekend plans? Any not so exciting plans?

« WIAW: The Monkey Edition
Put Down the Soda, Back Away From The Can »