You are here: Home / Good Eats / Week In Review: The More Than Words Edition

I’ve been known to talk a lot.

It’s true. On Friday, I did nothing but talk. It was actually my first completely photoless blog post. Guess I had a lot to say, which really isn’t all that surprising; hello, did you read my first sentence?

On Friday, I preached (Amen Sister! Give it to me!) about balance and today I want to do more than just talk. I want to put my money, also known as my lists, where my mouth is. Although not literally, because that would taste like cheap paper and blue dye, and I’ve got enough issues without having to worry about ink poisoning.

Instead of just talking about my lists, I’ve decided it’d be more fun to show you the real deal. Alright, you got me; I’m busted. I’m going to share my lists AND prattle on because um, hello, my first sentence pretty much says it all. 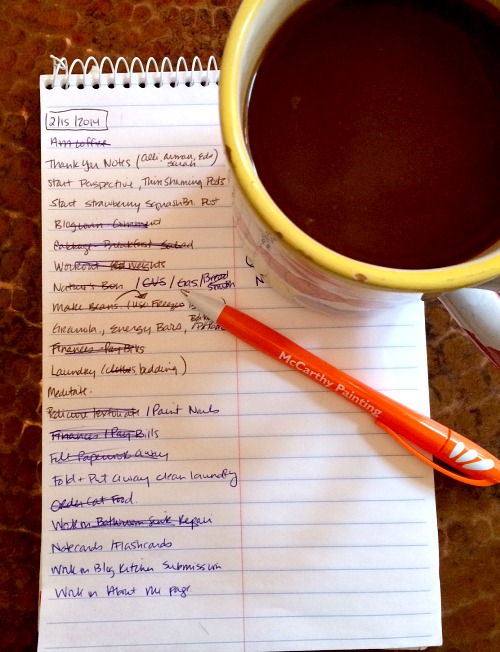 You will notice not everything got crossed off. When that happens, as if often the case, the unfinished items get moved to the next day. As much as I enjoy the thrill of the cross out and believe me there’s nothing quite like it, it’s rare all my things get done in a single day. 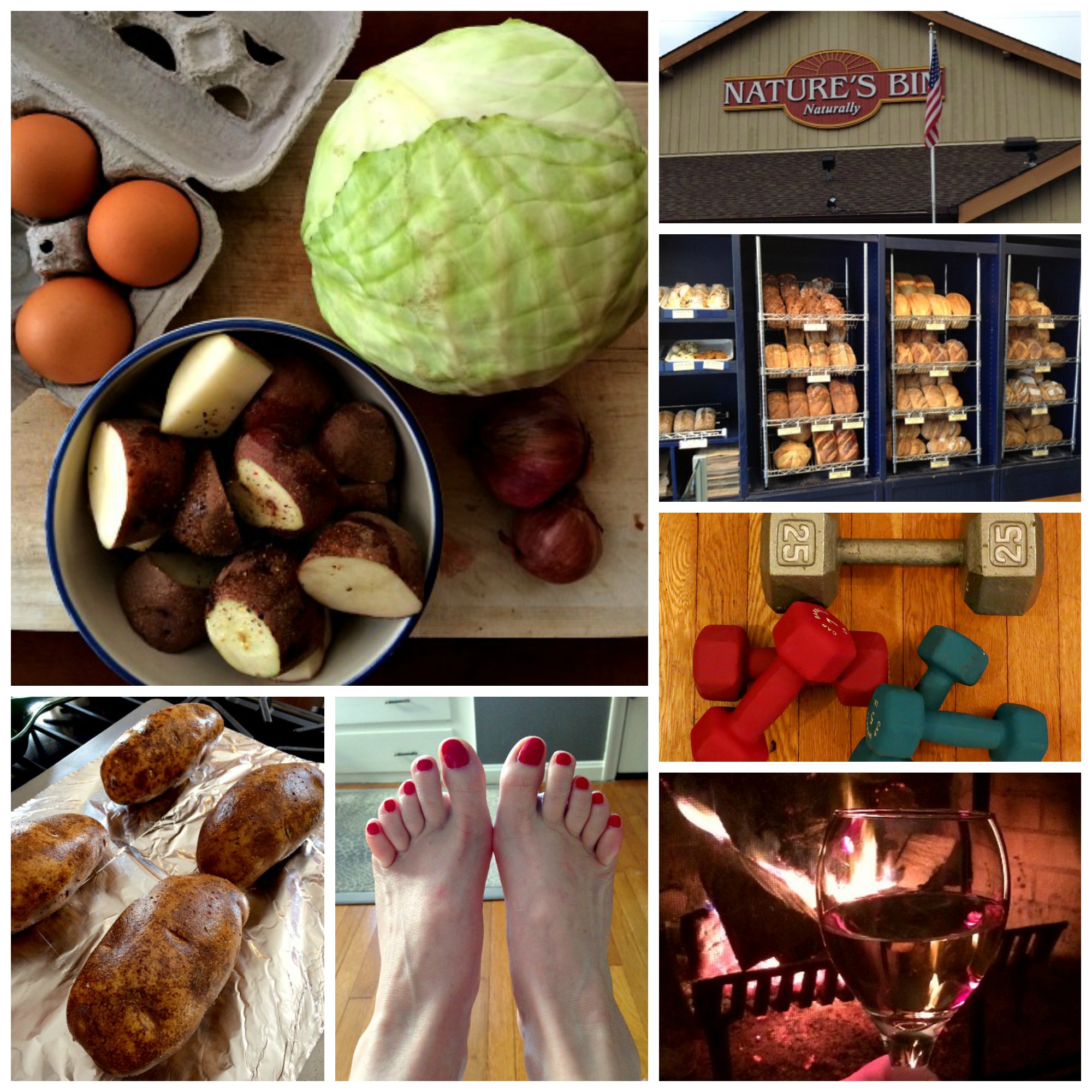 In clockwise order, starting from the top left because you know I need to have some type of order in my world. We wouldn’t want chaos in collage form, which is obviously a gateway drug to total anarchy and rabble rousing. Oh, that last one sounds fun though. How about structured and well planned rabble rousing? Yes, that’s much better. 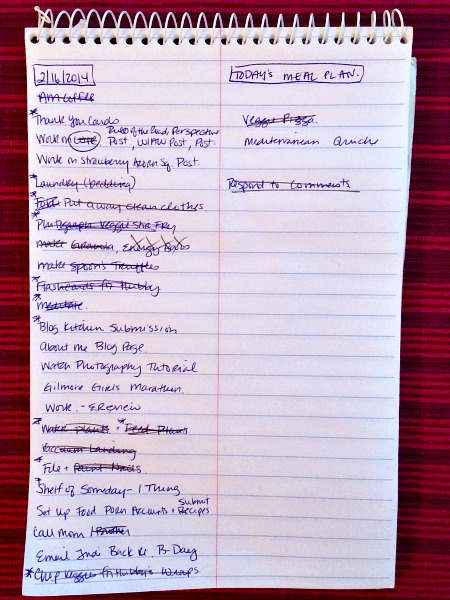 Another day, another unfinished list, which is the norm around these here parts. What’s not the norm is using phrases like these here parts. I’ve no idea where that came from, which brings us back to the norm. Look, we’ve come full circle. 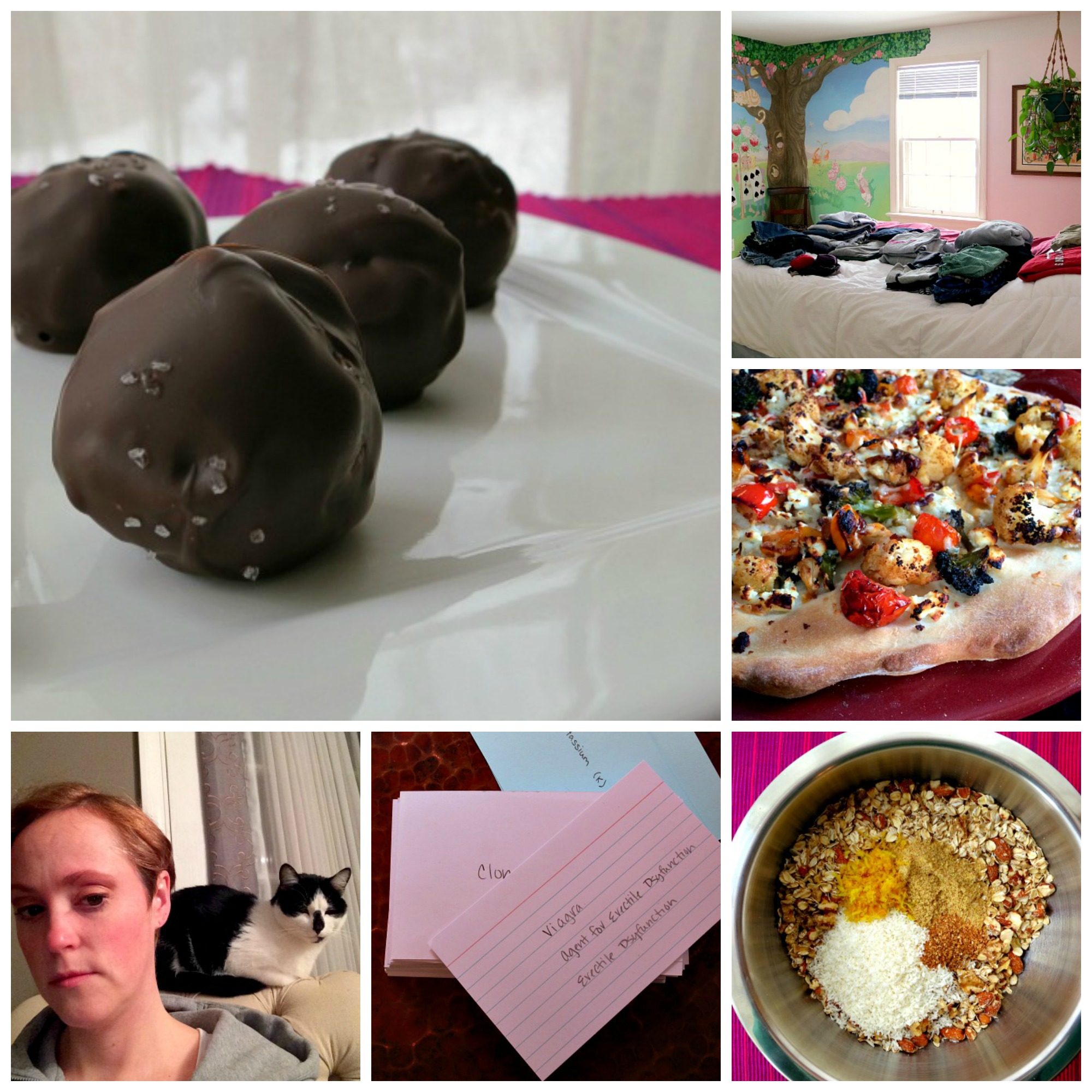 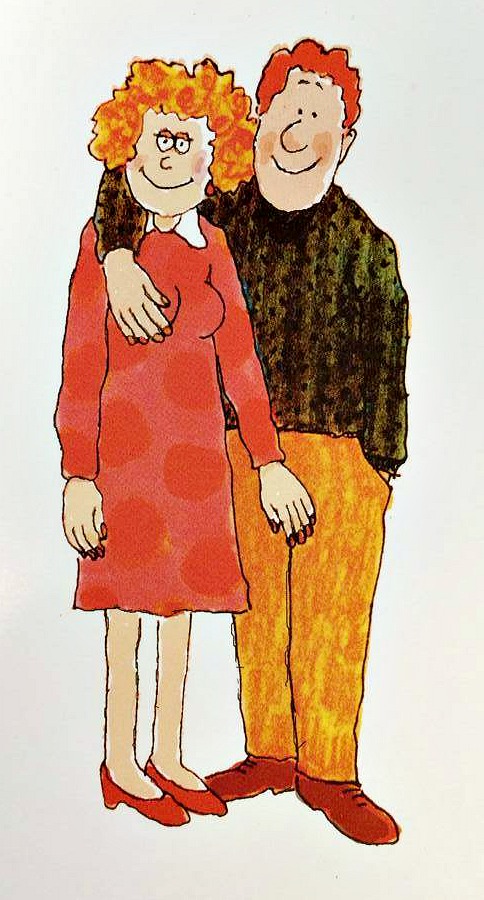 Oh and for those of you were just dying to know, which I suspect is really none of you, my Valentine’s Day was perfect. The Hubby was home and mad monkey love and Chipotle ensued; just not at the same time…not that there’s anything wrong with that.

Tell me one thing you did last week and one thing you ate last week? Do you have a Breadsmith in your area? Turns out they’re a chain, although mine is locally owned.

« Thinking Out Loud: Balance
WIAW: The Delightful and Delectable Day »