I’ve decided its high time I jump on the Currently train.

For those of you who have no idea what I’m talking about, which is likely the case more often than I’d care to admit, “Currently” posts are popular in the Healthy Living blogosphere. The idea is to answer the same questions every month about the current goings on in your own little world, and then share those same details with everybody else because I’m sure you’re all dying to know what I’m currently up to. You are dying to know right? On second thought, don’t answer that. 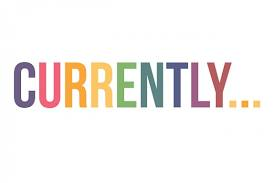 I find Currently posts intriguing because they’re snapshots in time, almost as good as looking at old photographs, maybe even better if I throw in some actual pictures. For example, here’s what I currently look like when I wake up in the morning. I give new meaning to the term #bedhead. 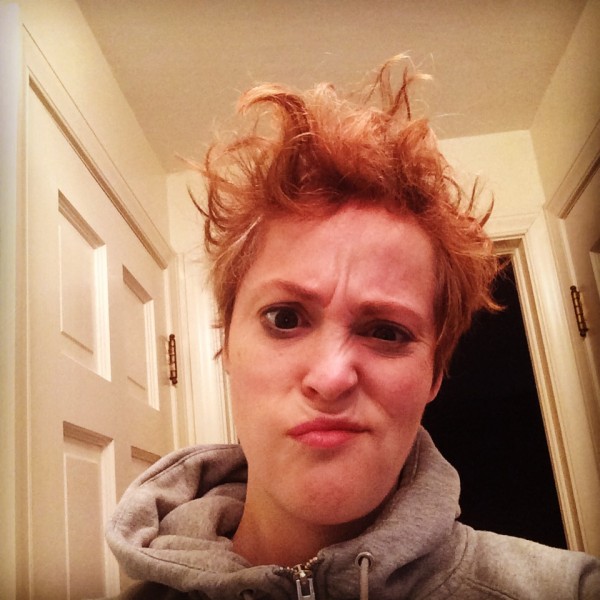 Even more appealing than crazy selfies is I don’t have to write an introduction for these posts, which for me is always the toughest part and the place I’m most likely to ramble. See paragraphs above if you need an example.

Enough chit chat. Let’s do this.

Current Book: A Feast for Crows, which is the fourth book in the series A Song of Ice and Fire or the more popular, albeit incorrectly known Game of Thrones. I’ve been reading this same book since December, which is just sad; almost embarrassing actually. However, I have a plan (of course I do), which involves reading more so I can finish some time this century, preferably before the fourth season premiers on HBO, which is set for April 6th. Guess I better get to stepping. Or really reading. 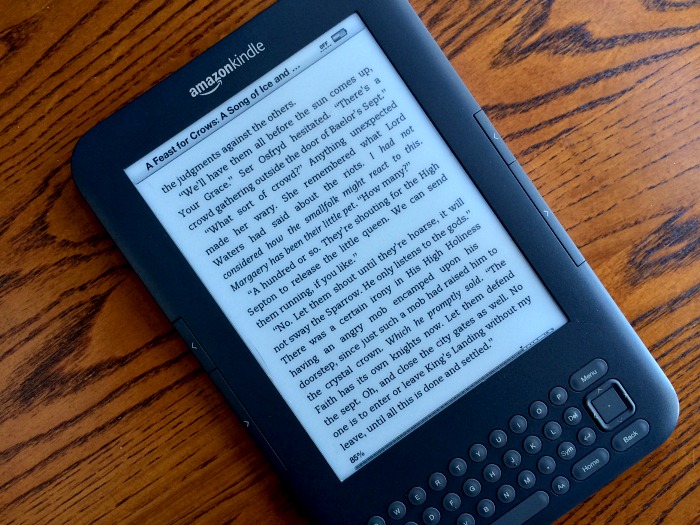 Current Music: I’ve actually been bagging music in favor of Podcasts lately. My girl Kristy started podcasting about lovely, local produce and I’m pretty much smitten. If you like whole foods with a side of naughty, she’s the podcaster for you. This week was all about “beeting” it. 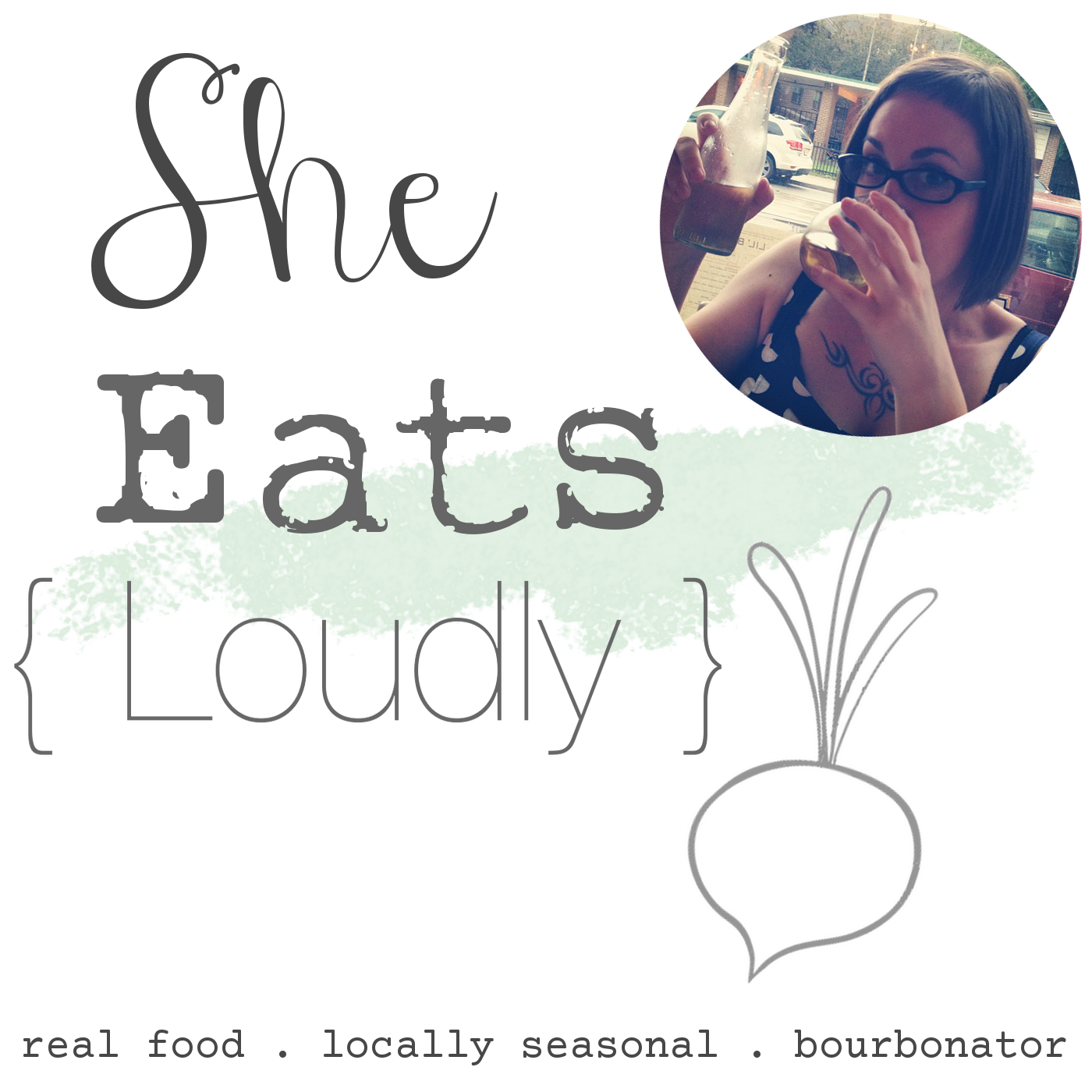 Current Guilty Pleasure: since I’m typing this up on Thursday afternoon, my guilty pleasure is sneaking out of the office two hours early today. Alright sneaking isn’t exactly the right verbiage since I did tell my boss, but it was unplanned, and it feels delicious.

Current Nail Color: clear. 99.2% I’m rocking a clear strengthener and that’s it. I can’t stand painting my nails, only to have them chip half a day later. Plus I don’t want to be bothered with the maintenance.

Current Drink: Coffee and H2O: one to dehydrate and one to rehydrate. Either way, I’m going to be peeing; a lot, because my bladder is the size of a pea. 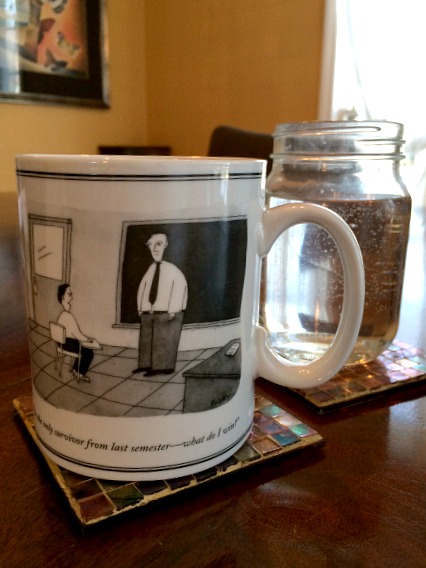 Current Food: I’m getting ready to eat a crapton of asparagus for dinner tonight, along with a fried egg and some roasted potatoes. I haven’t had asparagus in ages, so I’m ridiculously excited to dive into this. Stinky pee, here I come. 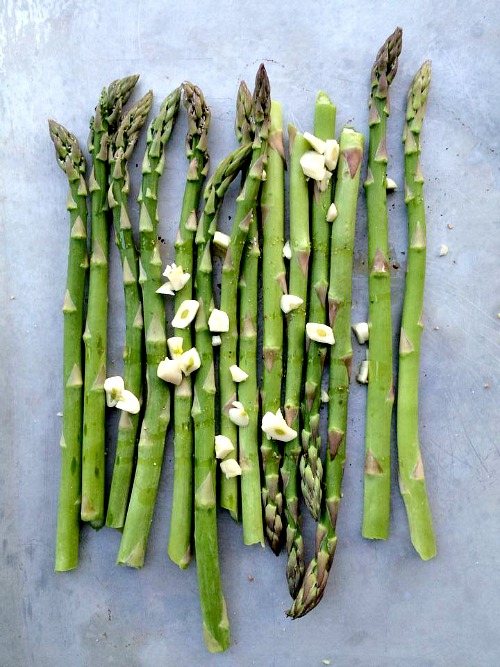 Current Favorite Show:  As much as I’m addicted to the Housewives of Every County, I find my brain cells slowly dying when I watch them. They’re like a train wreck, and I can’t look away. They’re not my favorite show by a long shot, but I’d be lying if I said I didn’t watch them.

Current Wish List: I wish I could slow down the physical aging process and make some of my new “laugh lines” disappear. Yes, that’s what I’m calling them now, despite the fact they’re not all on my face. Oh the horror!

Current Needs: a good moisturizer that will eliminate laugh lines, without costing a fortune, however I would consider taking out a loan to make this happen. If you saw the laugh lines where I saw them, you’d understand. Talk to me in ten years.

Current Triumphs: I won the burbee challenge at my gym not too long ago. I did 79 modified burbees (no push up necessary) in three minutes. Bam! Who’s your daddy!

Current Bane of Existence: I have to take Max to the vet on Saturday. Anyone who owns a cat knows this is no easy feat and chances of injury are high.  He’s also lost quite a bit of weight recently, despite his love of baked goods, so I have some concerns. 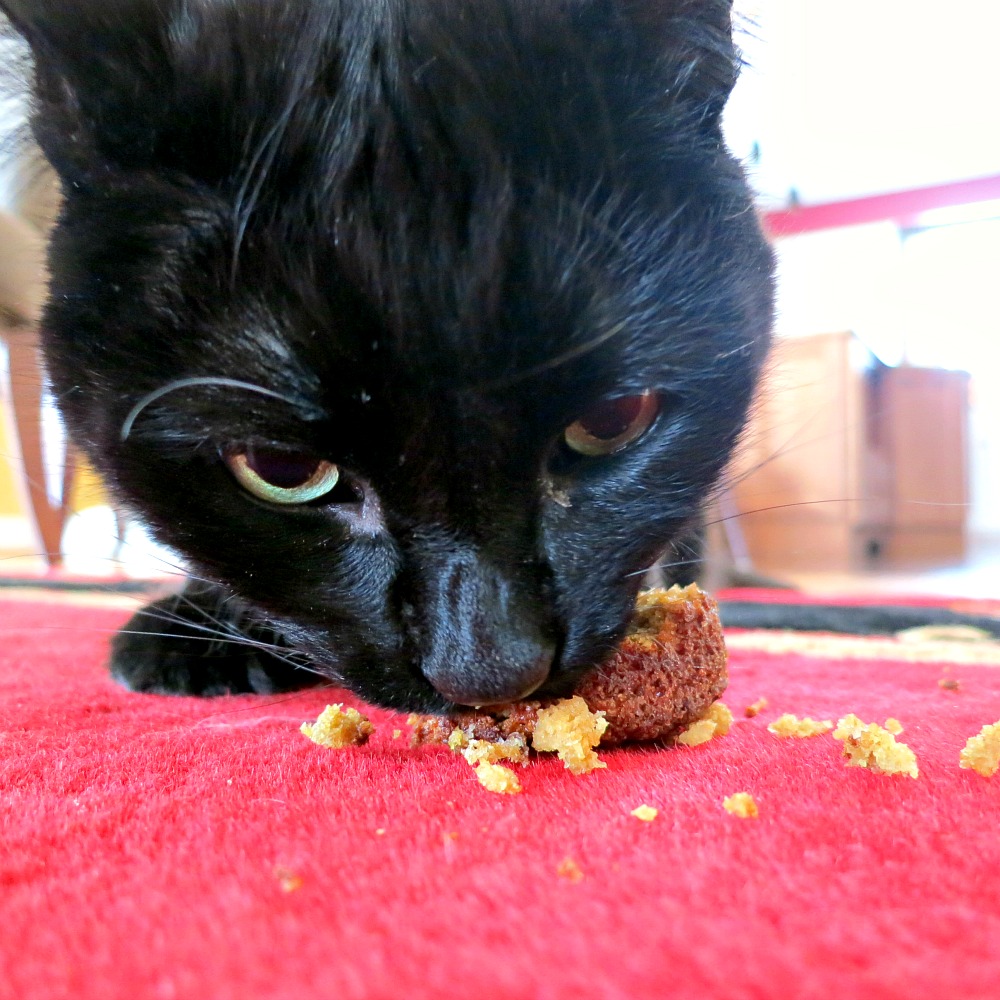 Current Indulgence: some Enjoy Life Chocolate Chunks, eaten directly out of the bag. My sweet tooth is alive and well.

Current Blessing: sneaking out of work early and having three extra blissful hours free to write this blog post and eat massive quantities of asparagus.

Current Outfit:We had a jeans day at work, which meant I had to take a picture of my ass because they’re the only pants which make me look like I have some junk in my trunk. They’re also practically painted on and even then it’s hard to find my booty. Sigh. 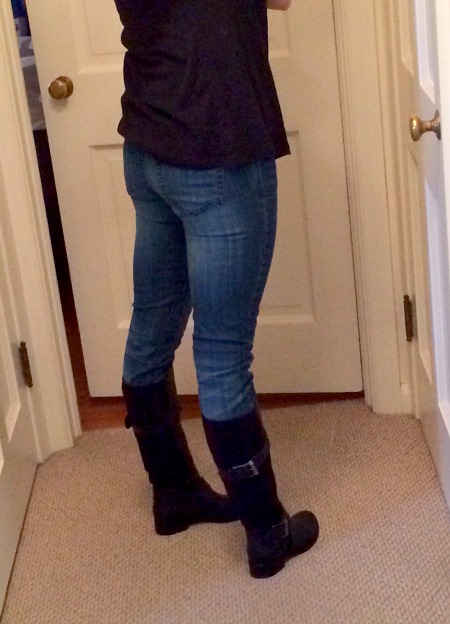 Current Excitement: a certain package on my dining room table. Not that kind, you dirty birdie. Besides the Hubby doesn’t come home until Friday. No, I’ve actually got a birthday coming up where I plan to get another year wiser, certainly not older and I’m assuming this is an early gift. I’m waiting for the big day to actually open it, so I hope it isn’t perishable. Family, email me if it’s perishable. 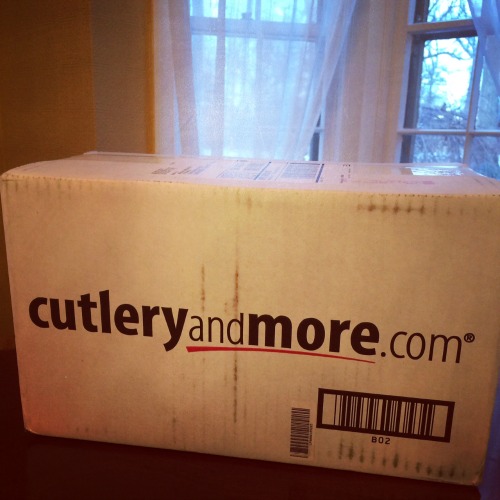 Current Link: I actually have three links open, and they’ve been that way all week long. I need to overhaul my Recipe section, and I’m trying to figure out the best way to do it. Recipage vs. Ziplist vs. Recipe Index. So many choices, so many consequences, and so much technical jargon I don’t understand. Any suggestions? I’ll pay you…in granola.

Current Mood: content. It’s a little after eight thirty now. Yes, I started this post hours ago, but I took a break for dinner (the asparagus was phenomenal; thanks for asking),  changed into my casual clothes (i.e. sweatpants and a hoodie), did a five-minute meditation, and took out the trash AND the recycling (it’s a dirty job, but somebody’s gotta do it). I’m now comfortably full, slightly drowsy, typing away and sitting Indian style, while a feline sleeps in my lap. 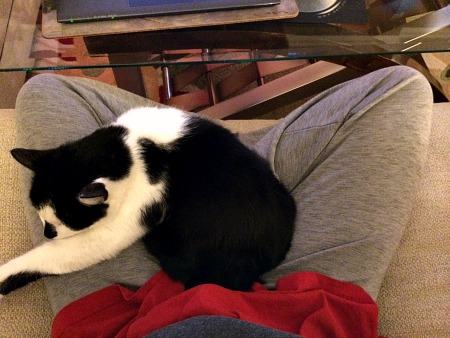 On that note and since I’ve completed all the “Current” questions, I’m going to call it an early night so I curl up in my white feather down comforter, along with my trusty Kindle and put a nice solid dent in A Feast for Crows. Au revoir mes amies.