Shocking, I know. It would be more disturbing if I went all weekend without putting pen to paper and crafting an itemized itinerary.  Yeah, that would be totally awkward. The very idea is making me slightly queasy.

I actually made a special list. A list outside of my usual and daily To Do lists, a list entirely different from my grocery store list, a list of pure unadulterated kinky kitchen action. Forget about hanging out in the city, this weekend was all about ♫ Hot Child in the Kitchen ♫.  I realize my version is slightly less catchy than the original song, but seeing as most of you are too young to know what I’m talking about anyway, I’m singing it ♫ My Way ♫. I could throw a little Frank in here too, but then you’d be totally lost. Assuming of course, you aren’t already. 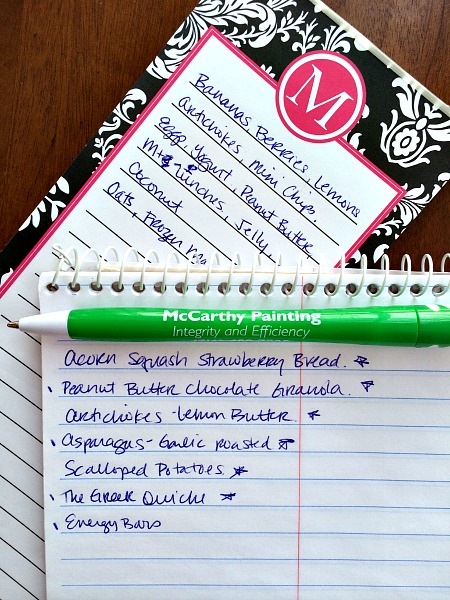 For reasons unbeknownst to me, the Hubby has a plethora of food, an abundance in fact, which means for the first time in a while I could spend my weekend unchained from the kitchen, doing whatever it is that makes me happy. So I decided to spend my weekend in the kitchen, recipe testing. Obviously. ♫ Hot Child in the Kitchen ♫.

Besides when you get bit by the cooking bug or when you’ve got the itch, you roll with it or if you’re smart, you get to the doctor and get that shit checked out. Rashes ain’t no joke, which is why today’s Week In Review is all about the recipes I tested in the past two days. *Cracks knuckles. One at a time, because that’s not creepy. 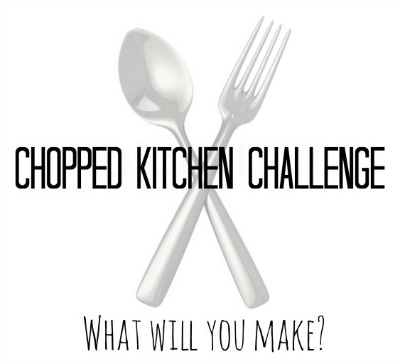 I’m working on a quiche I like to call “The Greek,” which incorporates artichokes along with other flavors of the Mediterranean and automatically brings to my mind a topless John Stamos. Just me? That’s weird.

This is my third time making this quiche, my second time photographing him and let me tell you, he is officially ready for prime time. Now if I only I could find someone to type up the recipe, along with an equally fitting description of what The Greek entails; with or without visions of John Stamos dancing in our heads. Although I prefer with, or really the Hubby, but since he isn’t actually Greek nor looks Greek, I gotta go Stamos on this one. 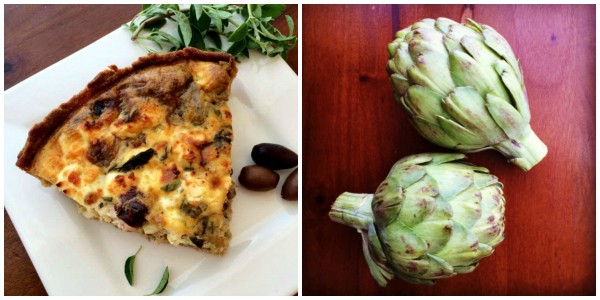 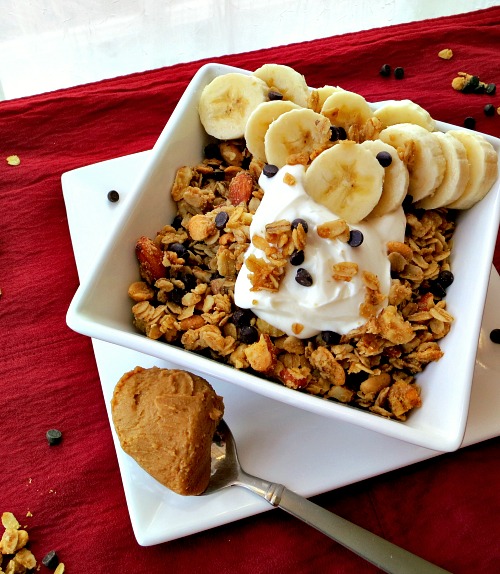 This was perfection on the very first go around, which means I should probably listen to the Hubby more often, although don’t tell him I actually said that. We wouldn’t want him getting an inflamed ego. It might detract from mine, and we can’t have that, now can we?

Of course, it doesn’t hurt that asparagus is titillating, a “delicacy of the vegetable world,” no less. It also finally came down in price at the grocery store, which means I can buy it in mass quantities and of course consume it at the same rate. That is when I’m not rolling around in it, on the floor. What? It’s got anti-aging properties. Don’t judge me. Besides, I’m a ♫ Hot Child in the Kitchen ♫. 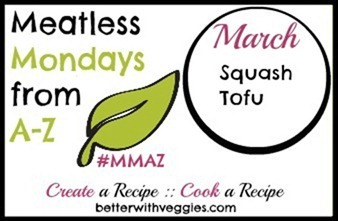 This bread is sweet, without using buckets of white sugar. The Acorn Squash coupled with the Greek yogurt, almond milk, and a whole egg make it incredibly moist and give it a little protein boost, without using the powdered stuff. There are hints of juicy strawberries and warm notes from the cinnamon and nutmeg. 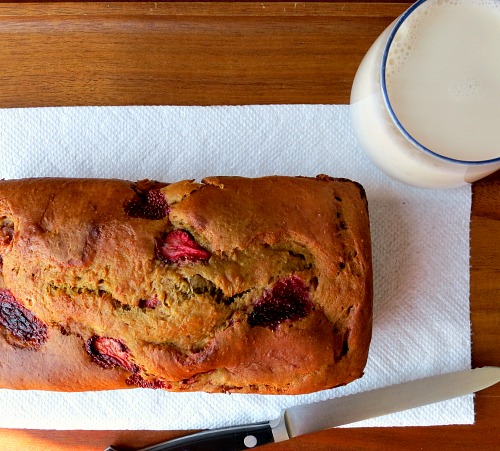 It’s particularly good fresh from the oven or nuked in the microwave for a few seconds and then topped with butter. Since there’s no oil or butter involved in the actual recipe, you won’t feel guilty topping it with real, good for you, keep you satiated stuff. Not that I would have felt guilty anyway. You know better than that. 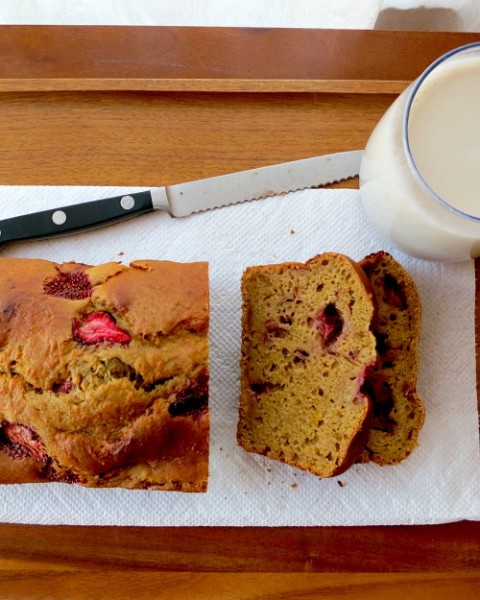 *Acorn Squash Puree: I start with an Acorn Squash. I cut him in half, scoop out the seeds, and roast him, flat side up for 30 to 45 minutes at 350 degrees. He’s done when his flesh can be easily pierced with a fork. Once he’s cooled, I scoop the squash into a bowl and use a potato masher to turn it into puree. 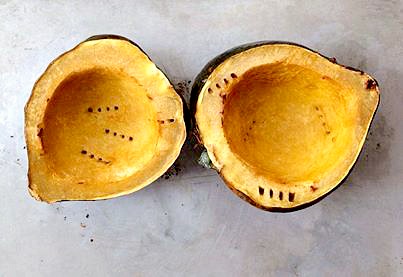 What did you cook this weekend? Anything exciting? What Spring Vegetable are you eager to get your hands on? Do you ever get bit by the recipe testing bug?

In addition to the above, today’s post is linked with Laura’s Strange But Good, She Eats Fresh Food Wednesdays, Anyonita Nibbles Tasty Tuesday’s, Hun… What’s for Dinner’s Simply Supper Tuesday’s, and  Buns in my Oven What’s Cookin’ Wednesday.