You are here: Home / Reflections / Week in Review: Colds, Cookies and Carousing (#119)

That cold I alluded to in my last WIR…yeah, Ave definitely caught it. She was down and out most of the week, and we skipped our weekly activities in favor of curling up on the couch with a blanket and lots of Elmo.

If you thought men were bad when they were ill, you have never seen a sick toddler in action, or non action as the case may be. Ave hasn’t been this still since she learned to crawl.

(Of course, this doesn’t pertain to you, Hubby…cough, cough).

Aside from peanut butter chocolate smoothies and ice cubes, I could barely get the tiny human to eat, and when her attention wasn’t focused on the television, she’d cry mainly because she just felt shitty and didn’t know how to say it. I totally get it. 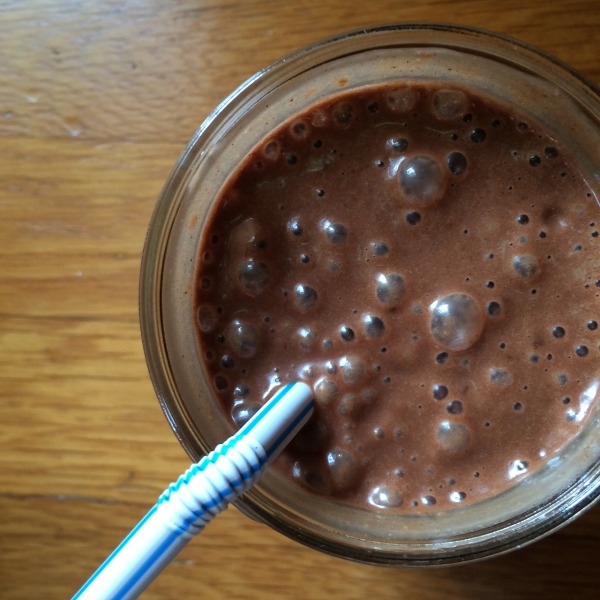 (I packed these smoothies with dates, peanut butter, yogurt, spinach, flax powder, bananas, and oats to up their nutritional value.)

So last week was lots of screen time, sweet treats and snuggles. Oscar even got in on the latter action, once Ave got past the fact Oscar was sleeping on “her blanket.” She’s becoming a bit territorial and by bit, I mean immensely. 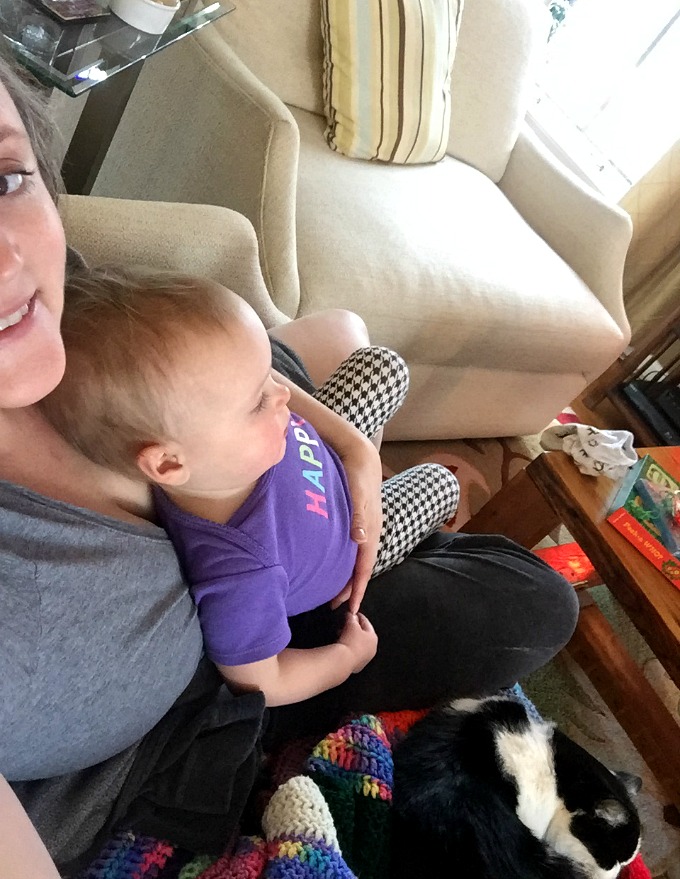 We had a couple of healthier days, where we ran errands and played outside for a few minutes until Artie, the neighbor’s dog, ran off with the tiny dictator’s pink mitten. One meltdown, a recovered glove, and a spent mommy later, and everything was back to rights. 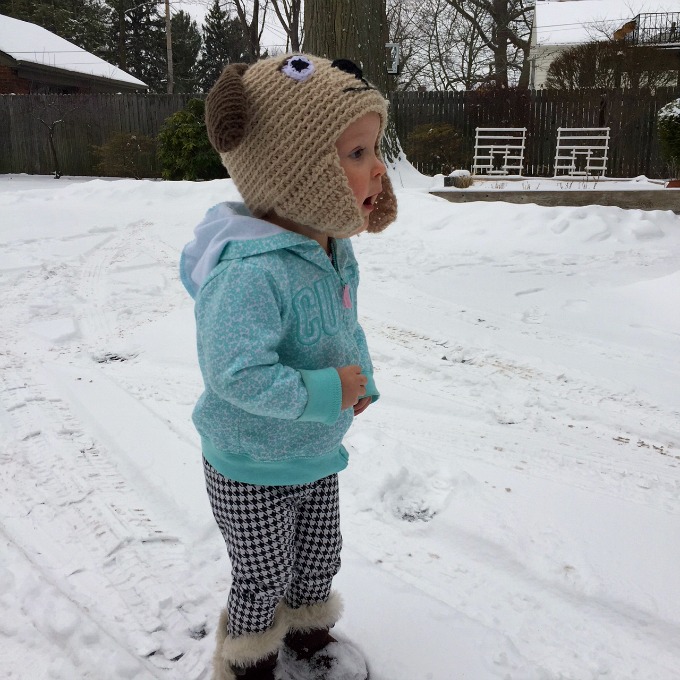 Ave and I did a little baking and made snickerdoodle cookies for her bestie’s birthday party. I’m working on a recipe for snickerdoodle granola, and what better way to make sure I stay true to the actual cookie, than by making the real deal themselves. You will thank me later. 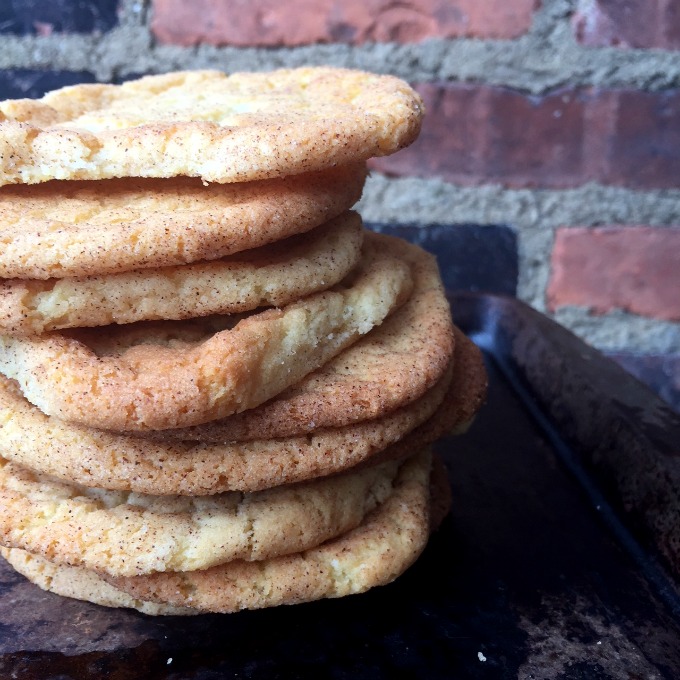 For my part, I did soooo much laundry and cleaning in an attempt to eviscerate the germs from our house. Every blanket and bunny got washed and neither a doorknob nor a light switch was spared.

Last but not least, I managed to work out four times on the elliptical in our basement. It’s a pain in the ass to motivate myself, but I always feel better afterward. 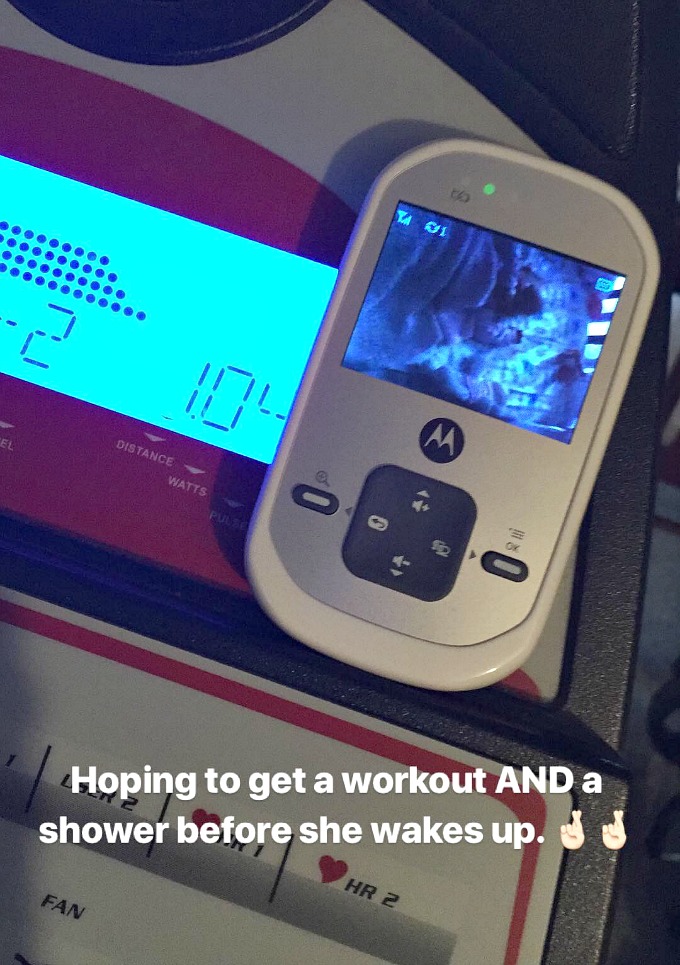 What is something you accomplished in the last week? Big or small. Any advice for a sick toddler, other than watching television?