You are here: Home / Reflections / Sauteed Asparagus with Kalamata Olives and Sun-dried Tomatoes

Asparagus is a staple in my house, despite it’s odoriferous effects, or maybe even because of it. My emotional maturity level is pretty low.

Asparagus is one of the green veggies Ave will happily eat, even though she is absolutely adamant they’re green beans, and we’ll spend the vast majority of our meal arguing this point. Eventually I cave because toddlers are not rationale. Plus, she is stubborn that child of mine. I have no idea where she gets it (cough, bullshit, cough). Probably from the Hubby (cough, still not true, cough). 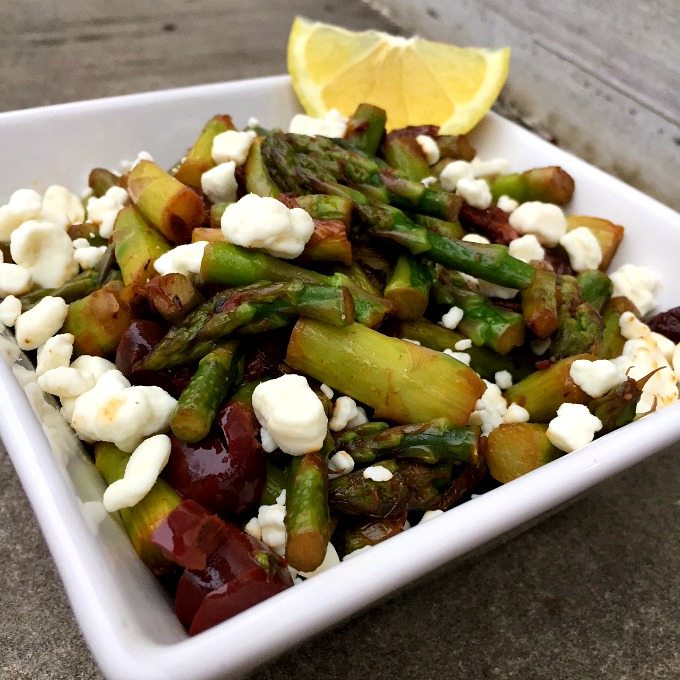 Last week, I asked the tiny human to pick between broccoli and asparagus at the grocery store, and she went with the latter, so you can thank my mini-minion for this week’s recipe. Then again, she thinks their legumes, so whatever.

On a typical day, I’ll roast my asparagus in the oven with a splash of olive oil and loads of garlic to keep the vampires away; obviously, but I wanted to shake things up and try something new today. 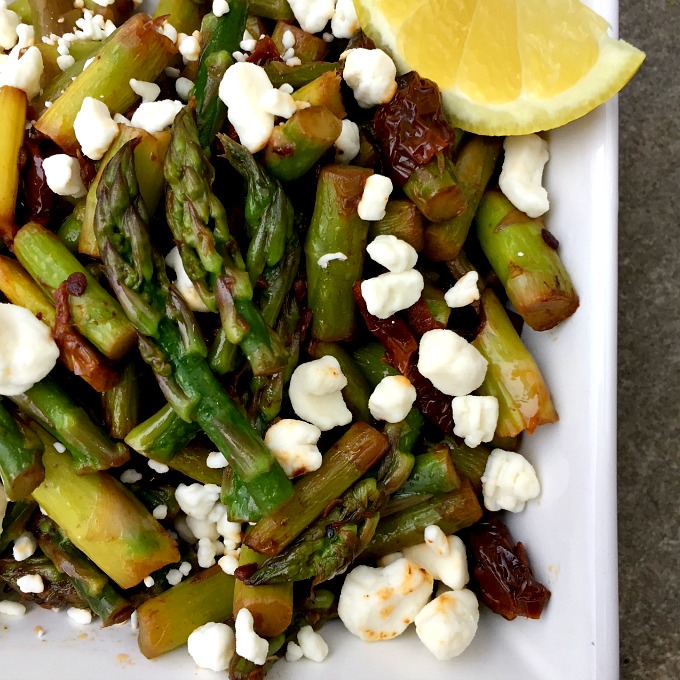 Since I had no real leanings of my own, I let my fridge and pantry do the talking. The kalamata olives practically screamed my name, although that could have been Ave in the living room, while an unopened yet expired jar of sun-dried tomatoes begged to be used. A quick sniff test proved the tomatoes still had fight in them yet, so into the pan they went, along with the diced asparagus and a healthy glug of olive oil.

A tiger can’t change all her stripes at once.

I did skip the garlic though, so I guess I’m an easy target for the coffin sleepers now. Maybe I should go hide or put a crucifix above my bed for extra protection. Or maybe I should just get back to the recipe. 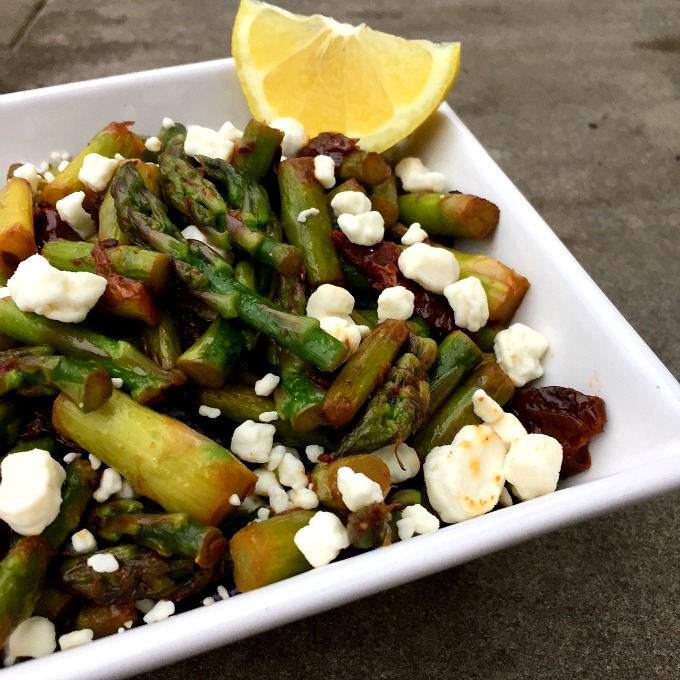 Anyway, once the asparagus was completely cooked, I added the olives and thew in some goat cheese, because the tanginess pairs nicely with the kalamatas and the sun-dried tomatoes. Also, you never need an excuse to add cheese. My final step was splashing the entire concoction with a little lemon juice so it would all play nicely together.

While the end result won’t keep the night walkers away or your own toddler from arguing with you, I can promise it will make your mouth sing.

This #asparagus is bursting with flavor thanks to #kalamata #olives, #sun-dried tomatoes, and #goat cheese.

I have no idea why I went on a vampire tangent today. I haven’t watched any scary movies lately or read any creepy books. Apparently, Ave doesn’t have the market cornered when it comes to being irrational.