You are here: Home / Good Eats / What I Ate Wednesday: The Keeping It Real Edition

I thought we’d shake things up a bit today.

Don’t worry I still plan on participating in Jenn’s What I Ate Wednesday link up. I’d have to be bat shit crazy to voluntarily skip that kind of fun. Oh wait…

For the past few months now, I’ve been sharing a total day’s worth of food, and I still plan on doing more of the same. Hell, it might be awkward if I didn’t, in light of my diatribe about WIAW rule breakers. So I’ve been sharing my eats, week in and week out, but they’ve almost always been my weekend meals; the ones I’d like to think of as my ‘pretty meals.’

Well, I’m putting my foot down. No more pretty meals. Not here. Not today. Stomp….bam…crash…ouch.

Instead, in the words of ODB (Ol’ Dirty Bastard), I’m “keeping it real, son,” because today I’m sharing my low down and dirty eats. It sounds good already, doesn’t it?

I’m sharing the kind of food I eat the majority of the time. The kind that make up my usual workday, poor lighting and all. The kind you might correctly call my Monday meals.

The kind where I eat my banana in privacy. That’s right; you’ll just have to use your imagination.

I’m sharing the kind of eats, where my meals aren’t staged unless you count my rather fine plastic cutlery and the Greek God in the background. Greek Gods always add a little je ne sais quoi to photos. A little Orange Cranberry Granola doesn’t hurt either. 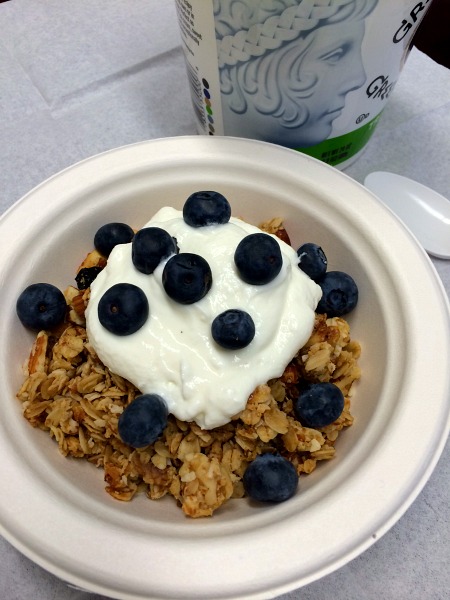 I’m sharing the kind of eats where I use my iPhone to snap a quick picture because pulling out my full on camera at a rare work lunch out might seem weird. The kind where a giant black bean veggie burger and barley salad leave me totally satiated and snack free for the afternoon. 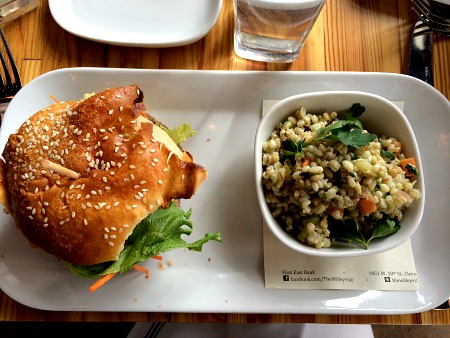 I’m sharing the kind of eats I consume when I get home after a long day at the office, followed by a quick Turbo Kick class. The kind where cooking can be a stretch, so you can forget about elaborate creations. The kind where dinner is happily eaten in front of the computer, while catching up with some of my favorite blogs. 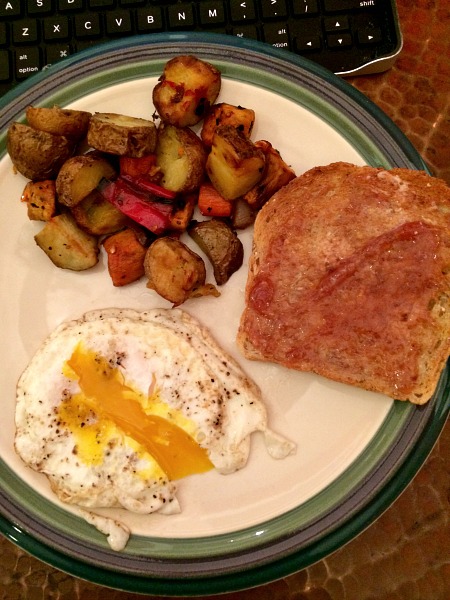 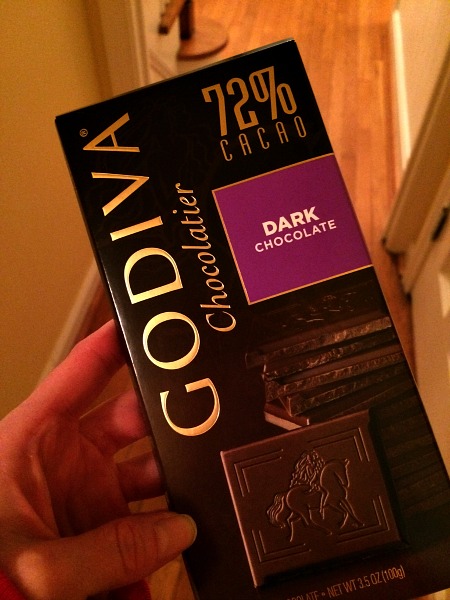 Since I’m all about keeping it real today, you should also know my hair is naturally curly or wavy or frizzy or something along those lines. This is also the first time I’ve worn it this way in YEARS. 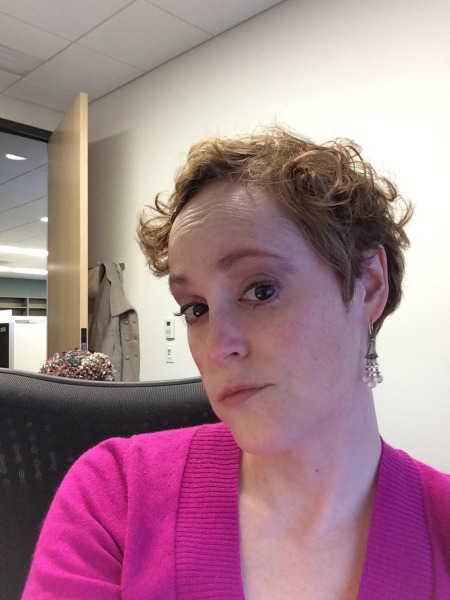 What’s a real day of food look like for you? What do you normally eat after a long day at the J.O.B.? Do you rock your ‘natural’ hair, either in color or in style?