You are here: Home / Good Eats / In the Interest of Zucchini

I know you woke up today with zucchini on the brain.

I certainly did, which I’m sure is par for the course for all you meat eaters because nothing says “Good Morning” quite like zucchini.

Part of the reason for my zucchini addled brain is because we are getting two to three zucchini/squash in our weekly CSA share, and it’s rough trying to keep up. I’m up to my eyeballs in zucchini, I’m completely surrounded and they are taking over. Alright, that’s not entirely true; I do have a lot of it, but it’s in the refrigerator, neatly washed, lined up and color coded, just waiting to be used. The thought of being completely surrounded by anything makes my skin crawl (unless it’s the Hubby). You see I might, and I stress might, be just a bit of a clean freak, with a teaspoon of crazy thrown in for good measure. I don’t do clutter and am scared of people who do, since I find clutter horrifically disturbing. It’s also a pain in the ass to keep it all clean.

A few years ago, I went alone to a complete stranger’s house for dress alterations. I had never met the woman before but she came recommended and was affordable, so I figured it was worth the risk. Mom and Dad, I’m sure this might seem a little irresponsible, but rest assured I had the situation under control, and I know karate. Alright, that’s a complete fabrication, but I can scratch and pull hair with the best of them.

The seamstress was a very friendly retired woman living in a ranch house south of Cleveland. From the outside, all appeared to be normal, but from the inside… well let’s just say, the inside told a completely different tale. Cue scary music.

Every, and I do mean every, surface was completely filled with memorabilia, trinkets, knick knacks and collectibles (just reliving this gives me goose bumps and not in a good way). The end tables, the television stand and even the chair rail were covered in family pictures and other trinkets. And once she’d run out of horizontal surfaces, she went vertical. 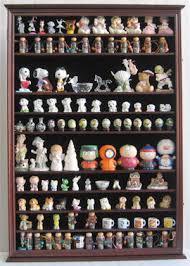 They were standing and hanging curio cabinets with beanie babies, spoons and shot glasses of the world, and bizarre dolly figurines. The walls were absolutely covered in crap, and I was most definitely surrounded. The whole thing was creepy, and I wanted nothing more than to run screaming from the house, but I didn’t want to be rude either (should etiquette matter when your life is potentially on the line?), so I quickly changed in her equally cluttered bathroom (I swear the doll eyes’ were following me), got altered and high tailed it out of there, never to return. Well except to pick up the dress. But that was the last time, I swear.

I’m sure your asking what clutter and zucchini have in common, and sadly I don’t see a connection, but my self-diagnosed ADD doesn’t seem so far-fetched after all….back to the zucchini.

As I was saying, before I completed side tracked myself (this is my brain on zucchini), the Hubby and I are getting a ton of zucchini loving in our weekly CSA share, which would normally be awesome, except the Hubby isn’t really a fan. I like zucchini so in non-CSA months, I occasionally buy it, chop it up and stir fry it along with some other veggies. The Hubby usually eats a bite or two and then slowly transfers any remaining pieces to my plate. This is a problem because even though I like zucchini, I can’t eat the mass quantities we get all by myself, and I wouldn’t want the Hubby to miss out on all the great health benefits, so I’ve had to get creative.

Awhile back, we made Zucchini Fritters with a Honey Mustard Dipping Sauce and most recently the bold and beautiful, Vegetable Tian. Look how sassy she is hanging out with the sweet potatoes.

This week though I thought I’d try Zucchini Roll Ups because they looked super pretty on Pinterest (I’m a sucker for pretty food) and were filled with goat cheese and spinach; what’s not to love.

Looks, you evil shrew, why are you so deceiving (how did I not learn my lesson with Brad Pitt in Thelma and Louise). The flavor actually was pretty good, but I couldn’t get past the zucchini being the wrap; it was very meaty (Boo Hiss), strange and off-putting. The Hubby and I each tried one and then just stared at each other for a full minute, neither of us willing to say what we really thought. Finally, I broke the ice and said “I’m not sure how I feel about these.” The Hubby, always one for positivity said “the middle part is good,” but I noticed he didn’t go back for seconds. So, I did what most people would do; I skewered the roll ups with toothpicks and stored them in a Tupperware with the idea of bringing them into work the next day because instead of pitching food you don’t like, you should obviously share it with your coworkers on the unlikely chance they might enjoy it. See how thoughtful I am.

I’m sad to say the roll ups never made it to the office because when I went to grab them the following morning, they were floating in a half-inch of their own juices. I know zucchini are pretty much all water, but this was disgusting and I decided to spare my coworkers from the inevitable sickness which would follow. I think it’s safe to say both watery meaty zucchini roll ups and massive amounts of clutter freak me out, so apparently, they do share a connection. Who knew.

Do you have any creative zucchini recipes for me to try? Please….my marriage depends on it…alright, not really, but I’d appreciate it nonetheless.  Do meaty veggies scare you too? And would you risk your life to avoid being rude?