You are here: Home / Bottoms Up / WIAW: The Performance Edition

Have you checked your watch recently? Because I think you know what time it is.

Yep that’s right, time for another exciting and unstoppable edition of What I Ate Wednesday (and the crowed roars with delight). “Bring on the Food!” they chant.

And happily I oblige, because I am merely a puppet, dancing to your strings. A quick curtsy before I begin, because proper ladies curtsy and I fancy myself a proper lady today. For breakfast, I had a spot of tea and a blueberry scone. Alright, that’s complete crap; I had a cup of coffee, a smoothie, no scone, and I’m quite certain proper ladies don’t say “crap.” The jig is up, the joke is over, the fat lady has sung. Back to my quirky sarcastic self. See, healthy folks can be smart asses too.

As I was saying, coffee and a smoothie was my breakfast of champions. I know it seems like I always have a smoothie (cause I kinda do), except this was my first one in over a week so it was particularly tasty. Smoothie Bliss, oh how I’ve missed you, let me count the ways. One is for your pretty pinkness, two is for your two servings of fruit, and three is for the number of minutes it took me to down you. Hot damn; you were smoothalicious, which is almost like being Fergalicious. I didn’t stop there either; oh no, not this time. I added some toasted granola bread using my secret satiny smooth butter. I have no idea how I functioned without this clever little gadget three days ago? Buy the Bell; it will rock your world.

I went in to the J-O-B today because I like to get paid. Money keeps me in my food addiction, and my employer is an enabler. At the office, I downed a bowl of homemade granola with vanilla soy yogurt and fresh blueberries before heading off to my beloved spinning class. Spinning twice in two days makes me annoyingly happy. In the afternoon, I snacked on a peach and almost forgot to take a picture; look at those juices. Zucchini juice bad, peach juice good.

Now everything I’ve shown you up to this point has been super delicious and nutritious, but I must confess, I went off the rails at lunch. In fact if I’m being honest, I’ve been on a bit of bender lately; a cheese bender. Over the weekend, the Hubby and I split a cheesy pizza, wolfed down a grilled cheddar cheese sandwich and dined on cheese (Asiago, Cheddar and Swiss) and crackers for dinner one night. Today’s lunch, from Nature’s Bin of course, was cheese enchiladas with spanish rice. It was very good, and it appears I’ve currently got a thing going with cheese.

According to Pinterest, my cheese craving is based on a calcium deficiency, and Pinterest is practically as good as an encyclopedia. I’m sure it’s 100% accurate (or maybe not so much).

Regardless, I’m not sweating the cheese thing too badly because I’m currently engaged in a second (I get around) and much healthier love affair with Spinach. The Hubby and I (mainly me) have polished off over 10 ounces of spinach in the past three days. I’ve gone to the store twice and I may have to go back before the week is out. My salad bowl keeps getting bigger and bigger because I just can’t get enough (man, I’m channeling Fergie today). I’ll put it to you another way. If there was one container of spinach left at the grocery store and multiple people going for it, I would hurdle carts, dive roll and tackle each and every person until the spinach was mine…all mine. Oddly enough spinach, like cheese, is a calcium loaded food so maybe Pinterest isn’t too far off the mark.

In light of my recent obsession, I hit up the grocery store so I could make yet another spinach salad for dinner. It was exactly what I wanted. My hopes and dreams were fulfilled, and what more can a girl ask for (other than unlimited funding and maybe a scooter because that could be fun). 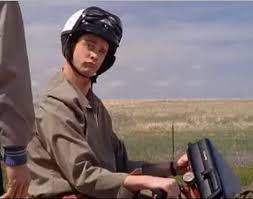 What do you think? Is my body crying for calcium? Do you get weird food cravings too? Do you have to try to find the logic behind the craving or do you just go with it?

« In the Interest of Zucchini
What The Baby (WTB) »