Last week, I was in a bad way. I found myself in a super scary predicament. Aside from my apple pie granola and the occasional piece of fruit, I was without snacks; completely and utterly snackless. It was a nightmare. Three o’clock would roll around, and I’d have nothing to eat. Cue scary music.

It didn’t help work stress was at a premium last week. I haven’t actually told you, but I work in Accounting, so month end is always a bitch, and year-end is my own personal hell, where the earth swallows me whole in November and spits me back out sometime in late February.

In order to maintain my happy little world, where everything is rainbows, unicorns and glitter, there are a couple of ways I work (yes it’s work, dammit) to keep stress at bay:

I’ve talked about the beauty that is snackage before. Snacks are smart and good for a plethura (love this word; try to use it in a sentence today) of reasons, but most importantly, it keeps hangry Meghan at bay. Trust me on this, everybody’s a winner.

Last weekend, I was so busy making granola and trying to use up all my peppers, I kind of forgot to make any snacks. Not only did I run out of time, but also ideas. You see I’m over Energy Bites and hard-boiled eggs, which were my summer staple snacks (try saying that three times fast). I’ve had it with those snacks; they’re dead to me (at least until next season…ah hell, maybe sooner). Basically, I realized it was time for something different. Something which corresponds to fall flavors and could even carry me into winter (“Winter is coming.” “The King is dead.” Two points if you get those references).

So I got my glutes, and the rest of my body, into the kitchen this past weekend, so I could get my snack on.

Sticking with fall flavors, I made Pumpkin Cranberry Crunch, which combines roasted pumpkin seeds with some of my favorite spices: allspice, cinnamon, nutmeg and salt (alphabetical order makes me all warm and fuzzy too). I’ve published this recipe before, and I think it’s high time, I mention it again. Especially since no one was reading back then. I’ve got you now though….my little pretties.

Onto to the nutritional info (I know there’s a reason I added this tag), this snack is packed with omega-3 fatty acids, “good” fats which improve our bodies’ sensitivity to insulin, and makes our bodies better at using stored fat for energy. Plus the one two, protein carb combo promote fullness, which means you eat less overall.

Unless of course, you eat your entire week’s worth of snacks in one sitting. I don’t recommend it, and if you have to moderate yourself by using “snack” size Ziploc bags (there’s no shame in forced portion control), then do it because this is one snack you’re going to want to eat.

Last, but most certainly not least, I found this little ditty marketed under foods that “taste fatty, but keep you skinny.” Can you say Winner. Charlie Sheen can. I promise to work on more current pop culture references as soon as I catch up on my People magazines ((one down) + new one arrived = still three deep).

Let’s hear it.  What are your favorite fall snacks? How do you deal with stress? 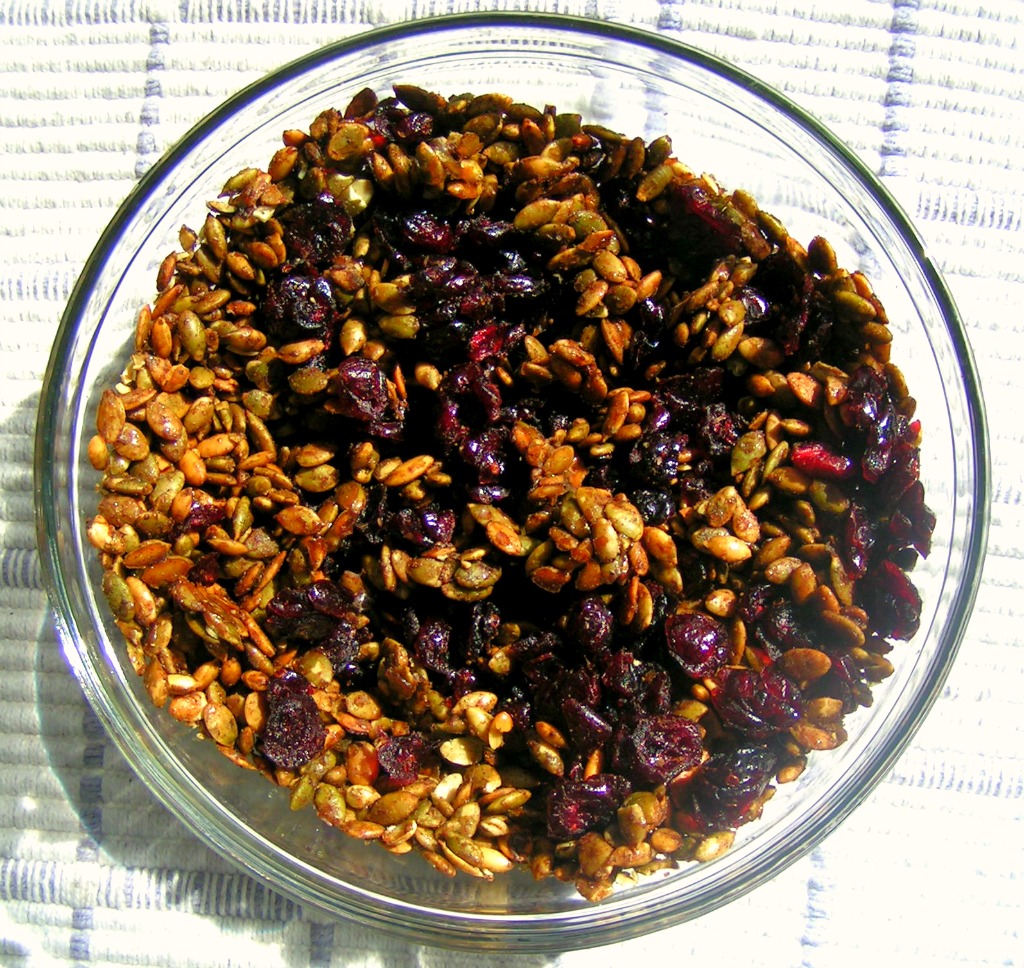