You are here: Home / Good Eats / WIAW: The “Souper” Edition

Happy What I Ate Wednesday!

Don’t forget to head on over to Peas and Crayons (when you’re done here, obviously) to check out our lovely hostess, Ms Jenn.

For those of you new to this game, where the hell have you been? Just kidding; I promise I’m nice and I don’t bite…often.

Today is What I Ate Wednesday (WIAW) in the food blogging world, where all us crazies get together and post an entire day’s worth of eats: the good, the bad, and the ugly. While I generally try to showcase the good, every so often a little ugly sneaks in there.

Contrary to popular belief, I was not a cheerleader in a former life, although I do like to sing and dance. I’m not very good at the former, but dancing on the other hand, I can bust a move with the best of them. Bear in mind, I’m talking bar or wedding dancing, not So You Think You Can Dance dancing. Yeah, I can’t do that shit; not without injuring myself or someone else.

Enough about me though; I divulged plenty yesterday.

You’re here for the food.

I’m sharing with you my Sunday eats because Sandy knocked out my power, and Sunday was the first time I cooked in over a week.

Breakfast was simple, light and easy: an apple and some toast along with my morning cup of Joe. I know this isn’t much, but unless I’ve been up for hours with a huge emphasis on plural hours, I generally don’t have a big breakfast. Don’t get me wrong; breakfast is my all time favorite meal, but I usually end up eating it for lunch or even dinner. 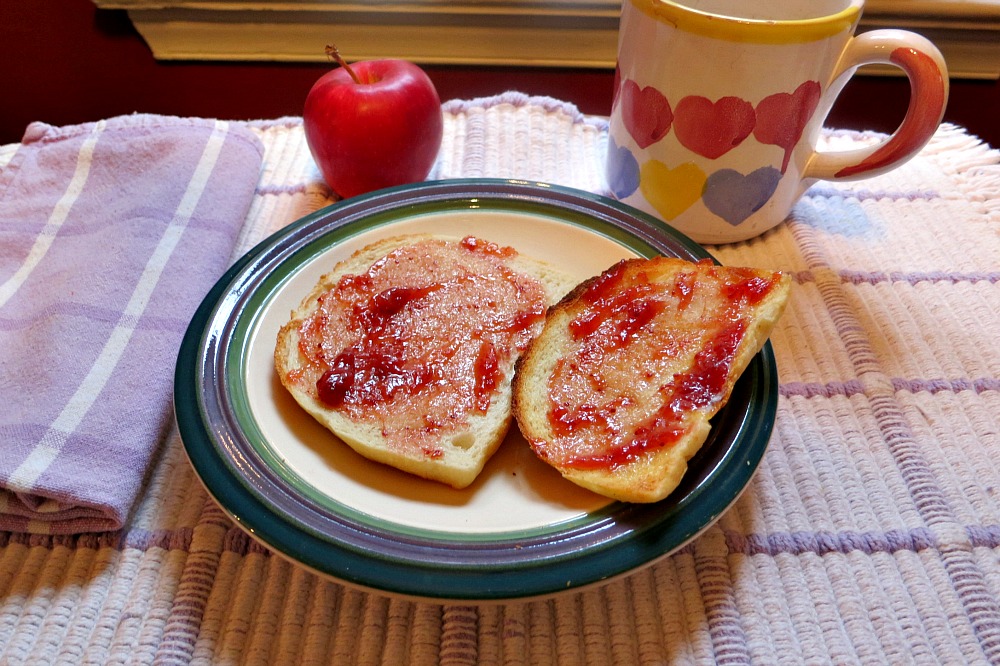 After a week of no cooking and cold temperatures, even indoors, I was craving comfort food in the worst way and hot comfort food, in particular. So, I checked out my newly cleaned fridge (contented sigh for order) and decided to whip up a hearty bowl of Cauliflower Cheddar soup. I love this soup and have eaten it multiple times in the past few weeks. It makes me feel warm and fuzzy all over, and no I haven’t been drinking, although based on the amount of alcohol in my fridge, I need to start. 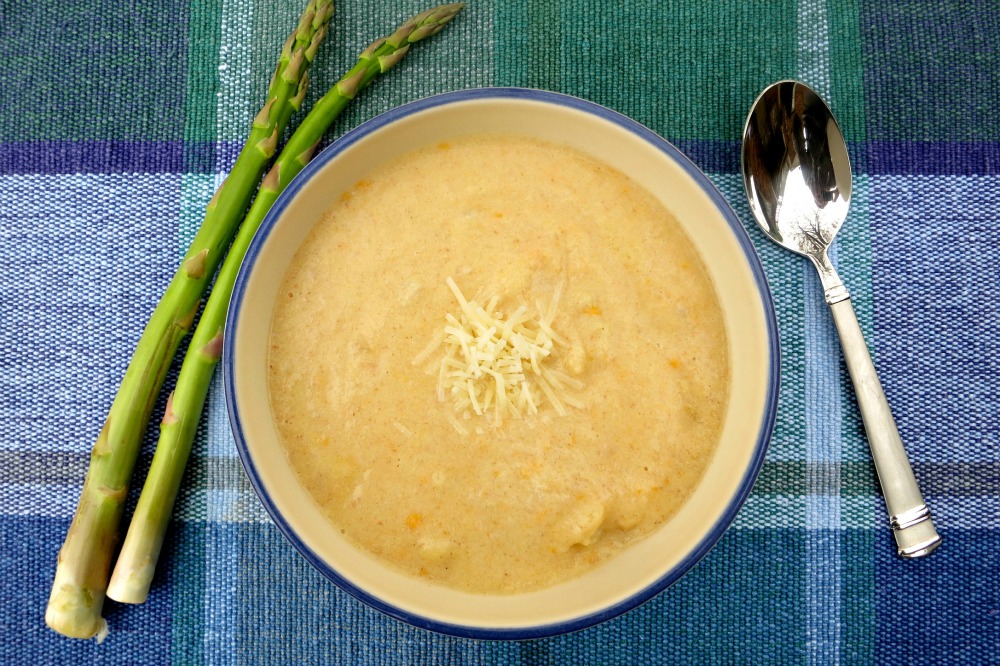 *Disclaimer: I threw the asparagus in the picture because I thought it added a little somethin’ somethin’, but I didn’t actual eat it on Sunday. I know, it’s false advertising, which is why I decided to come clean. I did however use the spoon to lap up my soup.

For a midday snack, I opted for a banana mango smoothie and a prickly pear. Yep, you read that correctly: a prickly pear. You know why being a food blogger rocks? Because friends bring you weird things they find in the grocery store so you can experiment. 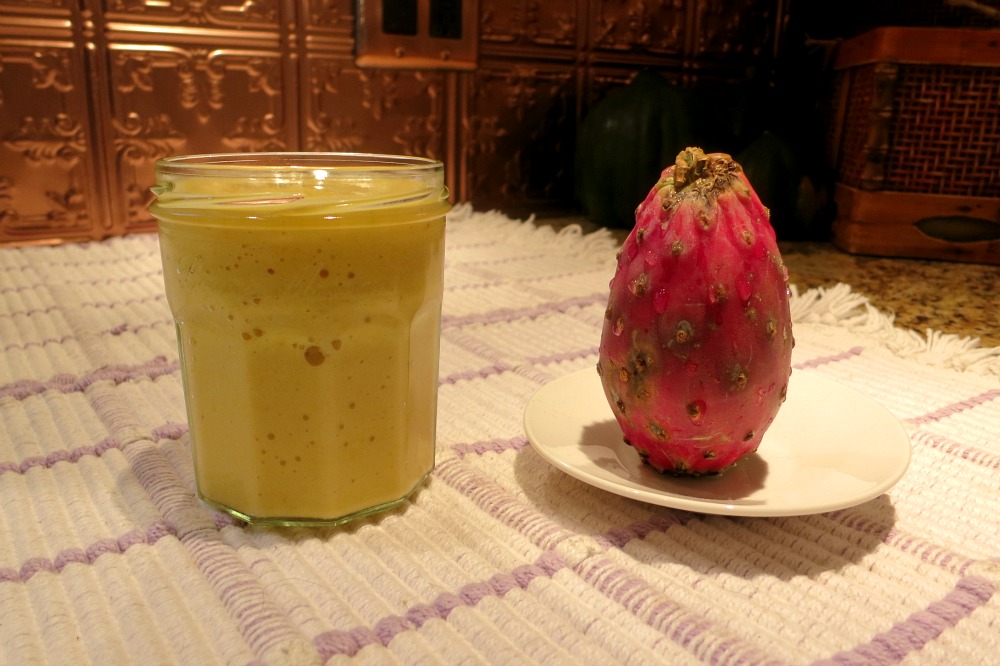 You know why losing power sucks? Because by the time you slice open your prickly pear, its rotten on the inside. The internet, again the source of all knowledge and power, describes the taste as a cross between natural bubble gum and watermelon. Sadly, I will never know.

Moving on, since I was still feeling soup-esque, I decided to throw together a batch of Three Bean Vegetarian Chili. I was out of jalapeno peppers, but I had a couple Habanero Chili peppers (dance ladies, dance) hanging around, so I threw them into the crock pot, seeds and all. It’s safe to say this was my hottest batch of chili yet, and I loved every sweaty bite of it. It definitely sent my body temperature soaring, and I even threw in some rice to absorb some of the heat. 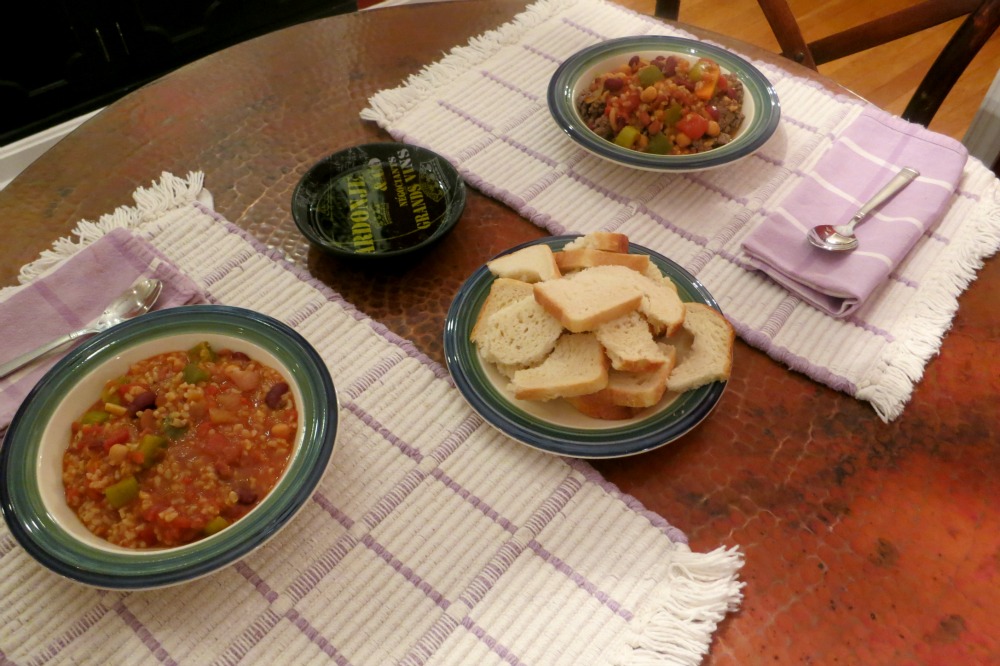 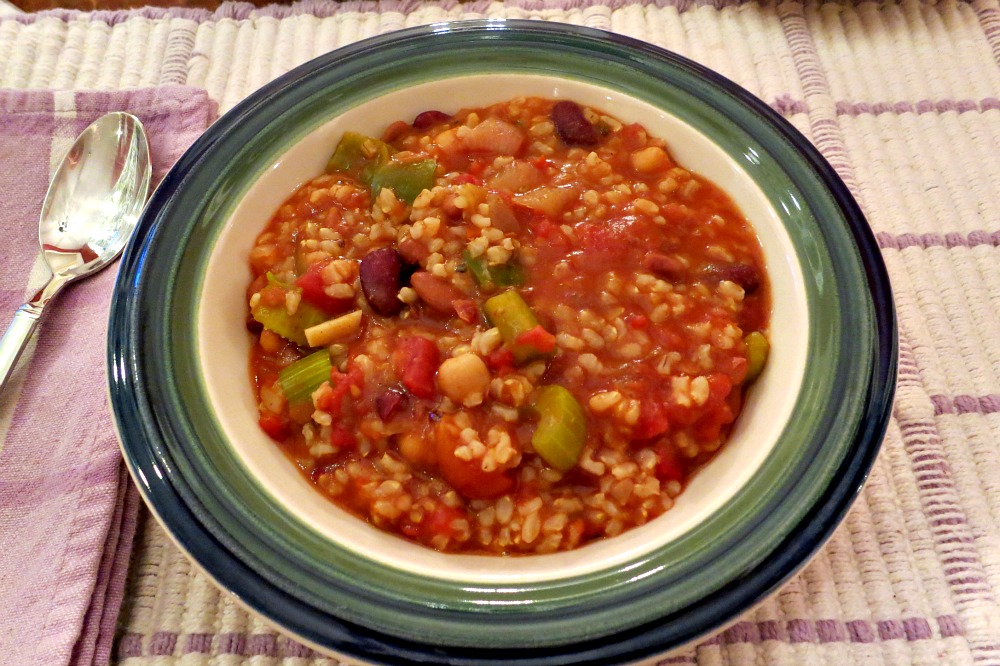 Now I mentioned earlier, sometimes it can get ugly, and up until this point, I was really pleased with my eats, and then this happened….. 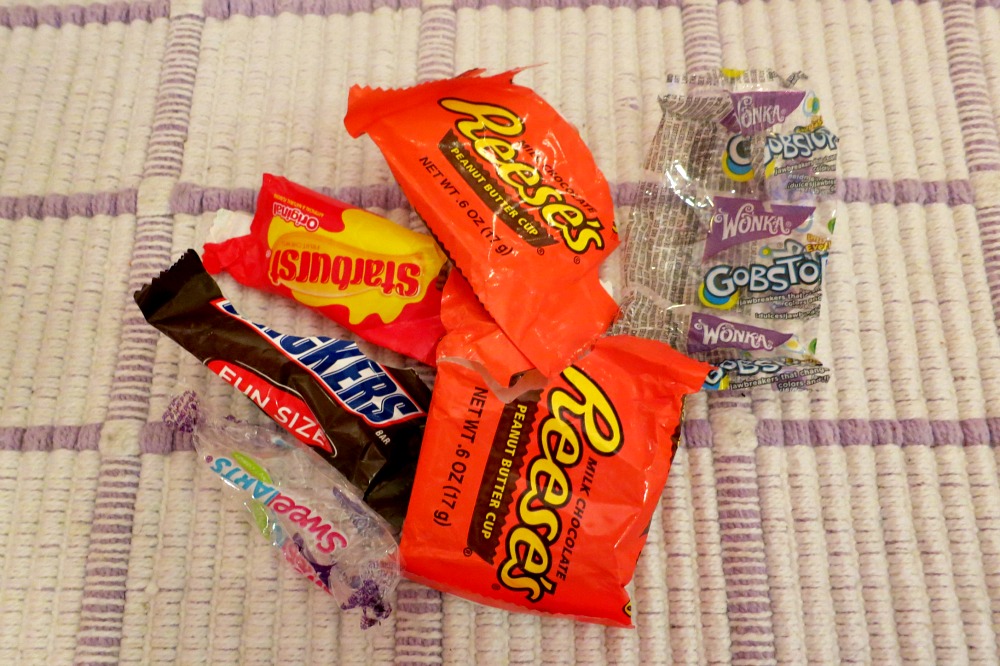 Sunday was trick or treating in my neighborhood, since Sandy forced the city to postpone it. As a result, we had some big ass Costco sized bags of candy in the house, and I took a header right into them. It’s been a long time since I’ve eaten this stuff, and now I remember why. I’m not against a little indulgence (in fact, I think indulging every so often is a necessity), but if I’m going to do it, I wanna make sure it’s quality stuff, worth the calories and doesn’t leave me a stomach ache afterwards. Next time, I’ll stick to the good stuff with real ingredients. Oh well, lesson learned.

What’s your favorite fall soup? What’s you favorite candy? Have you ever eaten a prickly pear?