You are here: Home / I Work Out / I Don’t Hate Running

My dad is a runner, and he has been ever since I can remember. Matter of fact, he runs every single day, and has been doing so for years and year and years. I’m actually not exaggerating; he doesn’t miss a single day, which means he’s way more reliable than my daily newspaper guy. By the way Da (deliberately misspelled because he is too cool for the last d), you might have what the medical professionals call an exercise addiction, but I fully support it and you. Keep on running.

Now you know where my drive comes from. 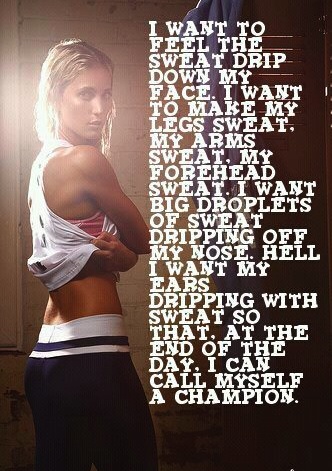 In any event, whenever I go home for a visit my dad always asks, “Do you wanna go for a run?” to which I always respond “No, but thanks.” Poor guy, he tries. It’s not that I don’t want to hang with him, but I don’t run because I have shitty arthritic knees (yes, even though I’m only in my mid-thirties), which lock up about one mile into every run and the pain can be excruciating. I’ve actually been to a doctor (not willingly; the Hubby dragged me) only to be told I have arthritis and extremely unstable platella (i.e. my knee caps could pop out at any second), which he then translated to no exercise where your knees leave the ground.

So I did what any completely rational person would do when banned from basic exercise. I signed up for a Tough Mudder at the end of July. Obviously.

Now I may do some idiotic things, although I would argue this isn’t one of them, and I know a big part of the Tough Mudder is running. Ten to twelve miles in fact, so I’ve got three months to figure out if I can work through and past the excruciating knee pain or come to grips with walking the Mudder. Side note, the very idea of walking it offends me, but I’m not a total fool and if that’s what happens, I’ll figure out how to deal with it, but I’m nowhere near ready to admit defeat.

As a result, I’ve been going out on weekends for small jogs. It started with some easy one mile runs and then progressed to two miles, even though there has been very specific discomfort in my right knee, which ranges from manageable pain to not so manageable. It always kicks in right after mile one, and it’s starting to piss me off. My wind and stamina are fine, and I know I could go much further if my knees would simply stop betraying me. The last two runs I did with the Hubby were pretty dismal and discouraging. The pain got so rough I had to stop and walk several times, and we never made it past two miles. I was beyond frustrated. 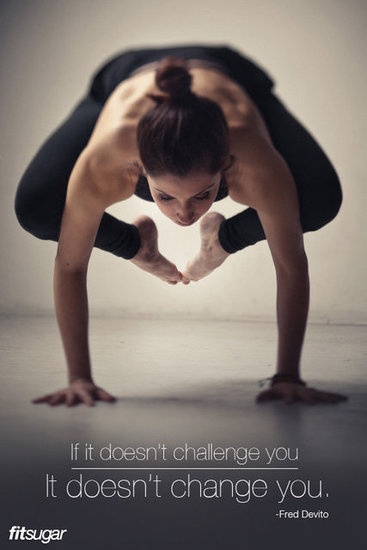 Then something happened on Monday night, and I have no explanation for it.

I went out for a run after work, all by my lonesome, and not only did my knees hold up, but the discomfort was minimal. In fact, somewhere between mile one and two when I realized the typical pain had yet to surface and with Flo Rida’s Club Can’t Handle Me pumping through my ear buds, I got really happy; like huge shit eating grin happy (where does that phrase come from and why would eating shit make anyone grin?). I had the most ridiculous smile plastered across my face, and I’m quite sure I looked rather silly, but I didn’t care and I even covered three and half miles, the furthest I’ve run pain-free in years. 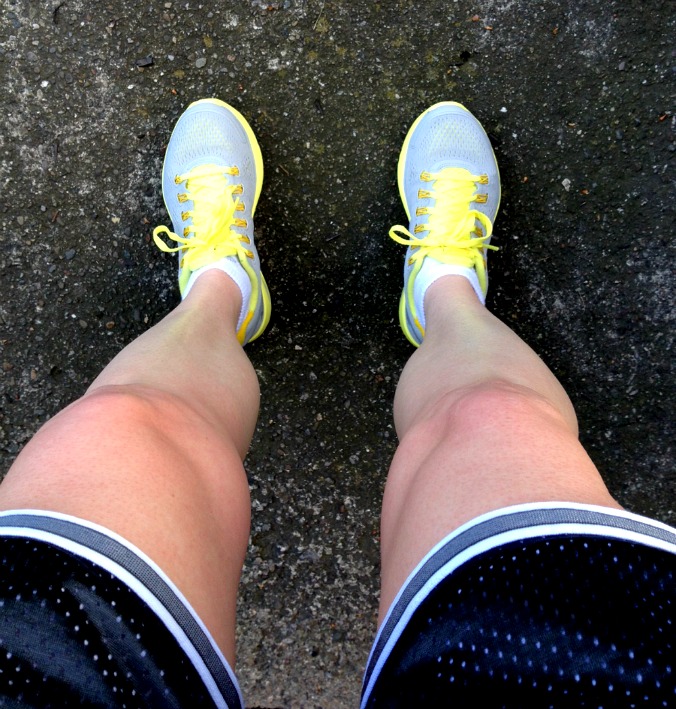 Now I know three miles isn’t much in the grand scheme of things (hell, I’d probably knock that out in a matter of minutes on a spin bike), but it’s a step, albeit a small one, so I’ll take it, and I’ll revel in it because I’m extra pleased with myself (my ego swells yet again).

In fact, I’ve decided I don’t actually hate running. What’s more, I’m secretly looking forward to trying it again this weekend and maybe even saying “yes” the next time my dad asks me, “Do you wanna go for a run?”

Are you a runner? Any tricks to working through knee pain? What’s your favorite form of exercise? Do you listen to music when exercising and if so, what kind?

P.S. I hope to see you all on Monday for the Week In Review link up party.