You are here: Home / Bottoms Up / WIAW: The Snack-a-licious Edition

Happy What I Ate Wednesday Gang.

Man, it feels like forever since I did one of these things. I’m going to go out on a limb and say it’s because I skipped last week, which was gratifying and satisfying, but I’m back now, and I’m actually going to stick to the program. Shocking, I know.

For anyone new here, What I Ate Wednesday is a day in the life of my food; from sunup (which I’m always awake for) to sundown (which I sometimes sleep through, especially on Friday nights; I know how to rage). It’s a day where I share every morsel which jumps into my mouth, including those which do a swan dive when I’m not looking. “Shit, how did that get in there?!” From beginning to end, from the good to the bad to the downright ugly (let’s be honest; it’s rarely ugly), here you have it: my feeding frenzy.

When Jenn told us to get our snack on this month, I took her literally. I snacked away my Friday and even stayed up well past my bedtime, into the wee hours of the morning. Since I was entertaining, I thought it might be a smidgen (love this word) inappropriate to fall asleep on my house guests (not literally because that would definitely be inappropriate). Have no fears, Friday was the start of my three-day weekend, so a mid-day nap definitely happened.

My day began with the last piece of Strawberry Rhubarb Coffee Cake with a smear of butter and a side of coffee. I shed a tear or two or really told the Hubby if he finished the last piece, I would launch myself at him, in a bad way; in a non-mad monkey love way. 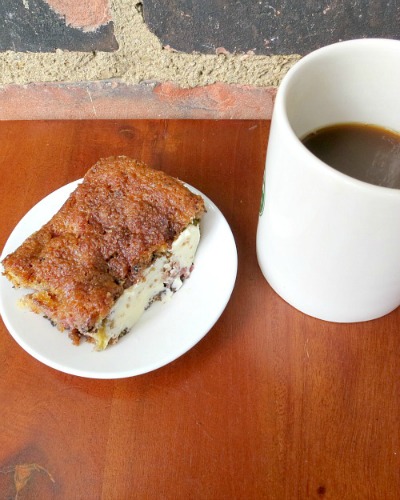 My morning continued with a quick smoothie with strawberries, a boatload of kale, a frozen banana and some pineapple juice.

I saw somewhere you shouldn’t center your food in pictures. Apparently, the eye gets lost. I’m not sure where he goes, but he’s lost so I cropped my smoothie funny. What do you think? Is it artistic, or are you wondering where the other half went?

Since I was going to paying a visit to my BFF and her newborn baby later in the day, I made macaroni and cheese because far be it from me to show up empty-handed. 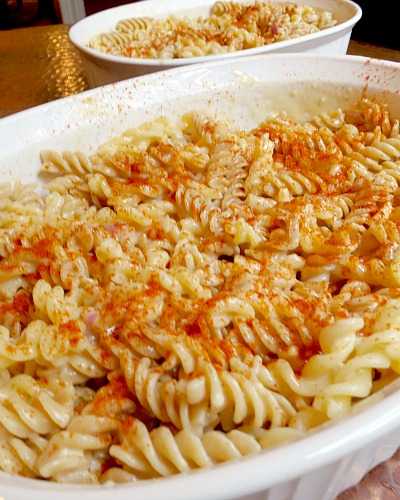 The smaller casserole dish in the background…yeah, I might have kept that one. In exchange for the last piece of coffee cake, I promised the Hubby mac and cheese. We work on a barter system here. This time it was about food.

The point is I had to snack while making this. Any good foodie will tell you, you must taste all the components of your dish separately and together (Top Chef, here I come), so there was some taste testing involved. For purposes of todays post, I shall call it snacking.

An hour or so later, I got my snack on again; this time for lunch. I devoured a snack bowl of cheese, cherries and trail mix. Two more slices of cheese mysteriously made their way into my mouth because well, it’s cheese. That’s reason enough. 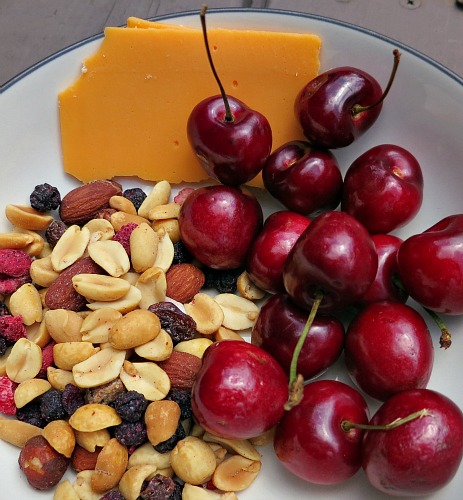 Later in the day, I made iced coffee because I’m high-tech, or really because I made too much coffee earlier in the week. I know the phrase “too much coffee” is almost sacrilegious but an entire pot for two people fits the bill, so I poured the leftovers (raspberry almond) into a carafe and stuck it in the fridge. When it came time for its shining moment, I added ice cubes, a half scoop of raw sugar and some almond milk. Stir with a straw and viola: iced coffee for $0.00 because normal people just pour that shit down the drain. Bam. 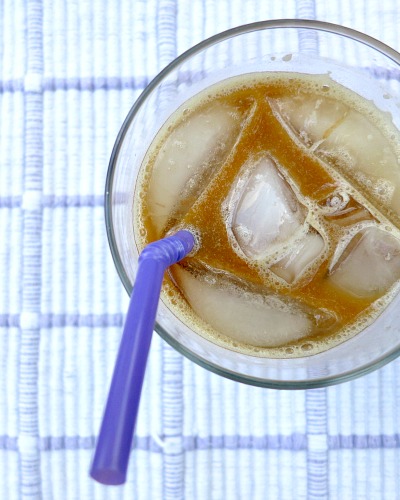 While the coffee was crafty and temporarily held my hunger cravings at bay (I do NOT recommend this as a food substitute), it wasn’t long before my stomach up and slapped me in the face for skipping a proper lunch. So I had a proper dinner: two bowls full in fact. 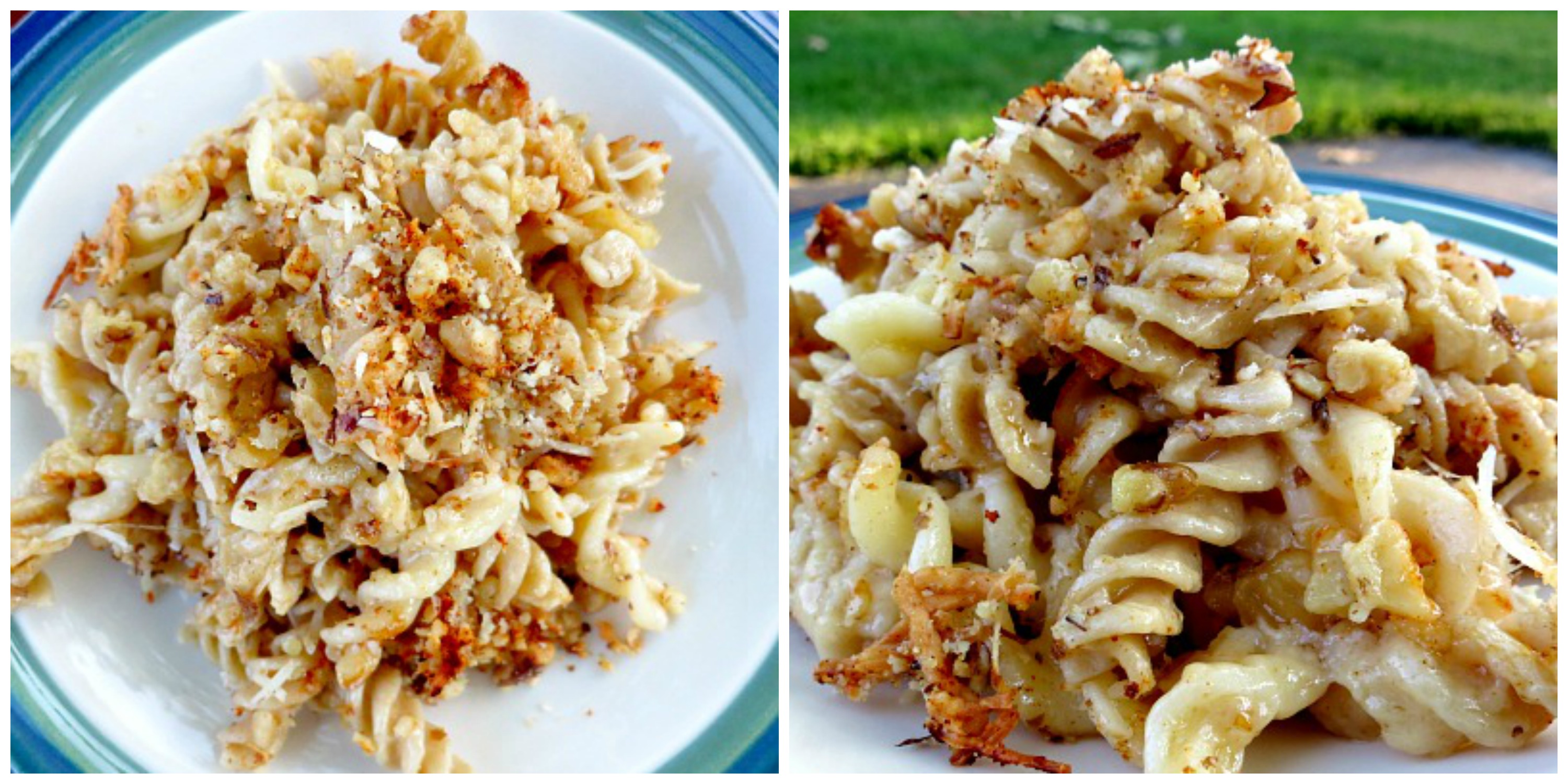 If the mac and cheese looks kinda nutty to you, that’s because it is. I usually top mine with a mixture of crushed walnuts and Parmesan cheese for a crispy, crunchy and decadent crust. You’re welcome.

Later on that very same evening (well after the sun went down and with it my natural lighting), I shared a sample platter with friends: grapes, Asiago cheese and crackers. 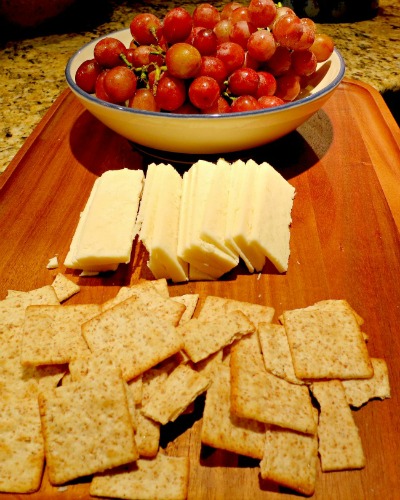 There was also a unpictured bowl of big, beautiful and green olives, but I scarfed those down before I could take a photo. I finished the evening, and this snack-a-licious edition with a lovely hard cider. Bam chicka wow wow. 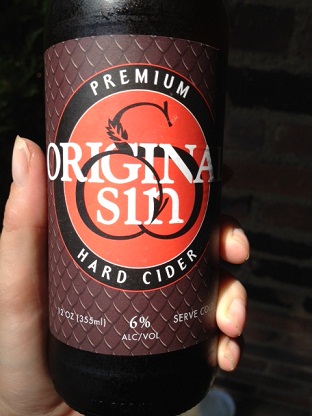 Are you a big fan of snacking? Could you snack your way through a meal? Would you want to? What would it look like?

« Week In Review: The Twenty-Second Edition
So It Begins »