I’ve decided I’m taking the Hubby’s advice; not that I’m admitting he was right, mind you. I rarely do that, and when it does actually happen, he makes me put it on the calendar. His goal is to celebrate those milestones on an annual basis. It’s unfortunate for him I copy the calendar over and those little gems about him being right never seem to make it onto the new year. Sucker.

As you know, I’ve been struggling with my CSA posts and working on the recap for week eight was no different. I knew there was a problem when I started editing the photos and felt absolutely nothing; like I was dead inside. It’s possible I’m exaggerating. 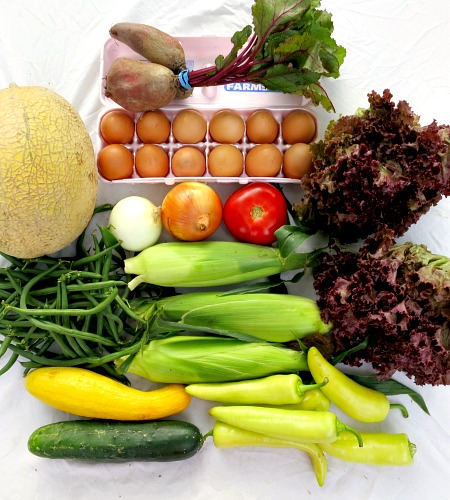 I don’t have it in me to do a play-by-play, but I will say the squash and zucchini got thrown into another quiche, and I promise to reveal this recipe next week, while people are actually still getting squash and zucchini in their gardens and food shares. If I hold off any longer, the recipe won’t be relevant, and there’s nothing worse than not being relevant. Alright, I’m sure there are significantly worse things, like getting covered in honey and then mauled by fire ants. That would be way worse. 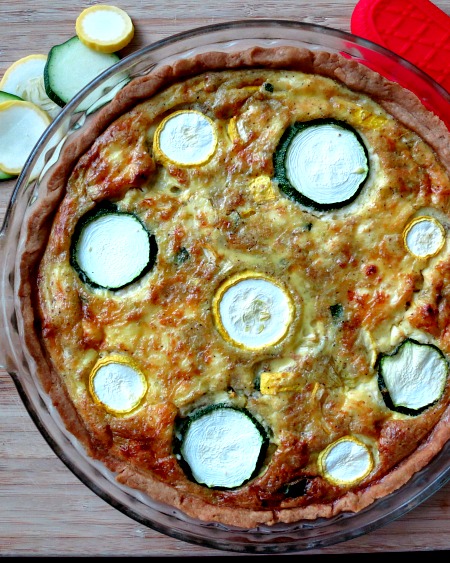 I originally began this post suggesting I take the Hubby’s advice. If you can’t remember, I won’t hold it against you. I’ve done a lot of talking since then. When it comes to my CSA I’ve been stuck, verbally; everything else is working just fine, but thanks for your concern.

My produce, while beautiful, is so three weeks ago and no longer inspires my witty prose. The Hubby very gently (he’s a smart man) suggested I skip a week, and I fought him on it. Not literally because spousal abuse is wrong. Plus he might, just a teeny tiny eensy weensy, littlest of little bits be onto something, because while the photographs of my week eight CSA share did nothing for me, week nine brought a ridiculously big smile to my face. I even exposed my braces; now that’s saying something. 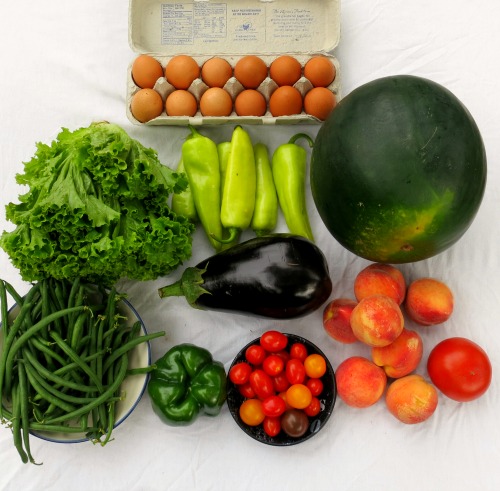 We got an eggplant, which I don’t like and for some reason this pleased me to no end. Perhaps it was the first smidge of challenge from my summer goodies, to which I say, “Bring it.” 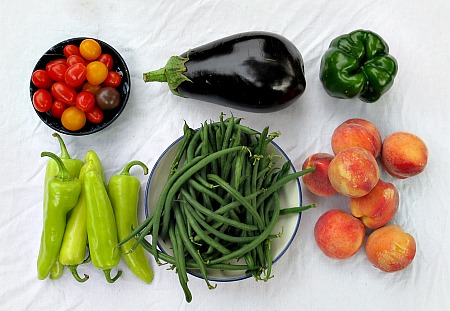 I also brought home some tomatoes, big and small, hot banana peppers, a green bell pepper, our first watermelon of the season (squeal), and lettuce, which is not at all surprising. I’m one salad away from turning into a full on rabbit; I could probably propel a small ship based on the amount of greens I eat, assuming of course salad can power ships. Popeye told me it’s true, and I believe him. In any event, I’ll spare you the salad picture…this week.

We also got another bazillion pounds of greens beans, and all I can say is thank god for deep freezers because I’m getting tired of green beans, although the Hubby is snapping them up like a man who hasn’t been fed in weeks. Believe me, it’s not the case, and I would share the photographic evidence with you, except he doesn’t take pictures of his food. Can you imagine? Oh, the horror. I’m thinking of disowning him, but I still kind of like him, so that’s out.

My favorite part of this week though was the peaches. ♫ “I’m movin’ to the country. I’m gonna eat me a lot of peaches.” ♫

I went on another fruit bender. This time with these sweet, succulent and juicy balls of joy (insert inappropriate joke of your choice here). I’d do it again in a heartbeat too because fruit benders are my favorite kind. Don’t be surprised if you find me face down in my kitchen sink with sticky fingers and surrounded by peach pits. I don’t think it’d be a bad way to go, so long as the cats don’t start to eat me.

Speaking of fruit, I plowed through an entire watermelon in two separate sittings, which is pretty impressive. I brought a ginormous pan to work one day and didn’t share. Since watermelon is messy business, I ate it while straddling my office trash can; further proof of my classiness. It’s a wonder I’m still employed. 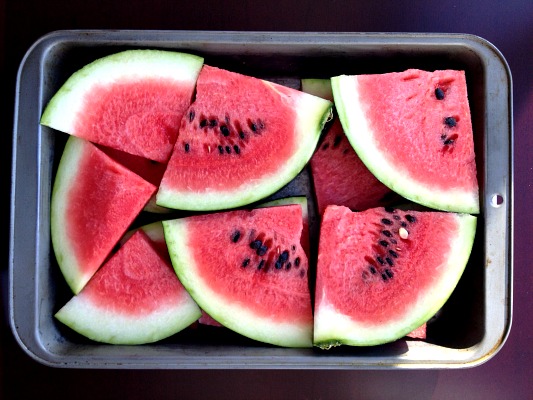 The tomatoes and a tiny amount of banana peppers went into this Mediterranean Dip, which I stole from Kirsten. She calls it Fattoush Dip; I call it Fabulous, with an extra snap and a twirl, since I’ve made and devoured it four times in the past two weeks. Yeah; it’s that good. It’s a combination of artichokes, banana peppers, cucumbers, feta cheese, kalamata olives and tomatoes, all on a bed of hummus (food bloggers everywhere shout with delight). Since there is no cooking involved, it’s perfect for a hot summer day. 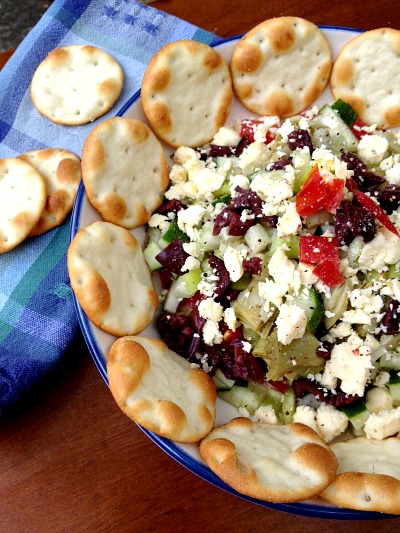 Since we’re on the topic of Kirsten, I borrowed her recipe for eggplant chips. While I know these aren’t the prettiest of things (her photos came out way better), they are the first and only time I’ve ever really enjoyed eggplant. We get it every year in the share, and despite my attempts to ♫ “smack it up, flip it, rub it down….oh no,” my eggplant never really pans out, until now that is.

These chips are finger-licking (or booty smacking) good. I coated mine in basil aioli, although the recommended pesto would have been equally delicious, and tossed them in some bread crumbs and Parmesan before baking them and subsequently eating them, all before dinner was even served. Oops.

My hot peppers, the sauciest of the bunch, got stuffed with beans, cheese, cilantro, onions and more peppers since they are cannibals; those naughty peppers. With just a touch of hot sauce and a whole lot of attitude, these will make your taste buds sing, preferably a little BBD so you can get trapped in the nineties with me, or maybe even some Presidents of The United States of America. With all that peach business, these guys should have been food bloggers. 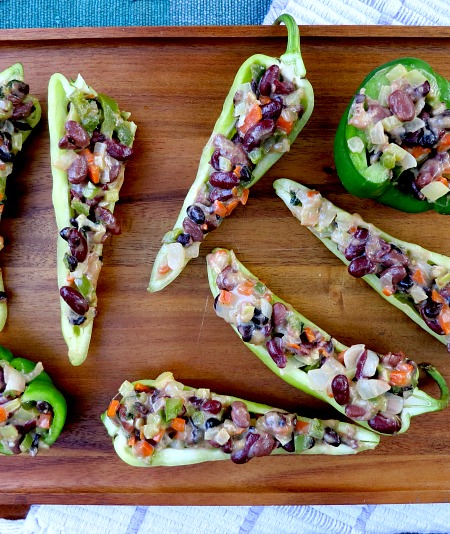 As exciting as everything has been thus far, it’s time to move onto the main course.

We’re going back to the peaches because they are my crack; this week anyway. 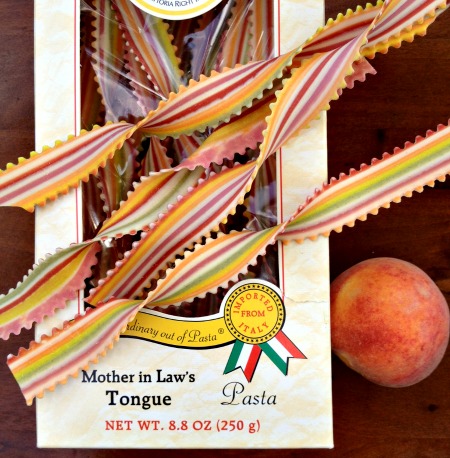 As soon as I saw this pasta, I knew I needed to do something special with it, and my  addled brain immediately thought of peaches. So for months now, I’ve been biding my time, waiting for peaches to come into season. Hallelujah, hallelujah; they are finally here (see note about crack above)!

For those of you interested in the minute details, I finely diced and sautéed one peach in olive oil along with some sweet red onions. I grilled a couple of other peaches and added both to my bowl of freshly cooked pasta, along with some Asiago cheese and fresh cilantro. 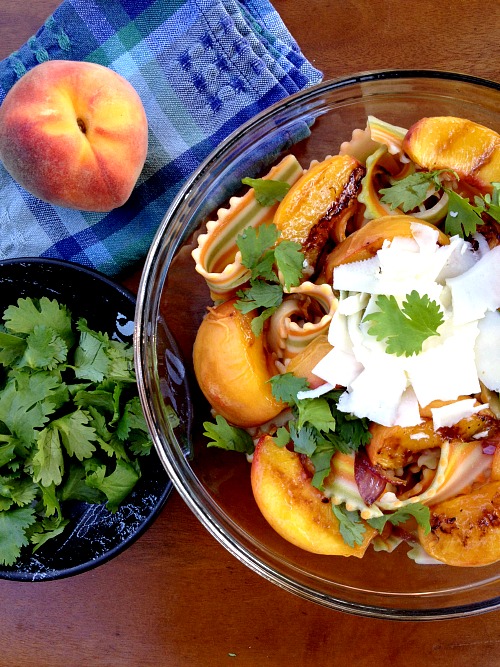 The nutty and salty Asiago paired perfectly with the sweet peaches and zesty herb. 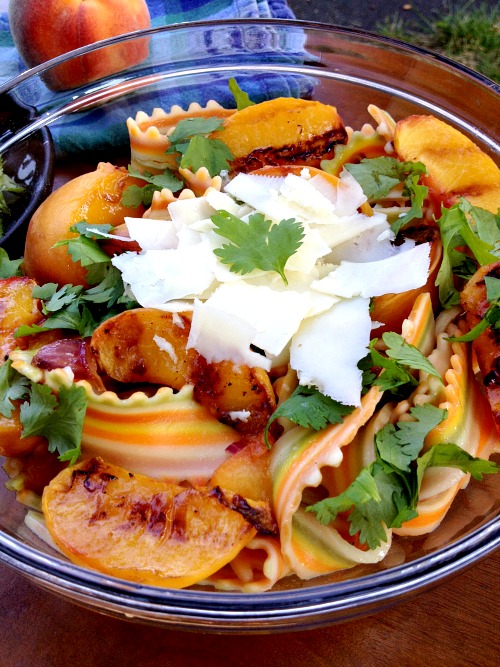 This post is linked up or soon will be with Laura’s Strange But Good, Kristy’s Fresh Food Wednesdays, Jessie Bear’s Together Tuesday and Heather’s What’s In The Box all for obvious reasons. Remember to head over to their sites and see what everybody else got into. You don’t want to miss it.

« Be Back Soon
Week In Review: The Godfather Edition »