I’ve decided to embrace the age-old saying, “Every cloud has a silver lining.”

Not in the literally sense because long drawn out hugs aren’t really my thing; my tatas tend to get in the way, and truth be told, I much prefer platinum. Harder metals turn me on. Before I get too kinky (Too late? Naaah), maybe I should focus on the topic at hand.

I try to look at the bright side whenever possible; even more so when things aren’t going as planned, although in general, deviations tend to ruffle my self-diagnosed OCD feathers and put my knickers in a knot. Case in point: the Hubby accidentally burned the sweet potatoes yesterday. He felt horrible about it, and my reaction: I yelled at him because our planned dinner just went up in smoke, quite literally.* Who does that?

*Sorry Hubby. You are far more important than any roasted sweet potatoes, even if they were covered in almost the very last shreds of our gorgeous Parmesan cheese. 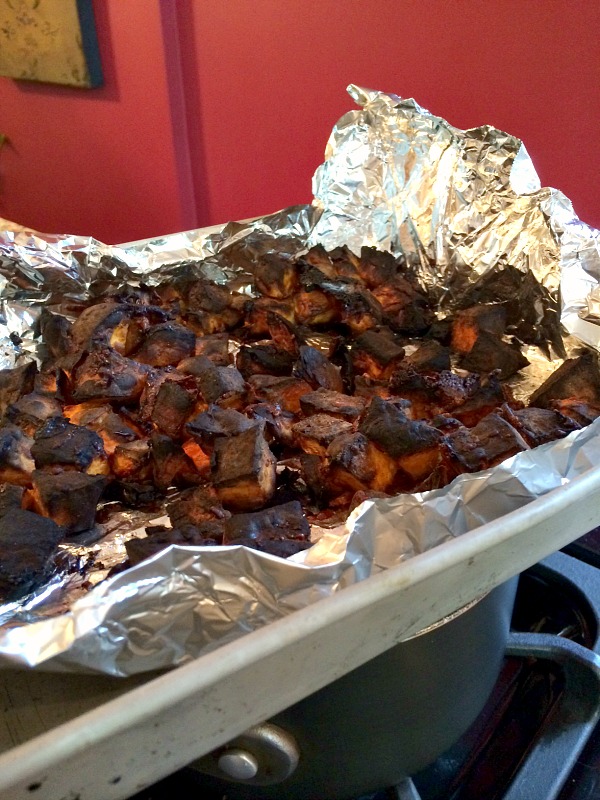 The past few months things have not gone according to plan, and I’ve done my best to adjust and go with the flow, even though the latter phrase makes me cringe a little bit; alright fine, a lot. Instead of focusing on how things went awry or drowning my sorrows in margaritas (oops, I did that too), I’m opting to hone in and take hold off the silver lining, in a death grip if I have to. Hence today’s post title.

Cloud: I worked roughly sixty hours last week at the job which pays my bills.

Lining: my Coconut Orange Blueberry French Toast was shared on Lifehack’s Ten Healthy and Sneaky Dessert Recipes that are Irresistible for Anyone. I like having my recipes shared, all while being called irresistible and sneaky, which means I am a sexy ninja or better yet, Cat Woman. Me-Yow. 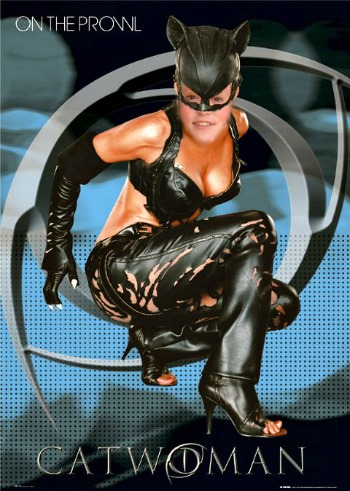 The Hubby created this pic and put in on a giant poster for my thirtieth birthday party so many moons ago.

Cloud: I spent the majority of my Saturday at the office; I’m talking eight hours where I accomplished only a fraction of what I’d hoped.

Lining: I opted to blow off steam Saturday night in the form of Mexican food and margaritas. It was worth my subtle Sunday morning hangover; not enough to ruin your day, just enough to know you had a good time. 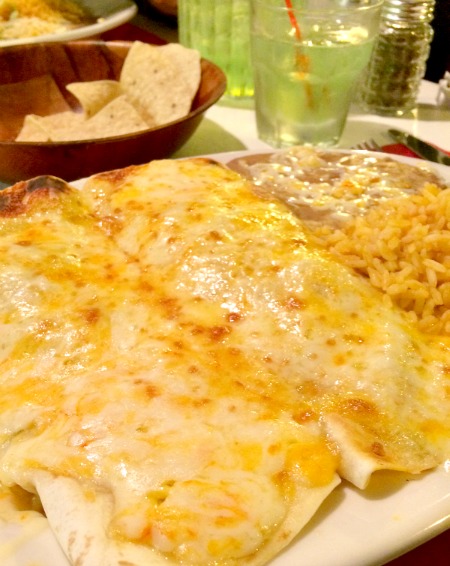 Cloud: The Hubby had to go back to school a day early.

Lining: I got to spend some quality time with my latest book. Reading is such sweet bliss.

Cloud: I ripped out my zucchini plant since he was no longer producing. I am a relentless gardener; no product and you’re outta there.

Lining: I still brought in a decent little harvest, and while it might appear I picked my heirloom tomato a bit early, his underside (wink, wink) is as red as well, a tomato. Fine, I picked him early too. Whatever. 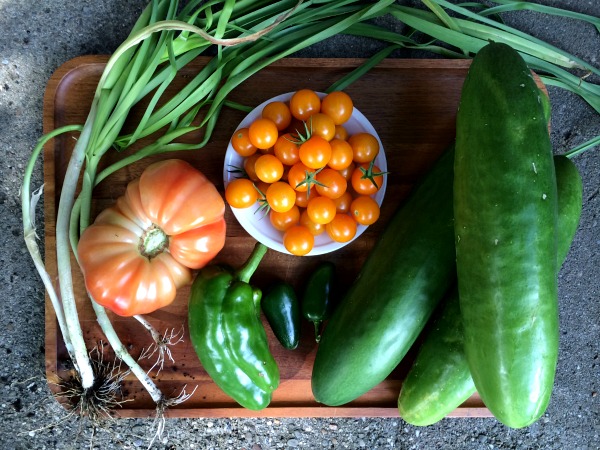 Cloud: I only made it to the gym once last week.

Lining: Tina and I had kitchen dance parties instead. It’s clear I’m the better dancer. All I’m missing is a sequined mini-skirt and a pair of sexy stilettos.

Cloud: it got downright frigid here the past few days. Don’t worry I refused to turn on the heat and layered up instead.

Lining: Cold temperatures means this pretty girl is back in my lap. Behold the puffy white cat no one ever sees, partially because she’s crazy shy despite her penchant for beheading chipmunks and also because she’s been pissed at me for over a year, since I brought Oscar into the house and her life. 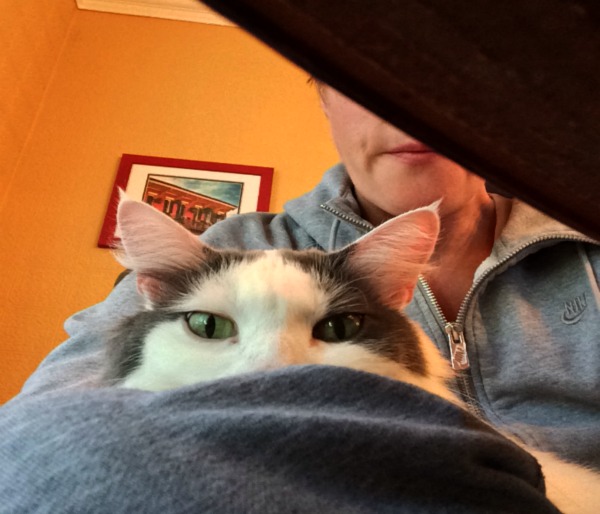 Cloud: I thought there was a slight chance I was coming down with a cold.

Lining: I ate a boatload of bell peppers and knocked it right out of my system. You didn’t know I invented the cure for the common cold, did you? It’s okay to be impressed. I’ll wait while you express your admiration. 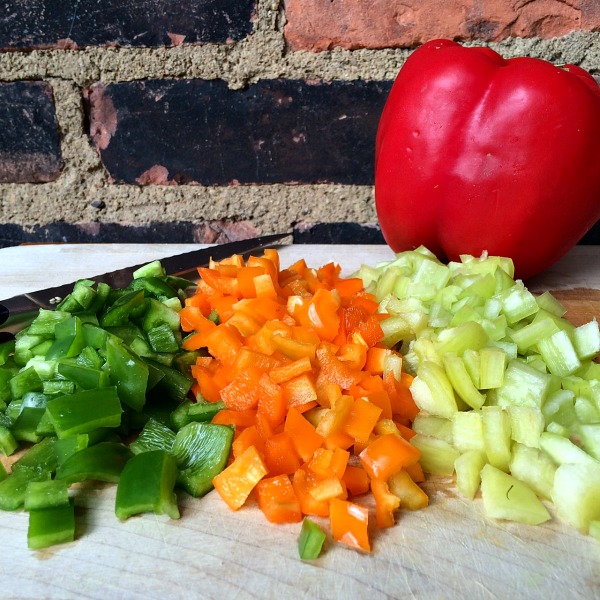 Cloud: The carrots I was going to use in several meal prep recipes yesterday, including a Roasted Tomato Basil Soup, turned out to be a big bag of rottenness. They were only a week old. Grrr. I did not buy them at my typical haunts: Nature’s Bin or the farmers market. Lesson learned, although I may go back to the store of purchase and unleash Cat Woman on them. Hell hath no fury like a women with spoilt produce.

Lining: I made Peas & Crayons newest Crock-pot Mexican Based Potato Soup instead. Potatoes meet cheese; it’s a magnificent no brainer for me. 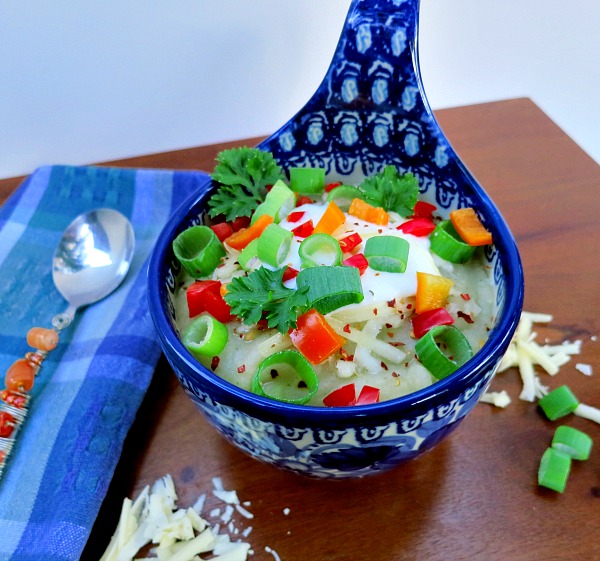 Considering those two things are partially the loves of my life, I’d say this silver lining put me on top. Being Cat Woman doesn’t hurt either.

Your turn. What are some of your clouds and what’s your happy lining?