You are here: Home / Good Eats / What Do Core Moves and Swiss Chard Have in Common?

I recently mentioned an upcoming beach vacation with the family, and I for one can’t wait. I’m very excited to spend time with everybody and do some serious relaxing. My dad and stepmom reserve a beach cottage in Canada for

a week every summer (Canadians are the nicest people ‘eh), and the whole family converges there. It’s a great time, and the second best part (next to seeing the whole family, of course) is I don’t have international access on my phone, so I’m pretty much out of commission. I don’t know about you, but I get all my work emails on my iPhone, so I am constantly connected. Not this vacation though. Instead, it’s forced phone silence. I’ll be incommunicado, rogue. What a beautiful thing. 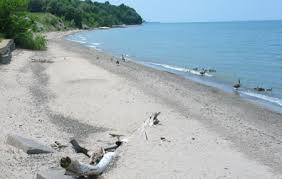 The down side to the beach vacation is the bathing suit. Granted, it’s a semi private beach, so I’m not trying to impress the masses. I just want to feel good about myself in a bathing suit. Who doesn’t? Confession time. I’m in pretty good shape, but my abs could use some work. Women tend to hold their excess weight in their belly, and I’m no exception. While I’m not carrying around much of a pouch anymore, I could definitely use some toning and definition in the abdominal region. So starting now and until we go on vacation in mid-July, I’m going to focus on my abs.

Our abdominal muscles are made up of multiple groups, and some of mine are strong (like bull) and others, not so much. I could do bicycle crunches forever and a day. I eat reverse crunches for breakfast, while holding weights. I laugh in the face of planks. Ha, ha. But ask me to lie on my back and hold my feet off the ground for a minute straight. Um yeah, not so much.

I scoured pinterest, or really it just popped up in the “Pinners You Follow” section (Thanks Liz!) and last night, I put this workout to the test: Six Core Ab Moves. It rocked my world…in a bad, but good way. Directions can be found at this website:

I tackled all six moves, and exercise one, two and three…no problem. I was all, “I got this. No sweat.”

Exercise four…tough, but manageable. I started to glisten, but only just slightly. Still, I could hang.

Until exercise five and six, which left me reduced to a sweating shaking puddle. Can you say “hot mess.” I may have even fallen down once or twice. I sure as hell didn’t look all graceful like the girl in the pictures.  Thank god only the cats were around to witness me making a spectacle of myself.

In this case, struggling is a good sign. It means I’m working underused and neglected muscles, so I’m going to have to do exercises five and six again and again until I’m no longer weeping or until my vacation, whichever comes first. I’ll continue to do moves one through four since I’ll need the confidence boost and really, it couldn’t hurt. Or at least not as badly as moves five and six.

So wish me luck and feel free to join me on my quest to beautiful abdominal muscles.

Alright enough about abs. Let’s talk food. Earlier in the week, I promised to share the recipes for the Swiss Chard and Cilantro Lime Corn. Today, I’ll share the Chard with the promise of Corn still to come. 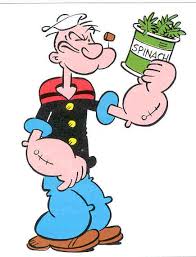 When advertising was accurate.

Swiss chard is one of the best vegetables you can eat. It is second only to spinach for the most nutrient rich dense vegetables. Chard is great for detoxing and is chock full of antioxidants, which help boost your immune system so you’re less likely to get sick. Now that’s a good thing. Chard also helps reduce inflammation in the body, and inflammation is bad. Very bad. It’s been linked to high blood pressure, type 2 diabetes, arthritis, obesity and a host of other icky things. So, eat your swiss chard and your spinach.For more detailed nutritional information on swiss chard, click here: http://whfoods.org/genpage.php?tname=foodspice&dbid=16Simple

Start by washing your swiss chard. I highly recommend washing all your fruits and vegetables, even if they are organic. I gave up eating mud pies when I was six, and I don’t see the need to go back there. For this particular recipe, remove the stems and the center veins so you are literally left with just green leaves. Give the leaves a quick run through with a knife.

Then, heat up a little oil and some garlic. Garlic makes everything better (except kissing).  As soon as your garlic starts to brown, and it only takes a minute, throw in your chard and add your balsamic vinegar. Let it cook, stirring often. I prefer to use tongs for this. Now, don’t be alarmed, but it will deflate…a lot. A whole lot. The first time I made this was to bring to someone’s house as a side dish. I was so embarrassed showing up with a tiny container for a group to split. It didn’t matter though

because what you’re left with is some lovely greens with intense flavor. And even though it may not look like much, there’s plenty to go around.

And if eating swiss chard all on its own scares you (I get it – food can be scary), start by mixing it into your next batch of pasta. Just make sure to cook it first. If you want, you can add it to the boiling water along with your noodles and drain it all together. Save yourself a dirty dish if you can.

So what do core moves and swiss chard have in common?  Both are going to give me abs of steel. Watch out now!

« Peanut Butter
Double the Fun or Double the Corn Anyway »