You are here: Home / Bottoms Up / WIAW: The Sandwich Edition

You know the deal, and you certainly know the scenario. Today is Wednesday (holla’) so it’s time for our weekly What I Ate Wednesday post, sponsored by the always funny Jenn at Peas and Crayons. Remember to stop by her site and say hello.

It was 39 degrees here in Cleveland Monday morning. I could have, and should have, worn a scarf and some mittens on my way into the office. It might seem too early for some, myself included, but I think it’s safe to say we have switched full force into fall, although I’m still hoping an Indian Summer will rear it’s sweet, blissful head. A girl can dream.

Now that we are into colder temperatures, my taste buds have changed. Gone are the days of lighter fare and here to stay are cravings for richer and heavier meals like soups, stews and definitely sandwiches. I’m a big sandwich fan and before you crack any kind of sexist sandwich joke, remember I may be little, but I’m strong, like bull…or maybe a small pony or really a poodle. What can I say? I don’t weight train enough. True to my title, my Tuesday eats contained not one, but two tasty sammies, but before we get right to the bread and everything in between, let’s start with my breakfast. I had my typical cup of coffee followed by a lean green machine with strawberries, a frozen banana, some pineapple juice and of course, kale. I still can’t get over the fact I’m drinking a camouflage colored beverage, yet can’t taste the greens. I really don’t understand how this works, but well, it does, and it leaves one hell of a milk mustache. 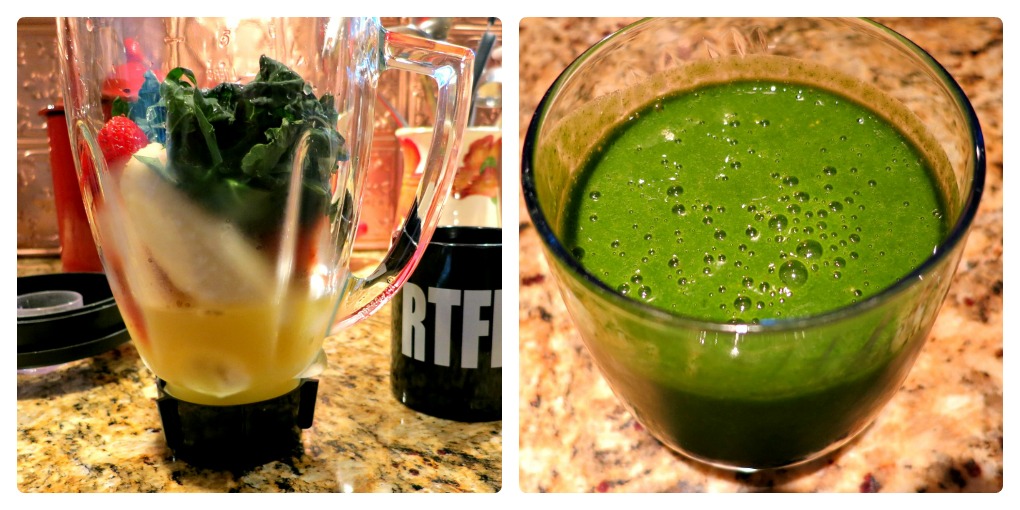 After breakfast and a few hours of work, I met up with the Hubby at the Cleveland Clinic for some routine doctor’s appointments, so we ended up grabbing lunch there in their cafeteria.  Hands down, the Cleveland Clinic is one of the best hospitals in the country, and I love how their food is labeled with the ingredients, calorie count, fat and carbs for every item they’re selling. Pretty impressive…now if only they would boot McDonald’s. Aside, it was completely depressing watching the sheer number of seriously unhealthy people putting down Mickie D’s like it was going out of style.

What wasn’t depressing though was my lunch. I opted for the Potato Leek soup and a Caprese Sandwich on wheat bread for a total of 599 calories. I’ll tell you what, I got 99 problems, but lunch ain’t one.

How many cafeterias do you know put fresh basil leaves on their sandwiches? Sign me up please.

After a nice lunch with the Hubby mid-week, I headed back into the office to put in some more hours on the job. Sadly, there was no gym time on Tuesday, but I’ll be back at it Wednesday for some boot camp classes. After work, I returned to my lovely home, where I snacked on a beautiful red Anjou pear and some of my Roasted Candy Almonds (both unpictured). For dinner, I had…..you guessed it, another sandwich and a strawberry blue cheese salad with a few more candied almonds thrown in for good measure. 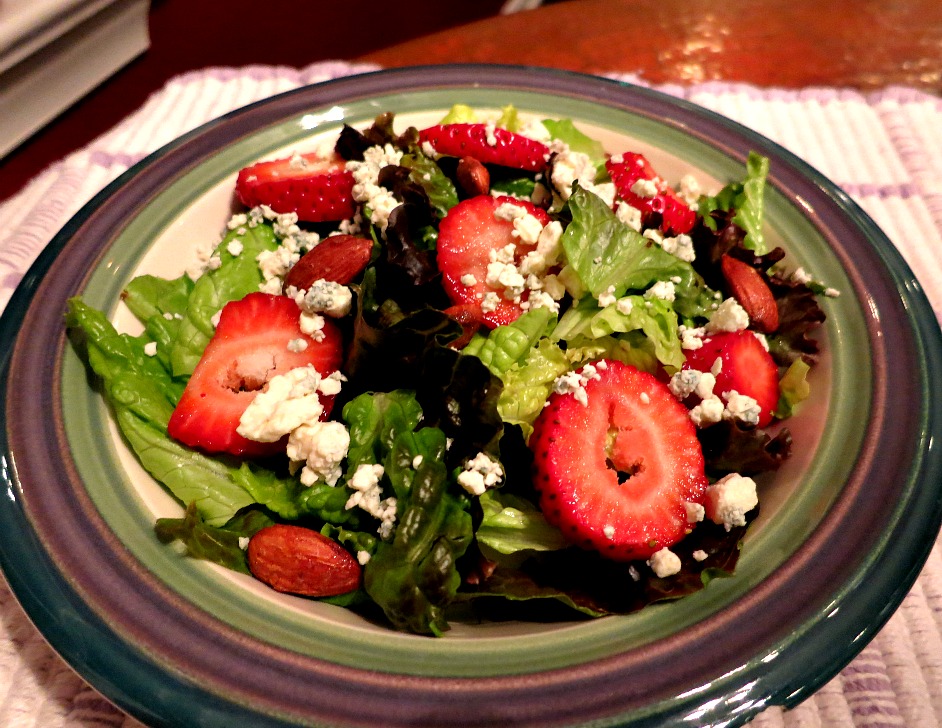 The sandwich was the star of the show though. For the first time this season, I busted out the Panini maker (yes, I’ve been holding back on you) and put together an Apple Cheddar Panini on Honey Wheat bread with a touch of balsamic vinegar. This Panini sandwich was a staple last winter, and now I remember exactly why. The sweet crisp, crunchy, apple slices compliment the warm melted cheddar cheese and the sharp tangy balsamic vinegar. All this goodness is sandwiched (literally) between two thick slices of Honey Wheat bread from my favorite local bakery, the Breadsmith. Let’s just say, this is comfort food at it’s finest, and if you’re a carnivore (or omnivore), feel free to toss some bacon in there too. I know the Hubby added it to his. 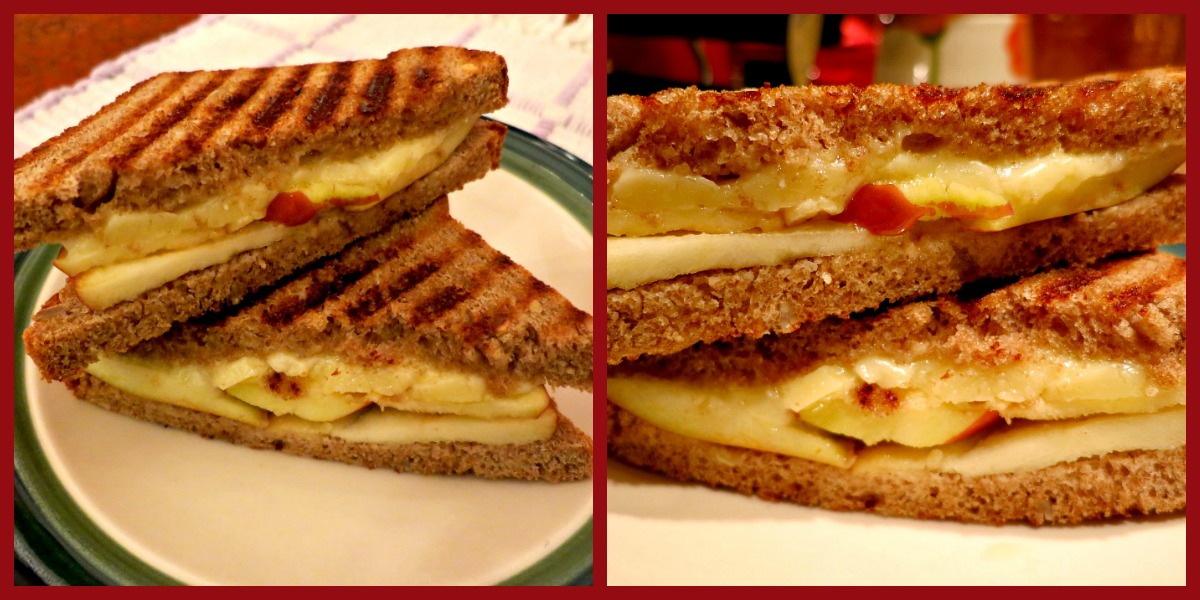 Now that the seasons have changed and the Panini maker has been released from its hiding spot buried beneath a bunch of stuff in the cabinets…oh, who am I kidding? It was stacked neatly away in a very organized fashion; anything else would keep me up  at night. The point is, it’s out now, so consider it game on. Let the season of the Panini begin….

Do you own a Panini maker, and what’s your favorite Panini or sandwich fixings?

« Getting Grateful
CSA Winding Down »