You are here: Home / Good Eats / Week In Review: The Ramp Recipe Edition

Oh man, that was really bad. I’m sorry I had to put you through that. I’ll try to make it up to you in other ways. Perhaps I shall wave my magic wand and mutter a few words bringing on a brief bout of amnesia, causing you to momentarily forget that horrible introduction. Just kidding, I don’t have a magic wand, but I sure would like a tiara. I have a couple of fancy headbands with beads and feathers. I’d say that counts.

I went to the farmers market again last Friday. Of course I did, and I happened to score not one, but two more bunches of Ramps, which are basically the love child of Garlic and Onion, although I think it’s safe to say, the garlic was the top performer that day. Ramps are sometimes, and jokingly I’m sure, referred to as a West Virginia breath mint. I call them the best thing since sliced bread.

Confession: here’s the thing about ramps, they’re kind of like a kick in the cojones; a little ramp goes a long way, which is why I was only looking to grab one bunch at the farmers market, but my lovely and friendly farmer gave me extra, what with me being a regular and all. It might also have something to do with the fact they were on their last legs, and perhaps he didn’t want to get stuck holding twenty pounds of ramps. Whatever the real reason, I found myself with a lot of ramps and only a little time to use them.

While I am still a bad ass (if I have to say it, does it automatically negate my bad assness?) and accomplished more than a single human should last week, I’m going to skip all that today and instead we’re getting our Ramp on. 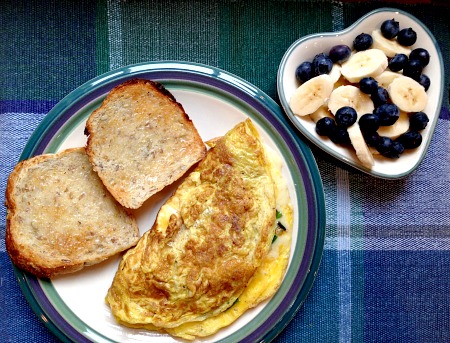 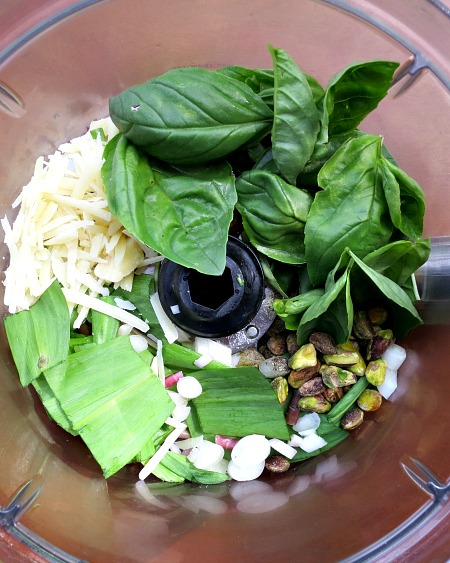 And I busted out a modified version of Jenn’s recipe for Asparagus Pesto. My modifications included swapping out the garlic and sending in the ramps. The end result: a potent pleasure palace. 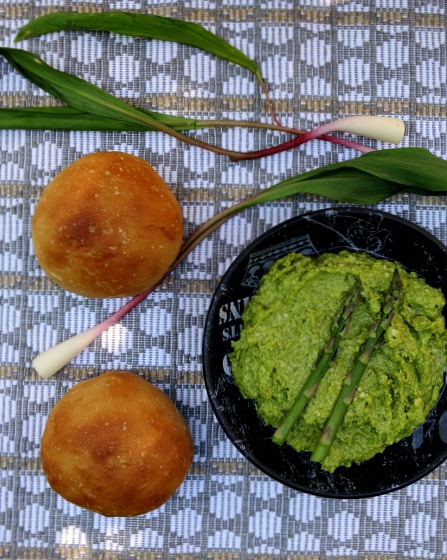 Since the food processor was already in use, I snagged Kirsten’s recipe for Garlic Scape Pistachio Pesto and subbed the ramps for the garlic scapes. One weird green for another makes magic. 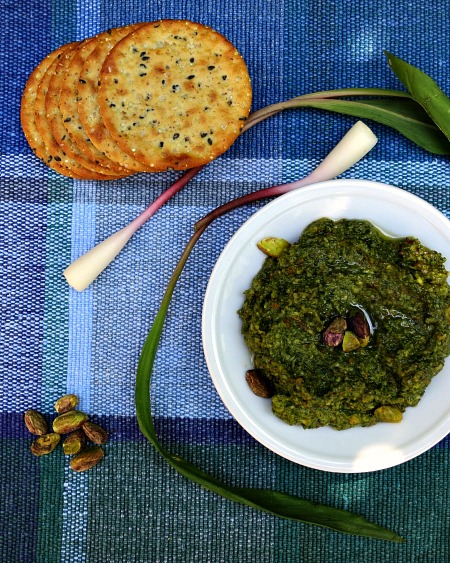 Still following in Kirsten’s footsteps, because I happen to think they’re pretty awesome, I took this same pesto and used it to make my first ever batch of Ramp Pistachio Pesto Hummus, which I’ve been consuming by the spoonful. Obviously. 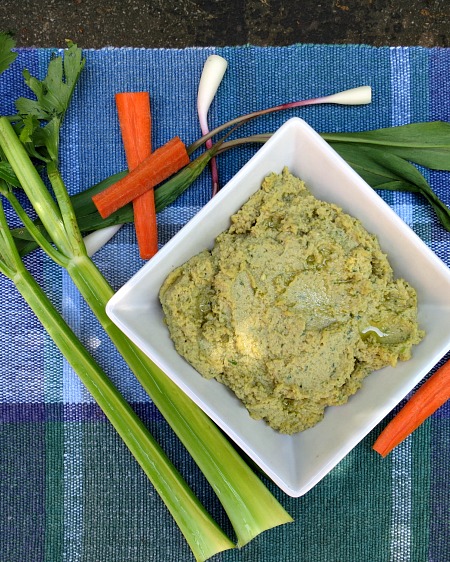 As if all that processing wasn’t enough, I whipped up my own version of Creamy Potato Ramp Soup, which made for a deliciously robust Saturday night dinner. 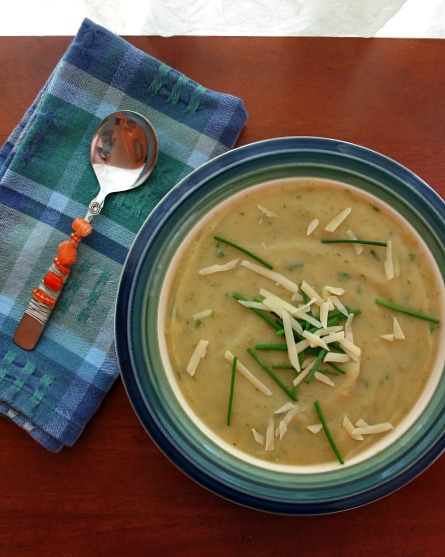 Last but certainly not least, I used Arman’s recipe for Parmesan Pesto Waffles and ramped it up; literally. I turned his squares into circles and used my Pistachio Ramp Pesto in place of the more traditional Basil Pesto. Ha; I scoff at tradition. Topped with sour cream, fresh chives and diced cherry tomatoes, these Parmesan Ramp Pesto Pancakes are an absolute winner. I’m already plotting my next batch. 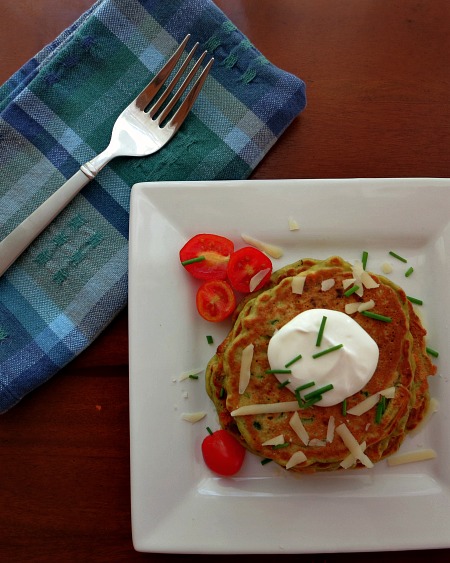 That my friends is one hell of a Ramped up weekend, which by the way, only used up one bundle of Ramps, which means I have an entire second bunch to work through. Gulp.

Side Note: this post is doubling as my What I Ate Wednesday submission this week because the omelet straight through to the soup was my Saturday eats. The only thing missing is a couple (cough *four* cough) slices of Lemon Blueberry Dessert Bread from the Breadsmith, which I shared on my Facebook page. Sam gave it two paws up.

What was your last food obsession and how many different ways did you prepare it? Got any more ideas for Ramps? Feel free to share the link in the comments section below.