It feels like forever and a day since I’ve glorified the almighty vegetable.

Oh wait…that’s because it has been. My bad. 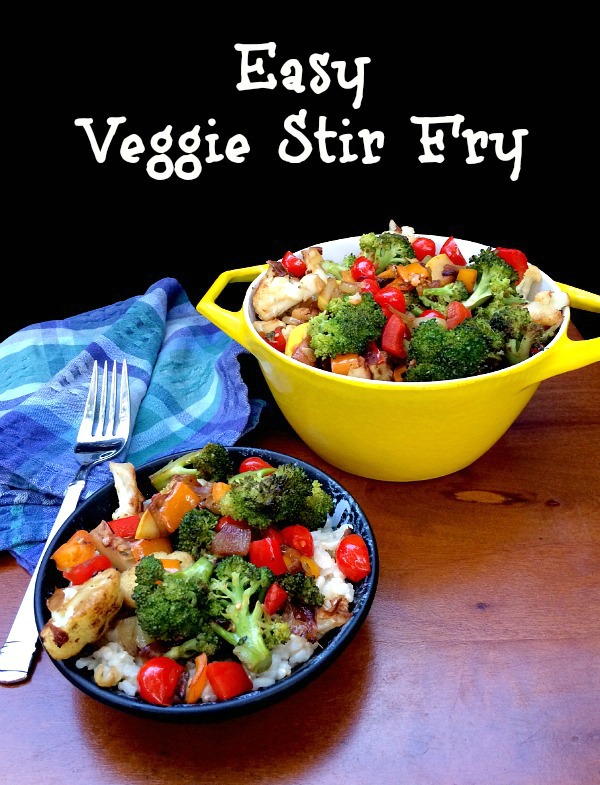 It’s true, I’ve been slacking on sharing my veggie loving, only on the blog though because those babies are plastered all over my Instagram feed. The veggies that is, not me. Well unless it’s Saturday night, and then we’re all a bit tipsy.

The simple truth is I owe you some produce love, which is why I’ve decided to share one of my favorite recipes. This one is tried and true and has been tested hundreds of different times, which, despite my flair for the dramatic, isn’t an exaggeration. Ego aside, the real reason I can safely stand by this statement is because I eat this for dinner on a monthly basis, if not more, and it just so happens to involve mass quantities of vegetables and heaps of flavor, which is the way I like it. ♫”Oh, that’s the way, uh-huh, uh-huh, I like it.”♫ Heaven help me, how did KC and the Sunshine Band slip into my noodle. Make them go.

The beauty of this recipe is you can use whatever veggies you have on hand, in whatever quantities you prefer. While I will deliver an actual recipe, you don’t need to follow it in excruciating detail. Basically, if you want to color outside the lines, now’s your chance. In fact, I strongly encourage you to throw caution to the wind and fly by the seat of your pants, or at least your veggies. Then again you might be flying by your pants after eating so many veggies in a single sitting. Not me though, I have a stomach of steel. That or I ingest so much fiber on the regular, it has no impact. It does have a boatload of nutrients though, and we all know how much I love those guys.

Basically, veggie stir fry is does a body good type food. It’s what I crave after a few days without greens or too many meals out. It’s one of the dishes the Hubby always asks for when he comes home. Not only does it look pretty, it tastes damn great too. It’s the real deal and the whole package, all bundled up into one. It’s everything you’d want in a meal…well unless you’re feeling carnivorous and then you might want to toss in some chicken or steak. I say go for it, I won’t judge and if you’re looking for a good cheese to top it off, might I suggest Asiago?

While its adaptability is part of what makes this dish so charming, the other gem is the flavor, and yes I’m talking about a boatload of vegetables being full-flavored, tasty  and tempting. I know people tend to see veggies as the creepy guy at the party you want to avoid; you know, the one who traps you in a corner and talks your ear off all night about sports, hunting, or politics. Shudder.

It doesn’t have to be that way though, which is why salt and pepper, especially when it comes to mass quantities of veggies, is your friend. Do not be stingy with the seasonings; you’re working with vegetables and they’re begging for you to enhance their flavor. When they talk, you listen. Or perhaps you make a hasty call to your therapist since your vegetables have suddenly started speaking in tongues. 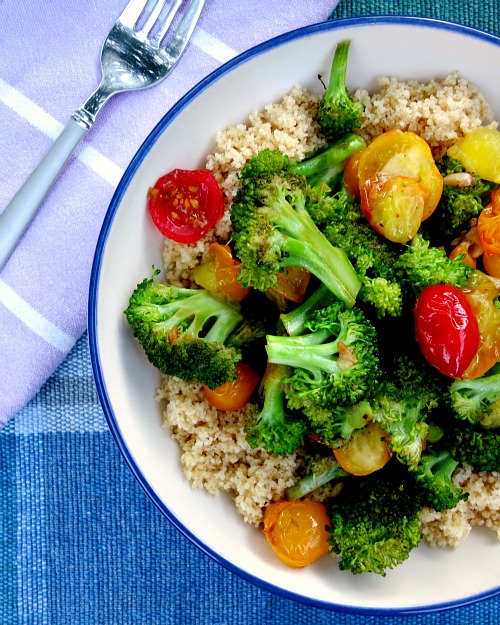 Show your veggies love by adding salt and pepper and then tasting them; frequently, while they’re cooking. If you think they’re bordering on boring, add some more salt and pepper or any other seasoning which makes your heart sing. Feel like a little heat? Add some red pepper flakes or cayenne. Feeling saucy (I know I am)? Add some Herbs de Provence. Feel like heading East? Add some Turmeric, Paprika, and Cumin. Whatever you’re digging at the moment, add a pinch, wait a minute for your vegetables to absorb the flavor and then taste them again. Honestly, that’s the secret of good cooking right there.

In addition to seasoning, cook time is an important factor. I don’t want to eat a serving of raw and rock hard veggies (raises eyebrow suggestively), and I don’t want a bowl full of mushy ones either (… and the eyebrow goes down). The secret is to stagger the addition of your vegetables. I always begin with some chopped onions and a crank of salt and pepper. Then I add garlic and another crank of seasoning. This is the base of all of my stir fries and most of my soups. It’s also know as the art of building flavor. Next comes those beautiful and bountiful vegetables which require a longer cook time. Think broccoli, cauliflower, and carrots. After those have cooked down, you toss it whatever’s left, saving your tomatoes for last. 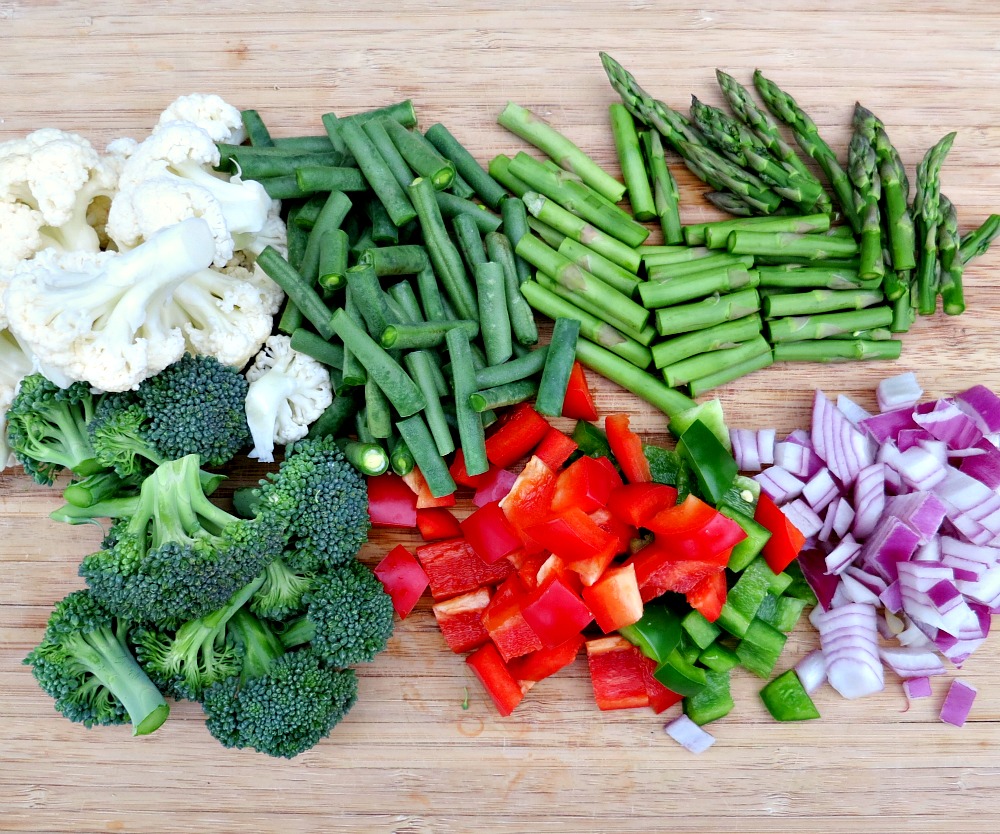 The end result is a soft, yet slightly crispy and well seasoned medley of vegetables. The variety of flavors and textures makes your heart happy, literally, and your stomach full. I pair the final product with some cooked rice, quinoa or homemade garlic bread to make it a substantial meal, one that you’ll want to eat monthly, if not more. 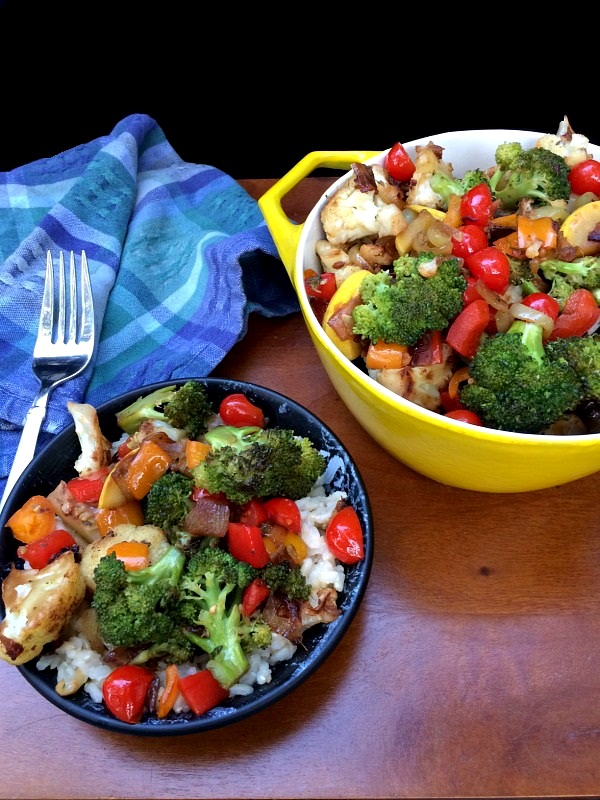 Serves 2
A soft, yet slightly crispy and well seasoned medley of vegetables. The variety of flavors and textures makes your heart happy and your stomach full
Write a review
Save Recipe
Print
Prep Time
20 min
Cook Time
30 min
Total Time
50 min
Prep Time
20 min
Cook Time
30 min
Total Time
50 min
Ingredients
Instructions
Notes
By Meghan McCarthy
Clean Eats, Fast Feets http://cleaneatsfastfeets.com/
One last note, make enough to have leftovers.  I always shoot for this despite the Hubby’s attempts to thwart me by eating it all. Toss them into a baked potatoes, add them to your omelets, stuff them inside a quesadilla or make them the base of your next pizza. The options are endless and the results are fabulous. 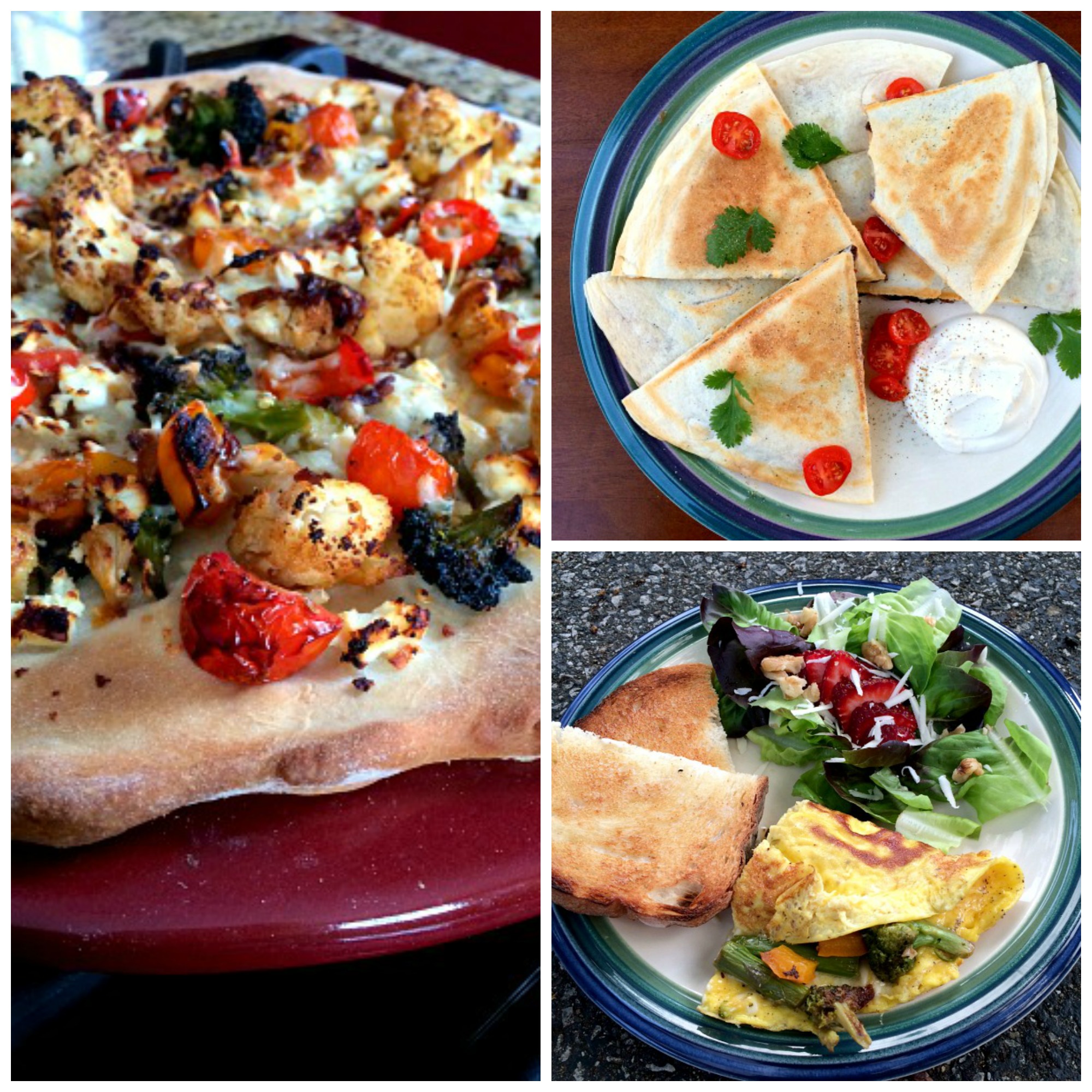 This post is being shared with Sprint 2 The Table’s Strange But Good, even though there’s probably nothing all that strange about it. Laura, I just like coming to your parties. It’s also being shared with She Eats Fresh Food Wednesdays because Kristy’s my girl. Last but never least, it’s being brought to the table at the following fabulous link ups: Anyonita Nibbles Tasty Tuesday’s, Hun… What’s for Dinner’s Simply Supper Tuesday’s, Buns in my Oven What’s Cookin’ Wednesday and The Novice Gardener’s Fiesta Friday.

Do you eat veggie story fry often? What’s you favorite seasoning combo or mixture of veggies? Do you have your own recipe? Feel free to link it in the comments below.

« WIAW: Spud Love
Thoughts That Go Through My Mind While Running »