You are here: Home / Bottoms Up / WIAW: The Sunday Edition

You know the drill. It’s What I Are Wednesday time, where I share an entire day’s worth of eats with pretty much anyone who cares to know it. If you’re down with creeping on other people’s food (you totally are; it’s ok to admit it), you have come to the right place, my friends. When you’re done here, head over to Peas and Crayons to see a boatload of other people’s eats. Mad love to Jenn for hosting this weekly shindig and promulgating our stalker ways.

Before we get to the meat of today’s post…ha, ha, I said meat. Get it, meat coming from a vegetarian…look, they can’t all be winners. Maybe I should start over, or maybe I’m too lazy, so you’re going to have to look past my bad jokes, and I do mean jokes, in the plural sense of the word, because there’s plenty more where that came from.

Before we get to my eats, I’ve got some housekeeping items I want to go over first, and we might as well list them out, bullet point style because bullet points are where it’s at. Don’t knock ’em until you tried ’em. Alright fine, knock ’em all you want, but you don’t know what you’re missing. Bullet points set my heart a flutter. Look at that, I can be romantic. Who knew? 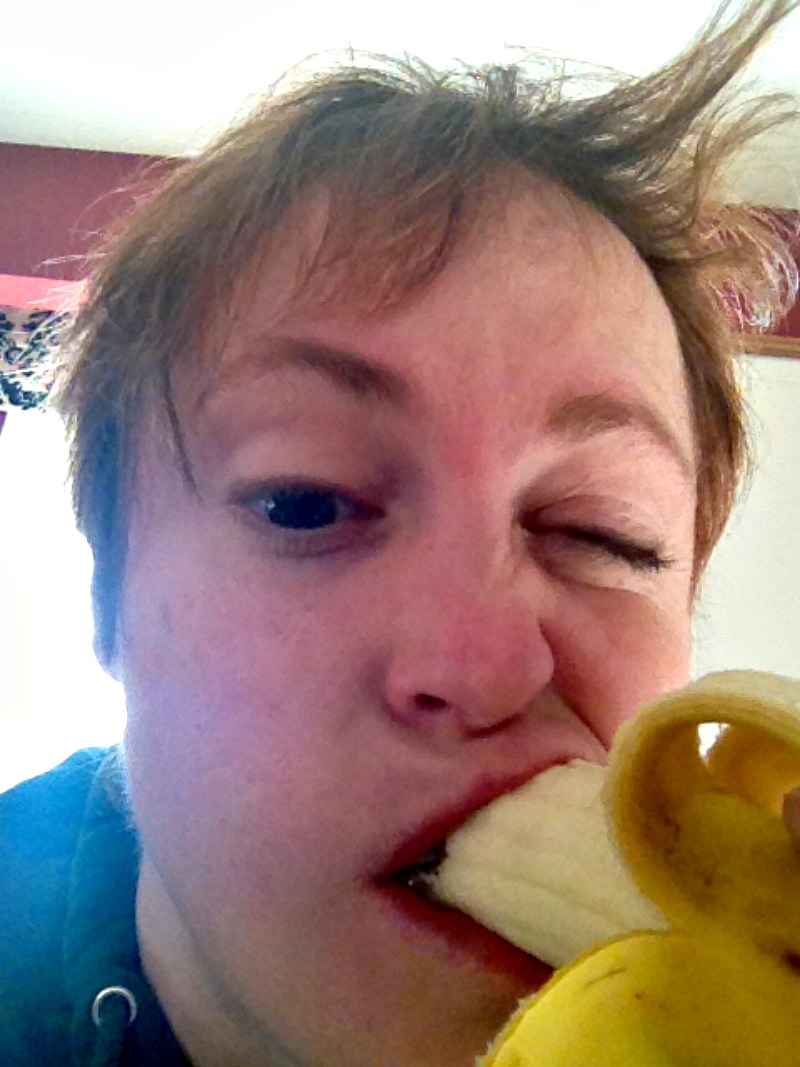 Let’s get to the food.

I’m going to share with you my Sunday eats for no other reason than I took pictures of pretty much everything which made its way into my mouth and ultimately my belly. Have I told you my stomach is named Poncho? Yep, he’s Poncho the Paunch. I think he’s cute, in a I don’t have to be in a bathing suit for months kind of way.

I had some oranges lying around the house or neatly organized in my fridge…details, details, and they were starting to get a bit soft (always a bad sign, and I’m not just talking about fruit). They were malleable enough I didn’t actually want to peel and eat them, but not soft enough they needed to go.

So I decided to drink them, and I’m glad I did. They were a lot of work, but worth every single sip. I almost paired them with some champagne, but I decided to full on taste the fresh oranges instead. Plus I had a lot of shit to do on Sunday, and champagne might have hampered that. Or impaired my judgment; I heard alcohol can do that. I wouldn’t actually know first hand though (snort). Let me rephrase that. I wouldn’t actually know anymore. Ah, much better.

Instead, I made some banana walnut muffins. I used honey in lieu of sugar, and you could definitely tell. Don’t get me wrong; they were edible, but I won’t be making them the same way again. Sometimes sugar is your friend. Not this time though because I deliberately neglected him, kicked him out in the cold, and now I’ve got negative romance points. 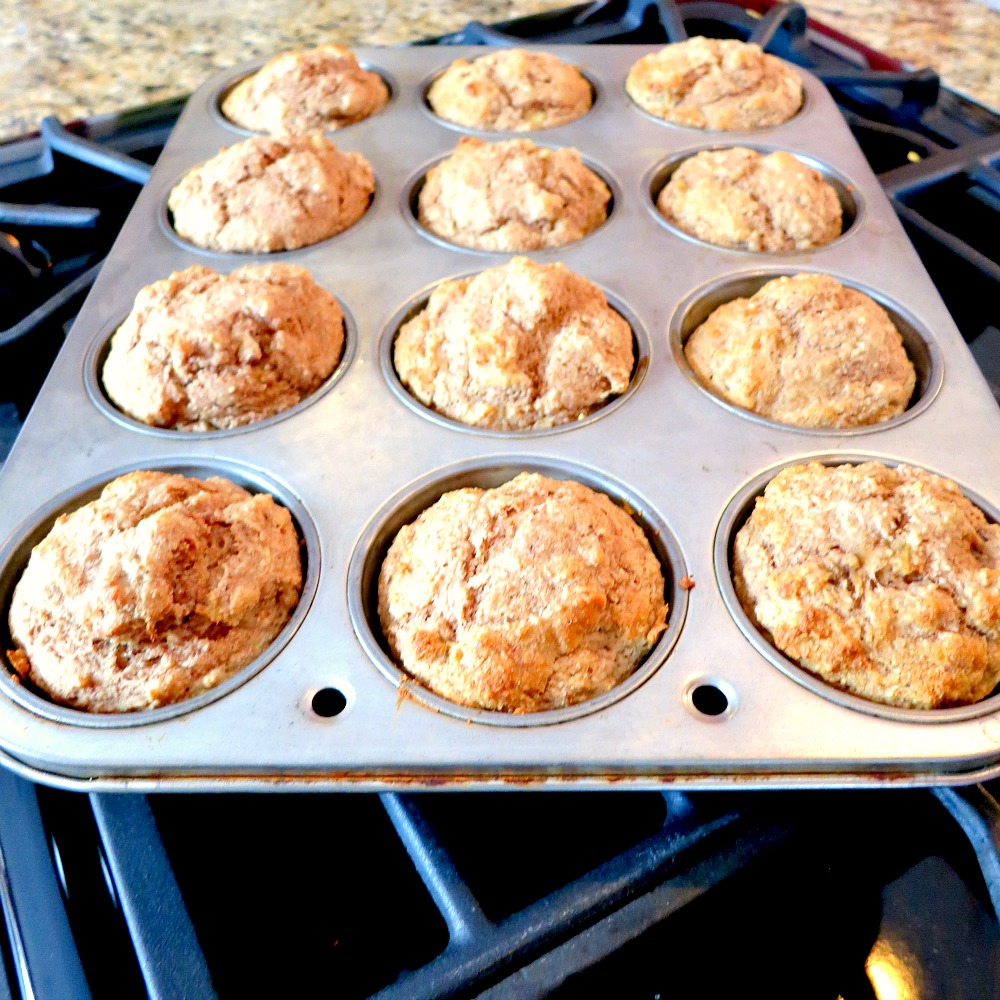 After breakfast I did some cleaning around the house, stacked some wood and then hit up The Bin, my grocery store. By the time I got back home, I was ravenous so I snacked on some pita chips and hummus while I waiting for my grilled cheese to brown because I was looking for fast and easy. What can I say? Fast and easy is my modus operandi for pretty much everything.

The bread for my sandwich was Tuscan Herb from the Breadsmith, of course, and it’s one of my favorites. It’s packed with fresh herbs, so it’s ridiculously fragrant and makes a phenomenal grilled cheese, which is a pretty solid recommendation because I know my way around a grilled cheese. 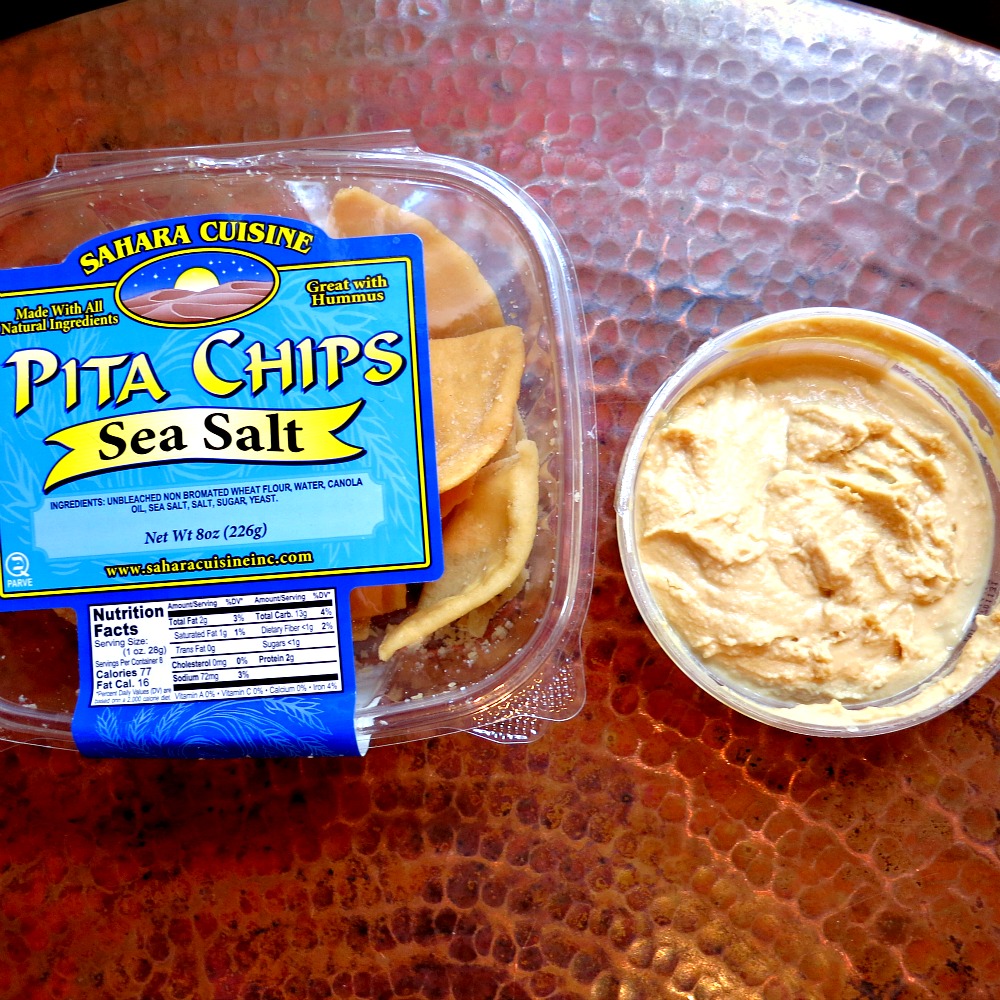 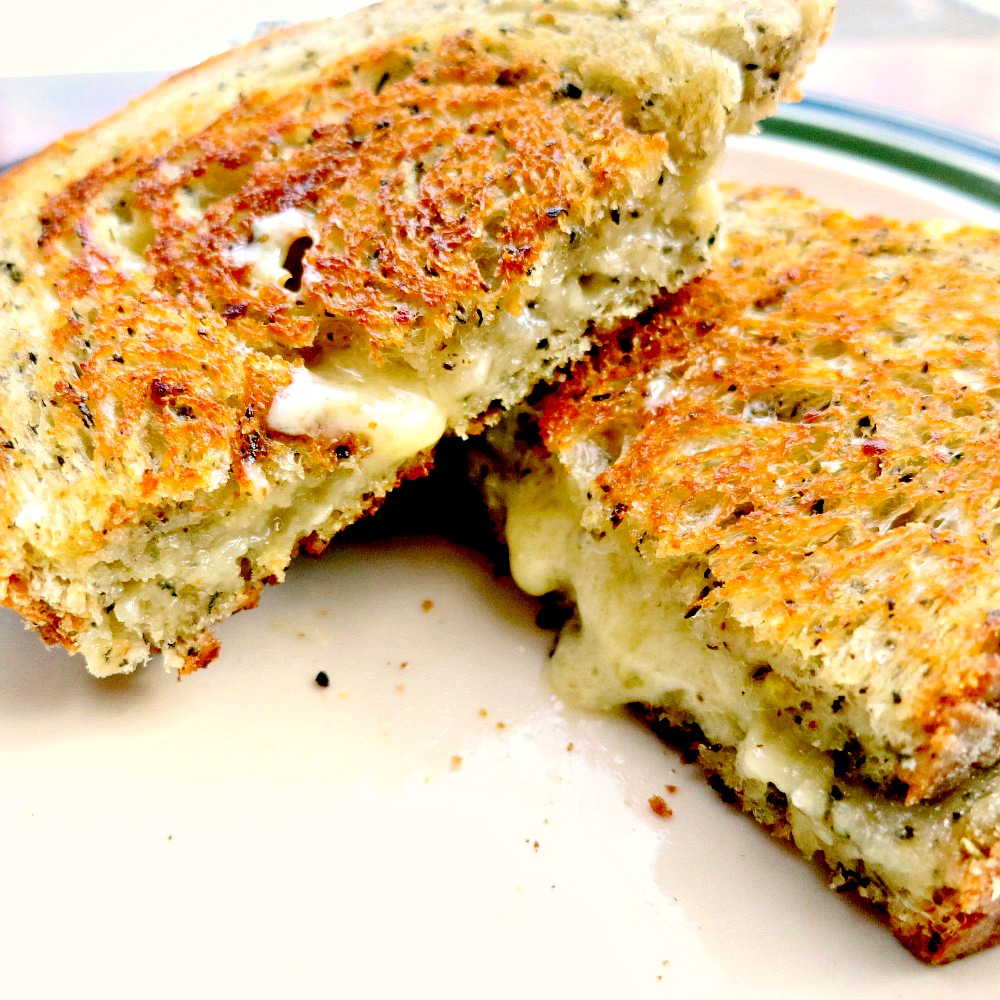 A few hours later, I made dinner: veggie tacos because my Hubby has been asking for these for weeks now. Naturally, he threw some ground beef in his, but for me, I mashed and heated up some pinto beans, sautéed onions and peppers and added tomatoes, lettuce and of course, cheddar cheese. It wouldn’t be me if I skipped the cheese, although Poncho might be smaller. 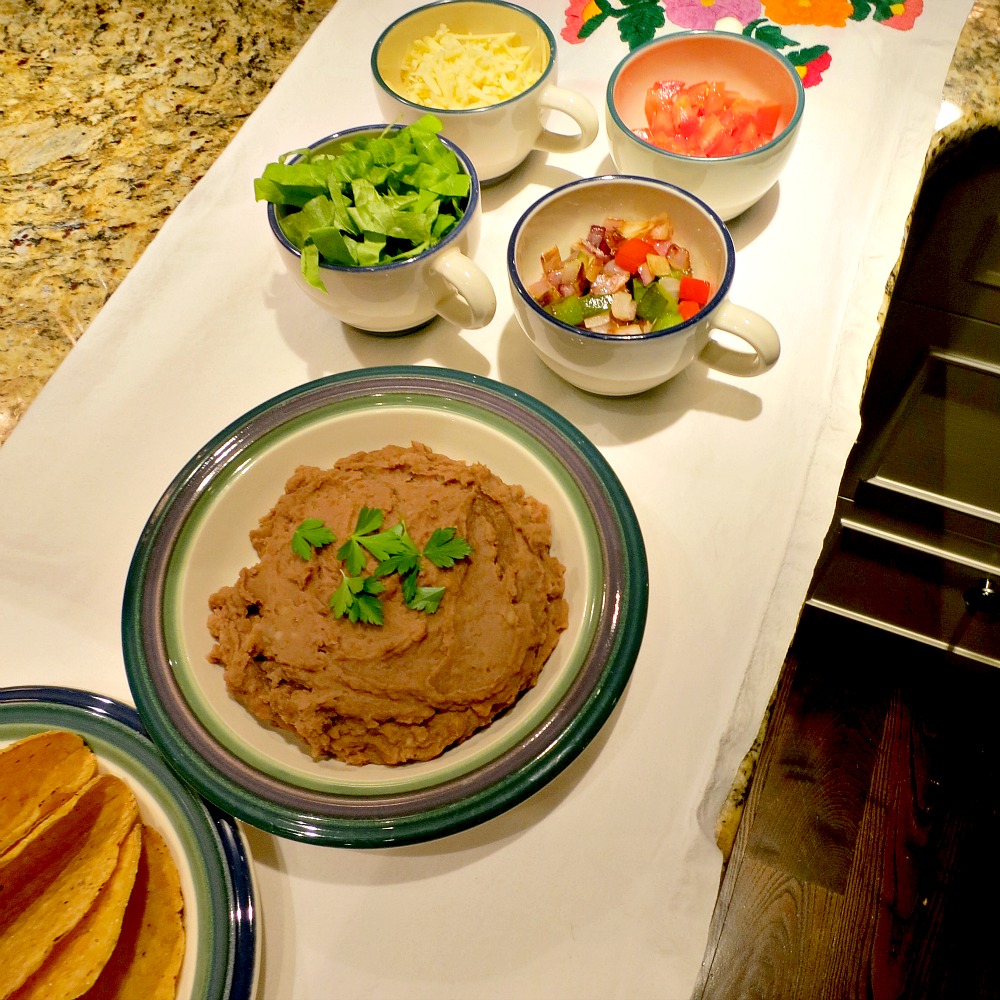 By the way, those are parsley leaves in the picture above, but I thought they could pass for cilantro, which would had been great with these tacos had I actually had some on hand. Alas I did not, and I pulled the parsley right after the photo shoot. I’m shady like that, but I always fess up. 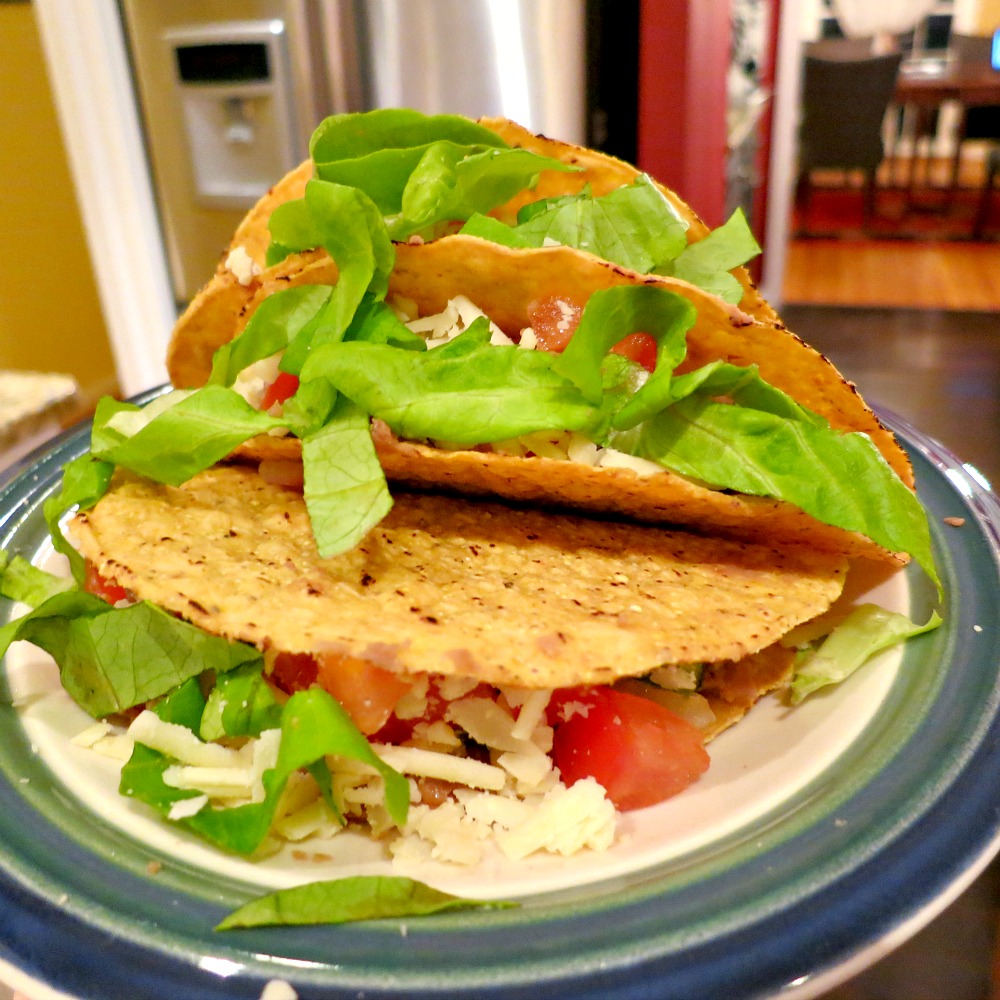 There you have it; a solid day’s worth of food. I hope you enjoyed it. Be warned I share more food shenanigans just like this and sometimes even better on my facebook page. If you liked it, you would know, so just do it. You won’t regret it. Alright maybe you would, but how would you know unless you tried.

What’s your favorite bread for grilled cheese? Tell me about a day of your eats. I want to know because I’m a food creeper.

« Weight For It
Farmers Market Finds »