You are here: Home / Bottoms Up / Week In Review: The Absolutely Fabulous Edition

Acceptable responses here are yes, absolutely, of course, or the most fitting, I barely survived without you. Anything else is a violation, and violators will be prosecuted and forced to eat countless kale salads and green smoothies. Not a bad way to go if you ask me.

Simply put, last week was Absolutely Fabulous, not to be confused with the BBC’s Ab Fab despite my incorrect use of italics. Although since Blood Orange Mimosas  and Catnip abounded, maybe I was channeling my inner Edina. Come to think of it, I’ve always identify more with Patsy, minus her whoring ways. 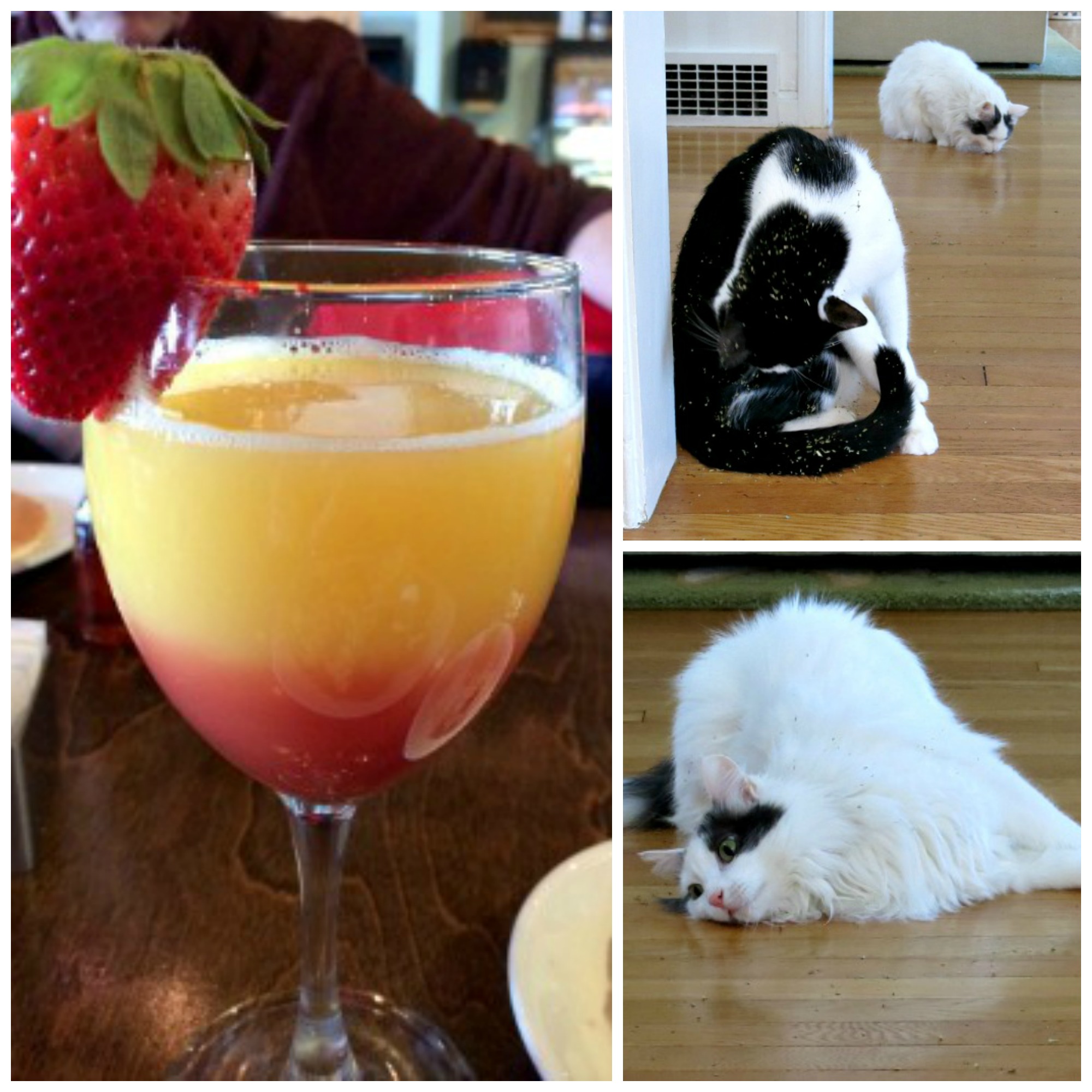 Then again, the Hubby was in town all last week, under my roof and in my lair, so to speak. It’s quite possible the heavens opened, the angels rejoiced and God spoke to me…in the voice of Morgan Freeman; obviously, because God should always be narrated by Morgan Freeman.

Alright enough with the introductions. You’re here to see what went down in my little world last week, and I plan to deliver. BAM! Sorry there’s been too much excitement or maybe just too much Emeril, which is kind of the same thing. 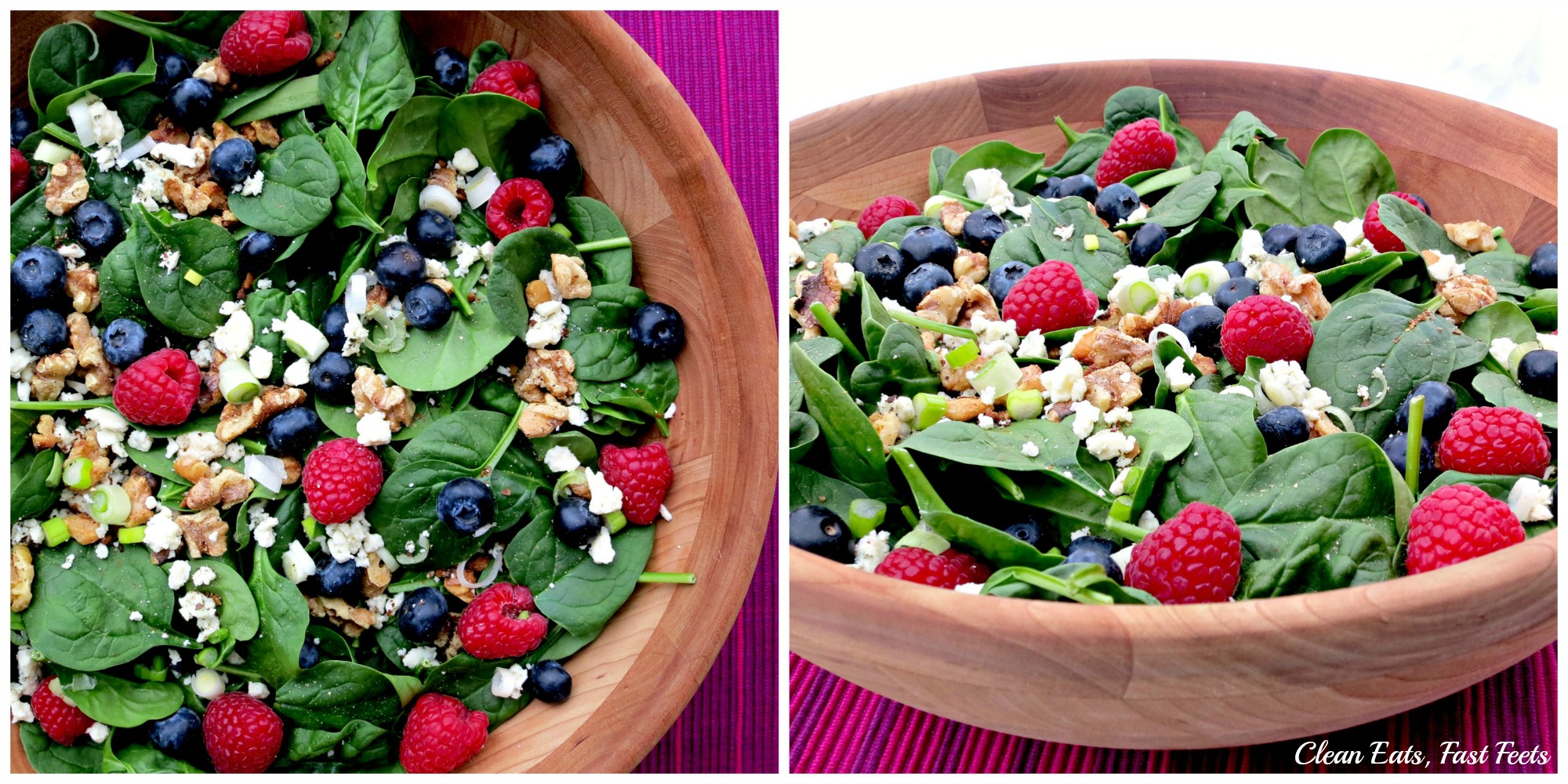 In this corner, we have a bed of spinach topped with freshly crumbled blue cheese, berries, toasted walnuts and diced green onions. We have texture, flavor and bite. We have nutrient dense food and macros galore with protein, carbs, and the healthiest of healthy fats, especially when you top it with a touch of extra virgin olive oil and cherry balsamic vinegar. In the other corner…. well, there is no one else, but if there were, this salad would kick its ass.

By the way, who needs a fancy pants reflector when you’ve got snow. This is how you make two plus inches work for you, Heather and Laura.

Of course there are other ways as well, but since this isn’t that type of blog….. snort. 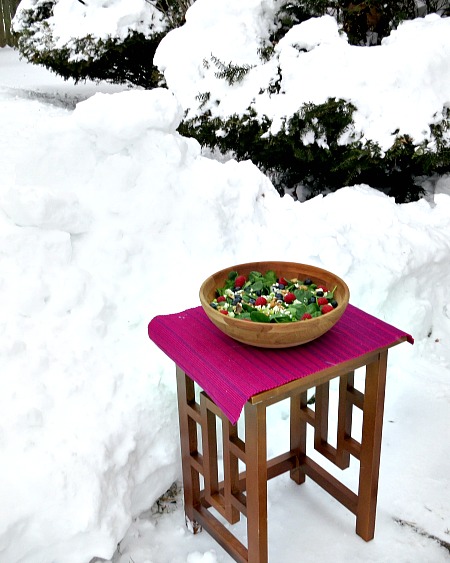 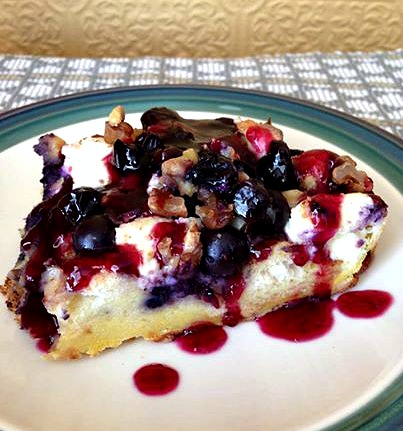 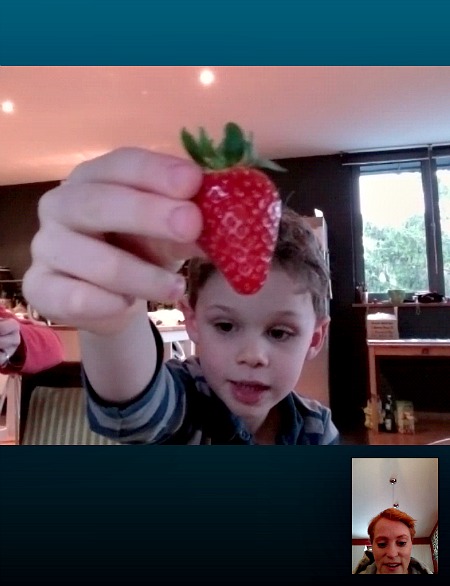 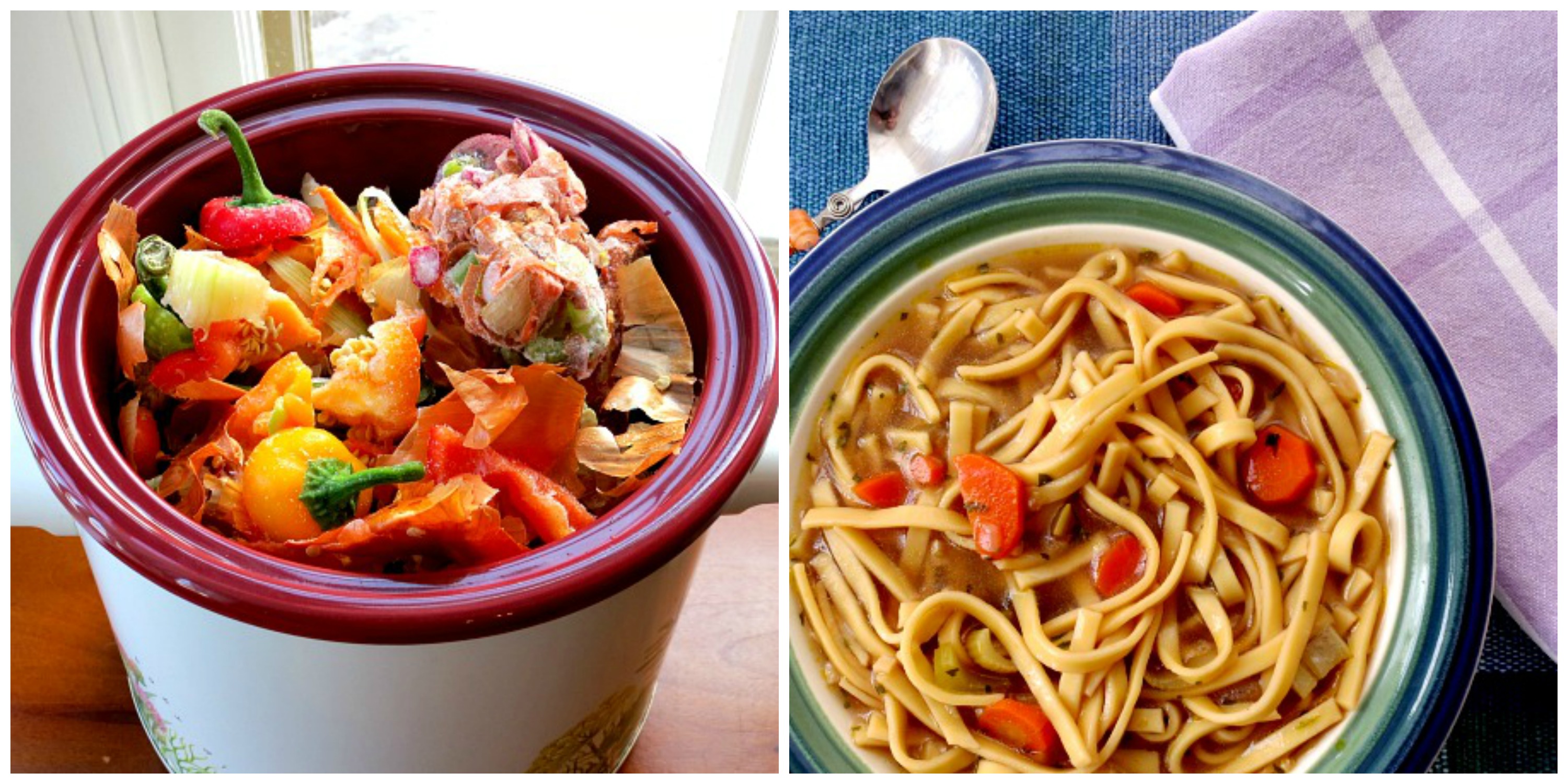 What did you accomplish in the last week or so? What was the easiest thing, and what was the hardest thing?  (My responses would be the Hubby, the Hubby and the Hubby. Please Morgan Freeman; don’t let today be the day the in-laws start reading.)