You are here: Home / Bottoms Up / WIAW: Double the Vacation Edition

It’s no secret I was on vacation last week.

In fact, I’m pretty sure I mentioned it several times, and I would have shouted it from the rooftops if I could safely manage to climb up there and get good footing. Rooftops can be tricky surfaces, so I’m speaking metaphorically here.

Today just so happens to be What I Ate Wednesday, hosted by the always lovely and equally as humorous Jenn. I say equally as humorous because I think I’m pretty funny. Um hello, did you see my rooftop joke above? That’s solid gold baby, or really platinum because that’s more my style.

I thought long and hard (hee, hee) about bringing a whirlwind of my vacation eats to the party today. I’d borrow a little from this day here, take a touch from that day there.  Ya know, the typical food blogger post-vacation WIAW. I’ll have you know though, I’m not your usual run of the mill food blogger. In fact, I don’t even know where a mill is, much less how to run one. Yep, more platinum baby. Fine, maybe that one’s a stretch.

There is an unwritten, although strictly enforced, rule in my house, which says mimosas need to make their way into at least one vacation breakfast. It’s a good rule, one I think should be adopted everywhere, so long as you are of the appropriate drinking age or in Canada. Hey, when in Rome. Or really Canada.

I followed it all up with a fruit filled smoothie. Liquid refreshment for the win. 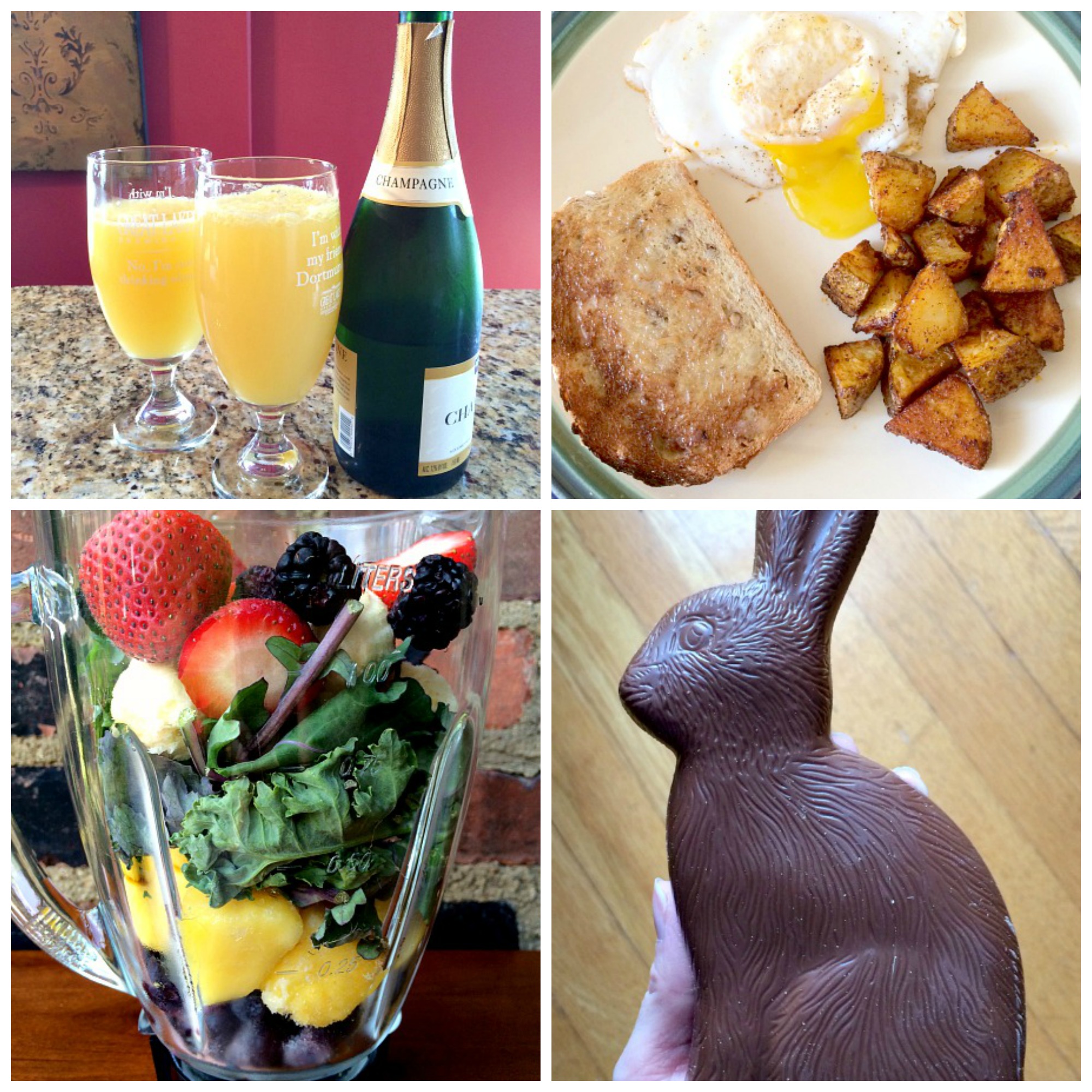 Dinner came a short while later in the form of a snack plate, which far surpassed any meal I could have made, considering I had no intentions of cooking after laboring in the sun for hours on end. In order of appearance, pine nut hummus, carrots, bell peppers, celery, pita bread, strawberries, ramp pesto and kalamata olives all made their way into Poncho, my paunch. Yes, I have named my stomach; it’s a sign of endearment. I devoured this entire platter, sans a spoonful of hummus. 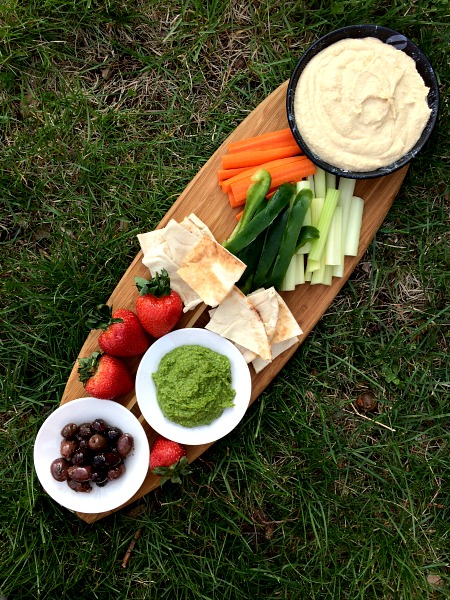 Saturday found me in Buffalo visiting with the family, drinking freshly squeezed OJ and getting fancy with my morning reading. I noshed on some fruit and a raspberry muffin before getting my yoga on. After class, I was forced to taste test some of my step mother’s chocolate no bake cookies, and by ‘forced,” I mean I willingly volunteered.

Lunch came a short while later at my brother’s place, where I scarfed down a veggie burger and three servings of this bean salad. Mmm beans…. Poncho Like.

Dinner was an evening out at Bacchus, where I ordered a mixed berry salad that came on a sweet and spicy walnut tuille, which was the obvious star of the show. The presentation was impeccable.

My main course was Asparagus Ravioli with “farmers cheese/cherry tomato salad/ lemon buerre blanc.” I practically licked my bowl clean. I also took notes so I can try to recreate these heavenly little gems at home. 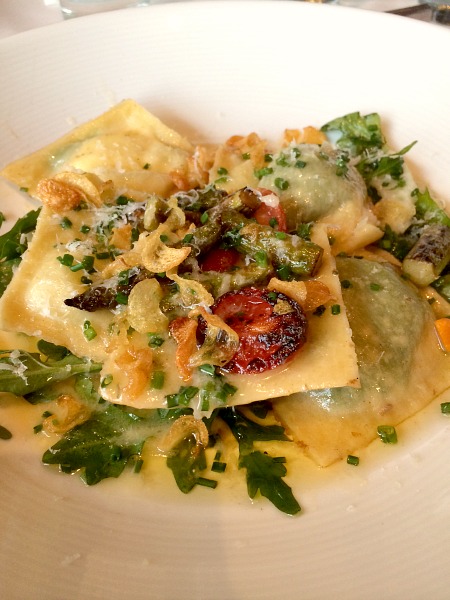 There you have it: two full days of vacation eats, photographed and happily consumed by little old me. I’d do it again in a heartbeat, and I wouldn’t change a thing.

What do your vacation eats look like? Do you have any unwritten food or beverage rules when it comes to vacations? Have you named your stomach?

« Week In Review: The Picture Edition
My Day with the Ginn Academy Cooking Club and HealthCorps »