While I’d really like to take all the credit for no other reason than I’m a glory hound without the actual dog part, I cannot.

Granted I did do all the leg work, even if my feet weren’t involved, unless of course you count simply standing on them and these days, I do. Third trimester pregnancy is no joke.

Let’s break it down.

I’m the one who decided to come up with a recipe for Peanut Butter Pancakes. I’m also the one who thought chocolate chips would make a lovely addition. They totally do.

I’m the one who whipped up batch after batch for testing purposes, although eating mounds of fluffy peanut butter pancakes certainly has its perks.

I’m the one who paired them with a banana because duh, bananas, and then plated them for their moment in the spotlight, which was literally a tiny wooden table, set up in the middle of my driveway. 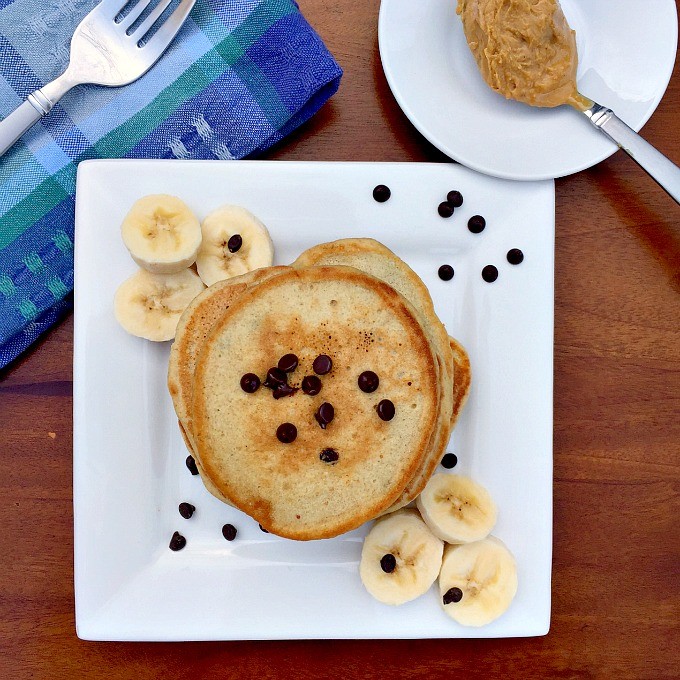 I’m also the one who took picture after picture, with my iPhone of course, although I did force the Hubby to help me with the pour shot, while my poor, hungry father in law held up a black poster board in the background to hide the garage.

So you see, I worked hard for these pancakes. I shaped and molded them with my bare hands; a skillet and spatula might have also played a role. I had a vision and I brought it to life. You’d think I was Wonder Woman the way I’m carrying on. I kind of am.

The simple truth though is I never would have made them if it weren’t for the Hubby.

While peanut butter and chocolate is a favorite combination of mine, pancakes are not. 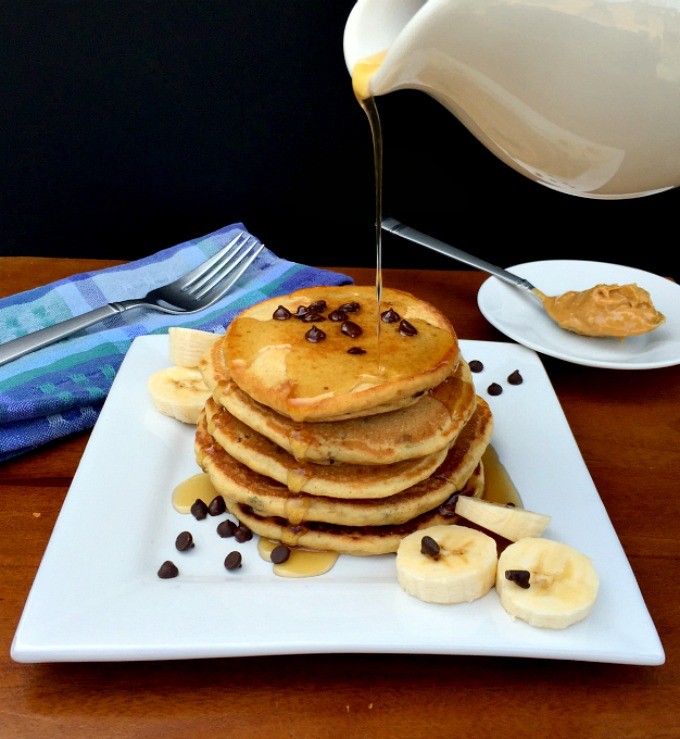 Don’t get me wrong, I’m a fan and will happily break from my traditional eggs and granola for a fat stack, but it’s not a regular occurrence. Mainly because pancakes aren’t a priority for me. Gasp, who knew today’s post would contain such a shocking confession.

The Hubby on the other hand has a different opinion. He’d eat pancakes daily if he could. When we go out for brunch, he orders those simple silver dollars every single time, which typically isn’t an issue since I could care less what the Man puts on his plate.

Until it impacts me that is. 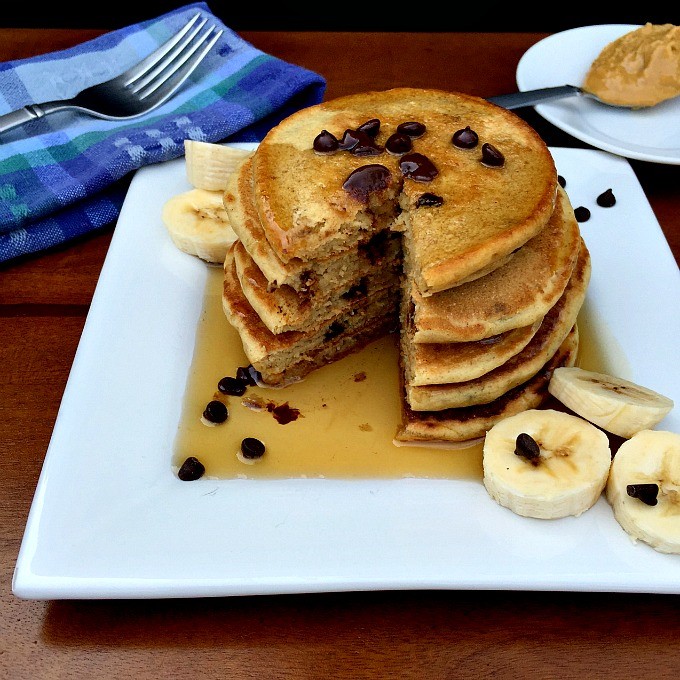 You see there’s this wonderful little restaurant we like to frequent for brunch. He orders his beloved peanut butter pancakes while I go for the blood orange mimosa with a side of spuds and eggs. At least I used to get a champagne cocktail before this whole pregnancy thing happened.

Since I can no longer have the object of my desire and might be a touch (read wildly) jealous over those who can, I’ve decided we should try other brunching establishments, one where I don’t have to stare longingly at other diner’s glasses, making them feel awkward and me like a lush.

The Hubby’s not having it though, solely because this is the only place he can get Peanut Butter Pancakes.

My solution was simple. I’d make him his own, if only to contain my boozy fantasies for a short while longer. Wife of the year right there. 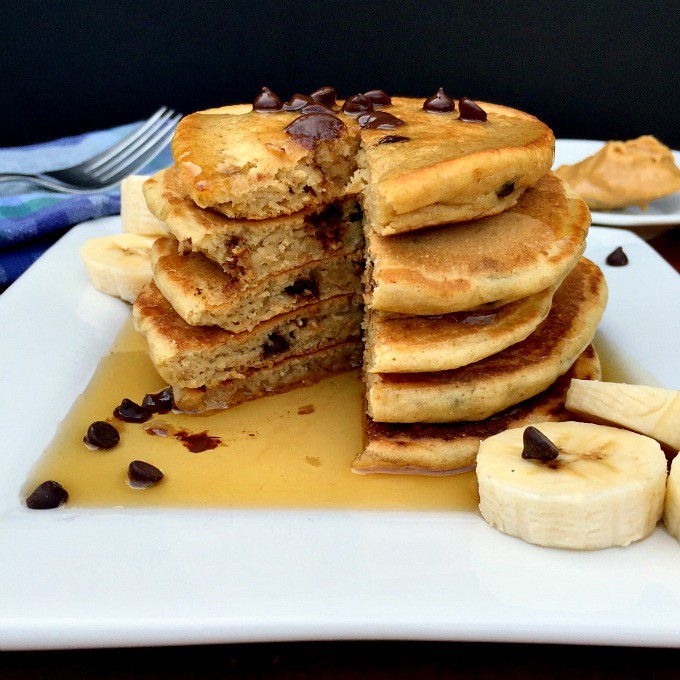 Yields 22
These fluffy pancakes are packed with the rich and decadent combination of peanut butter and chocolate.
Write a review
Save Recipe
Print
Ingredients
Instructions
By Meghan McCarthy
Clean Eats, Fast Feets http://cleaneatsfastfeets.com/

These fluffy #pancakes are packed with the rich and decadent combination of #peanutbutter and #chocolate.

Do you have a favorite brunch spot? What’s your favorite boozy breakfast cocktail?