We were fortunate enough to have Juli and Stefan with us at the beginning of the week, and we soaked up every minute together, quite literally, considering the amount of water activities we scheduled on Monday and Tuesday.

We went to the aquarium and swam with the fish, or at the very least, got to touch a few. Admittedly, I screamed when my fingers made contact with the deep sea divers; twice.  Thankfully, Ave was much braver and quieter. 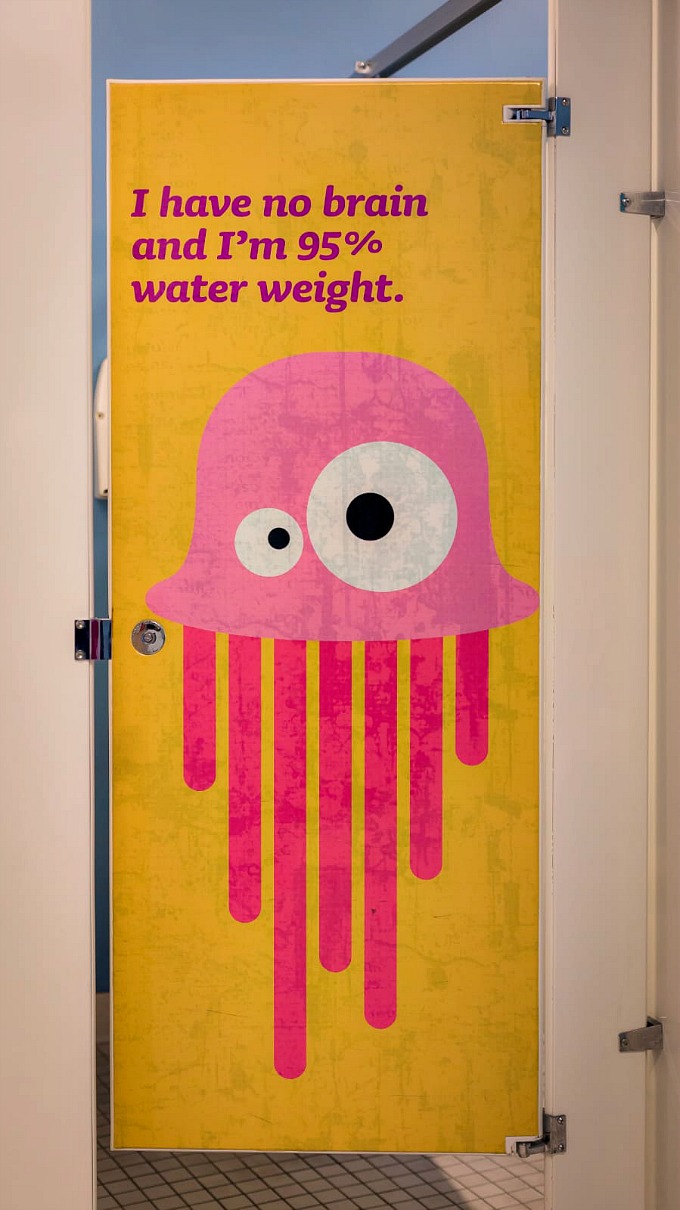 We picnicked in the Metroparks right alongside the Rocky River. It was picturesque, again quite literally, and Ave was a model of patience, waiting for the photos to be done before diving in and attacking the food. She does not get that from me. 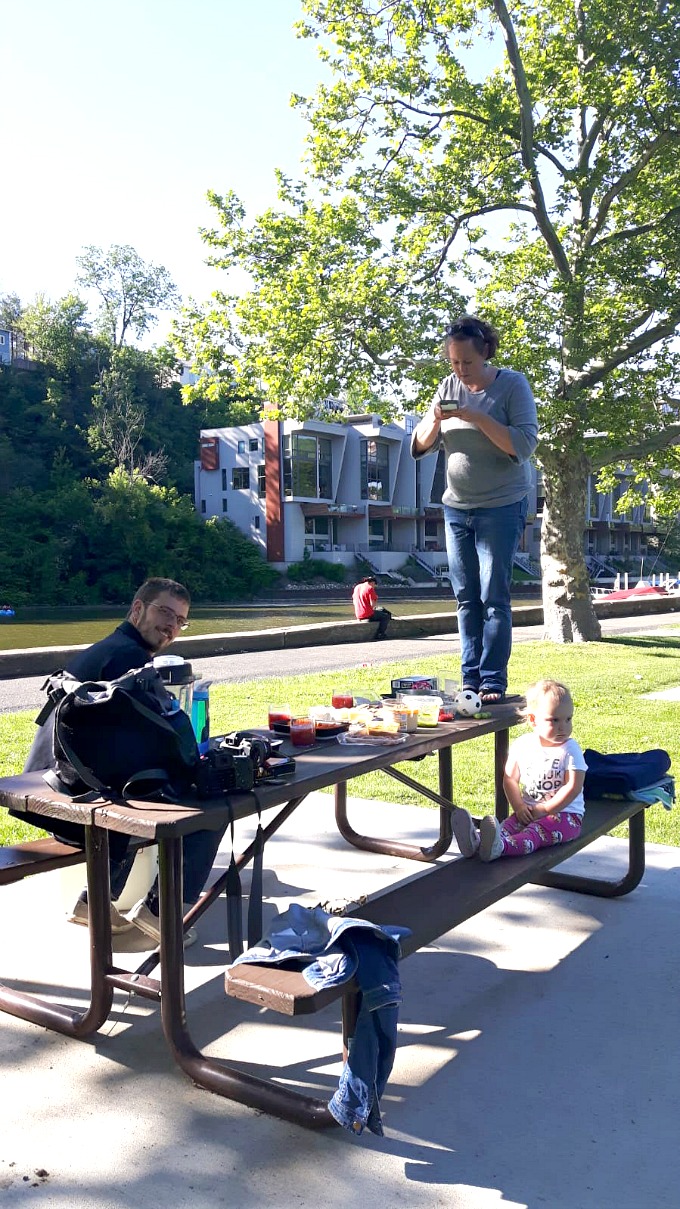 We went paddle boating at the Rock and Dock Marina. This is my second time partaking in a little paddle action, and despite the grayish skies, it was a blast. Perhaps because I got to sit in the back and enjoy it, while the men labored up front. It’s a fun and unique way to take in the Cleveland skyline. Tourist or not, I totally recommend it. 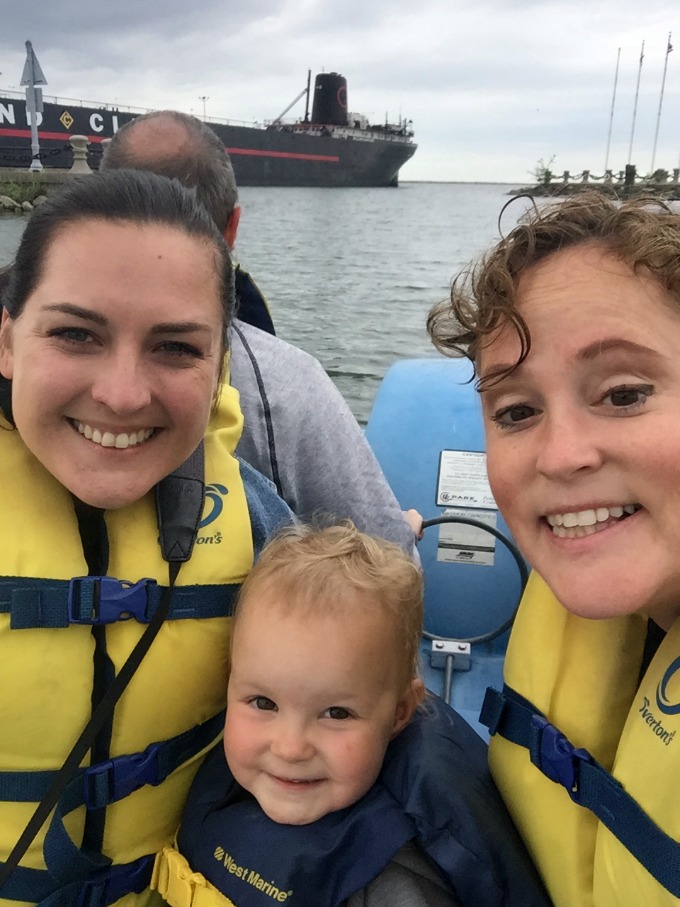 (Yellow is clearly our color.) 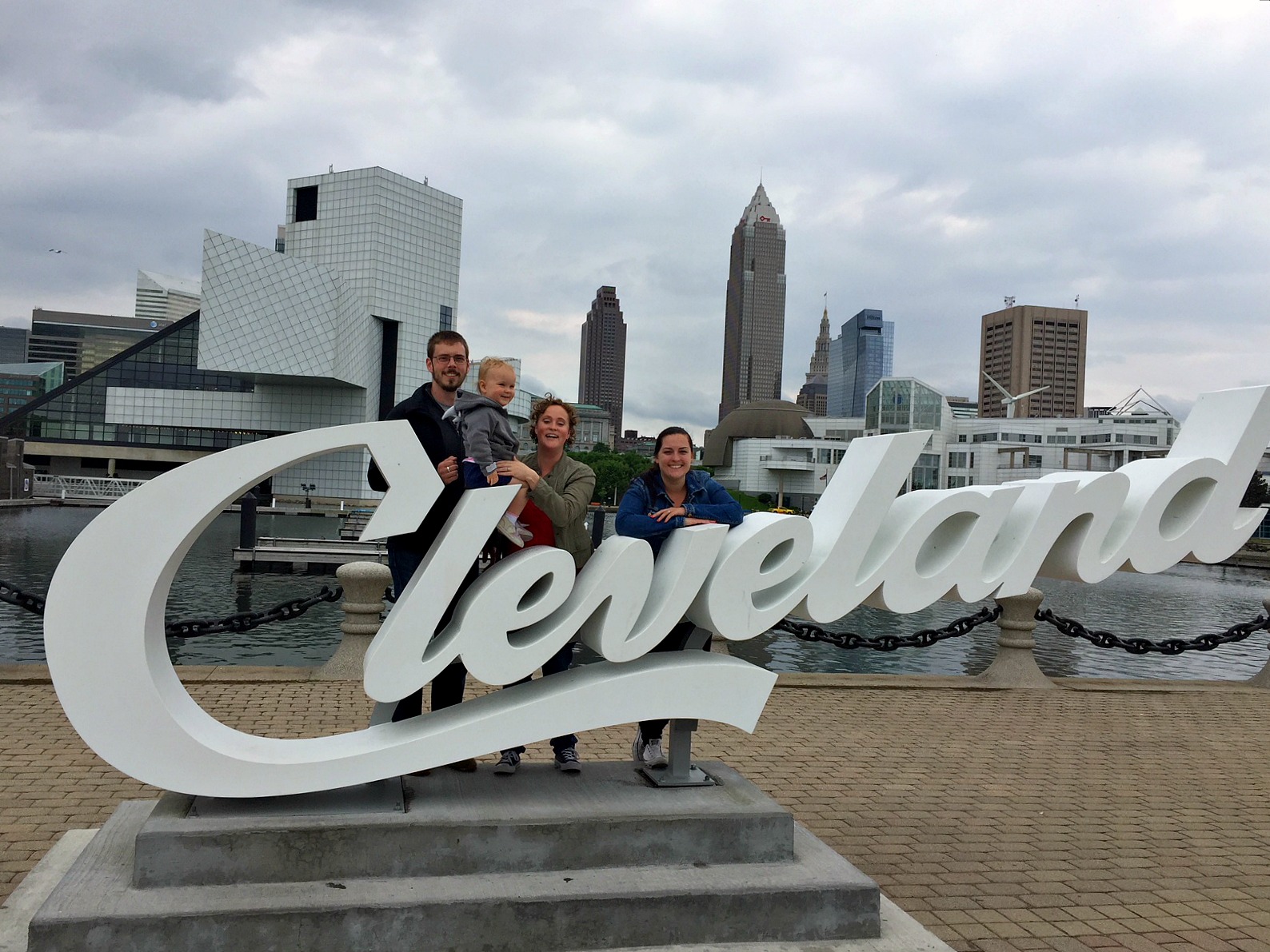 (There is no truth to the rumor we kicked the Hubby out of this picture purely so we could share it on social media. He prefers an iota of privacy in his life; so weird.) 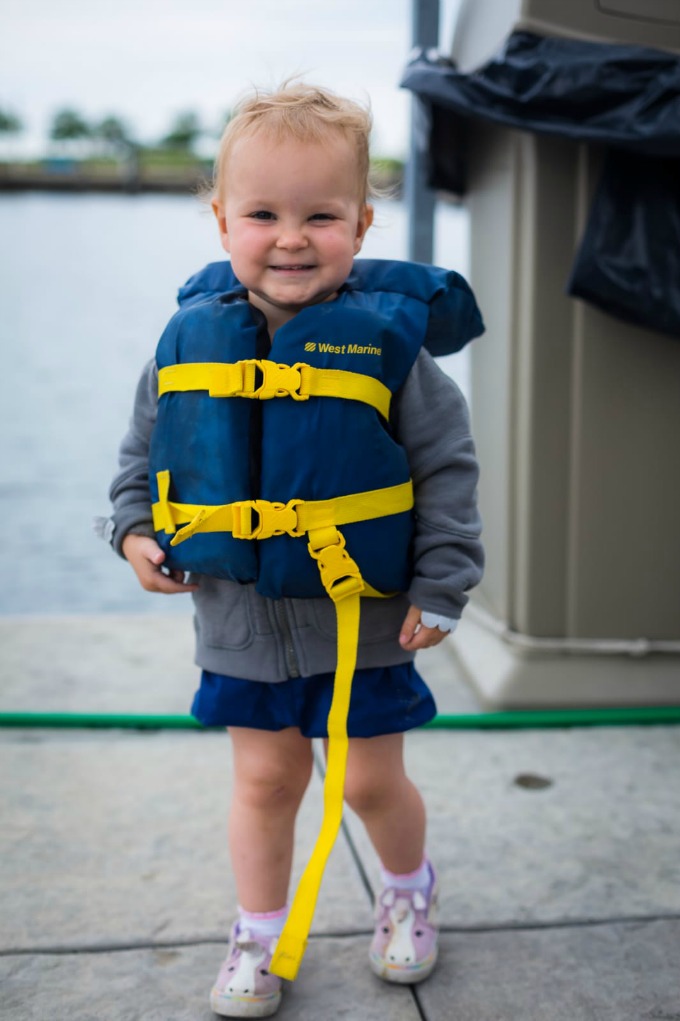 (Thank you Juli for capturing this moment. I love this kid.)

Not to be outdone, we also went on the giant vessel, where the ground was certainly more stable and the midges (tiny non-biting bugs) were out in full effect. In Ave’s words, “Bug. Bug. Bug. Bug. Lots of bugs.” 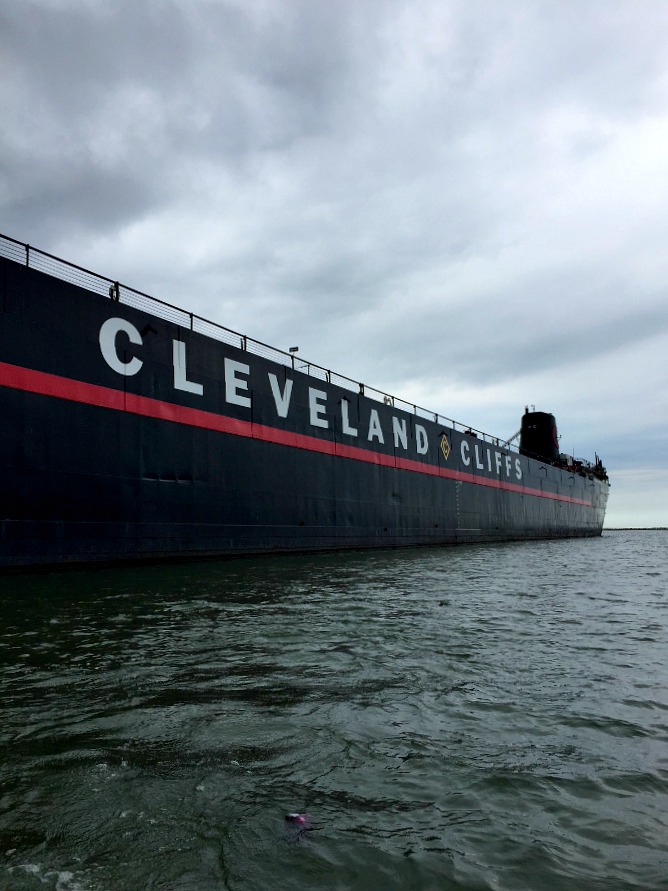 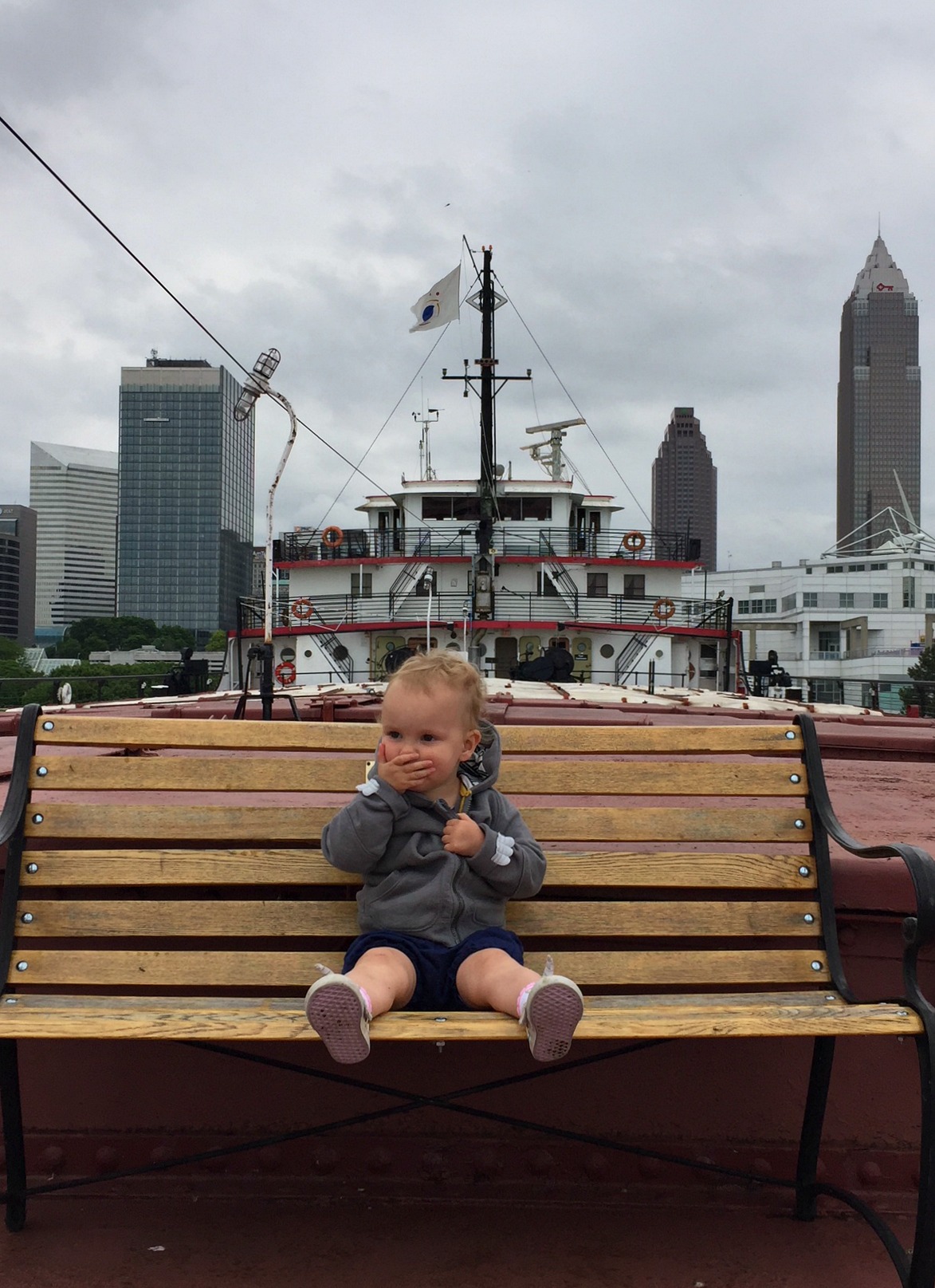 Speaking of food, we definitely got our fill and even celebrated Taco Tuesday at one of my favorite local restaurants, Forage. The vegan cauliflower tacos were amazing. I didn’t even miss the cheese, and that’s saying a lot. 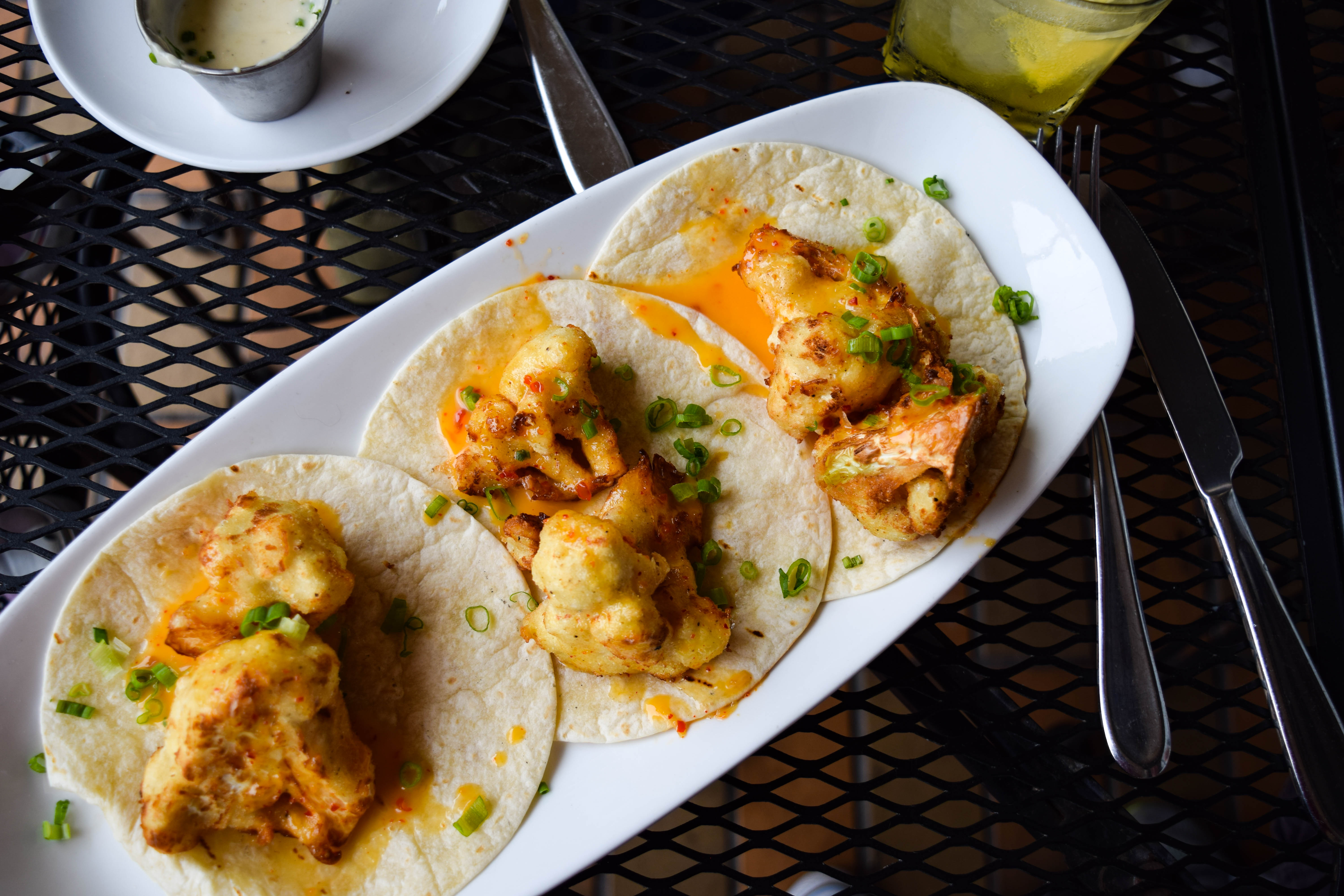 After Juli and Stefan left, I tried to keep the rest of the week low key so Ave and I could recharge our batteries (cough, mostly for me, cough). Aside from one beach party at Edgewater Live, we stuck to park play dates, bike rides and some solid screen time with popcorn. Ave is a huge fan of Winnie The Pooh, although she calls it pee and poo, which is very different. We’re working on it. 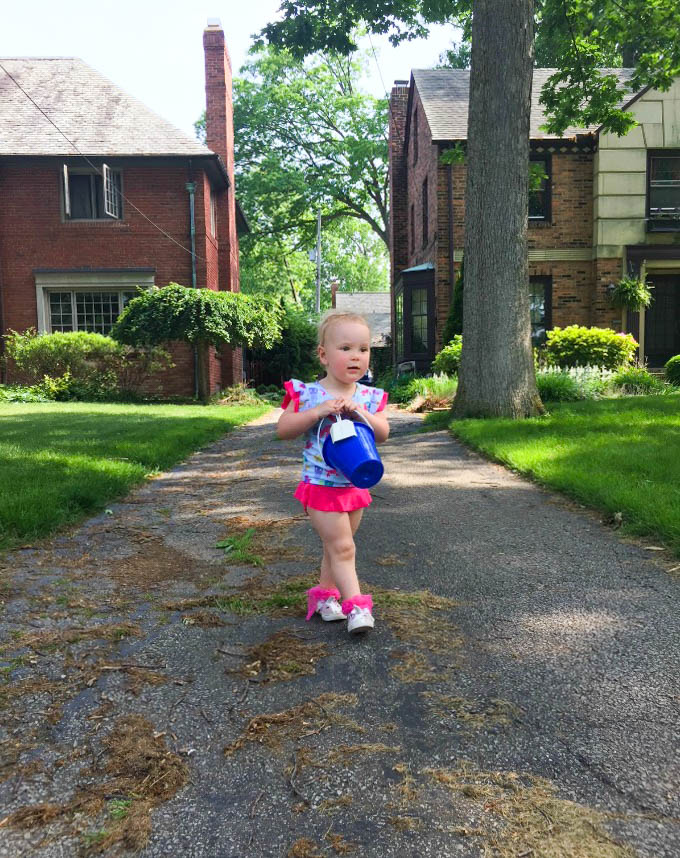 (Ave is beach ready, bucket and all.) 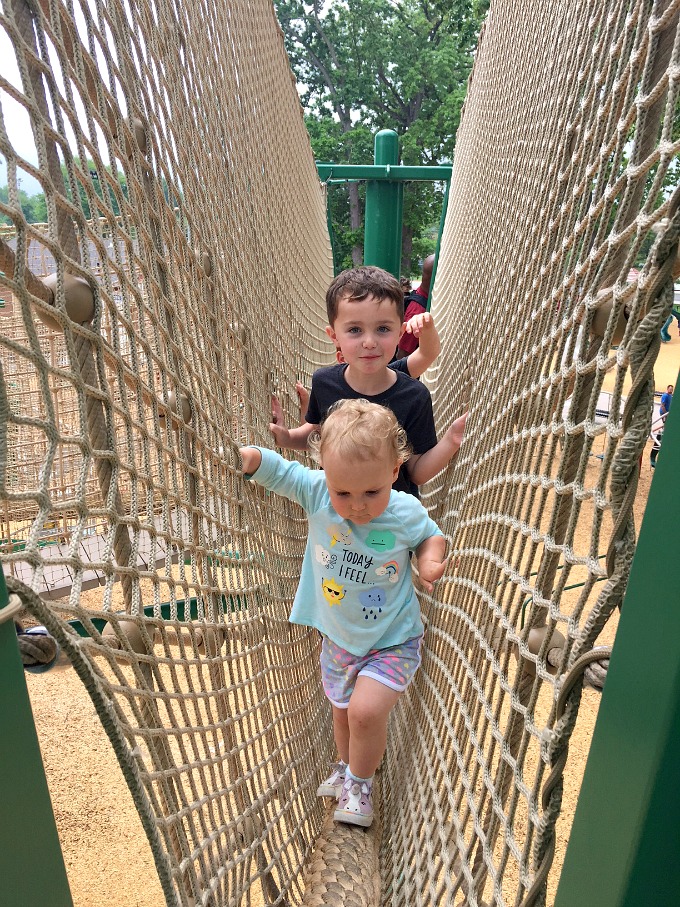 (This new feature at the park reminds me of an Ewok village. It’s a series of connecting bridges, at least two stories above the ground, with the connections being made from rope, wooden slats, or logs. It’s unreal, slightly terrifying, and Ave loves it.) 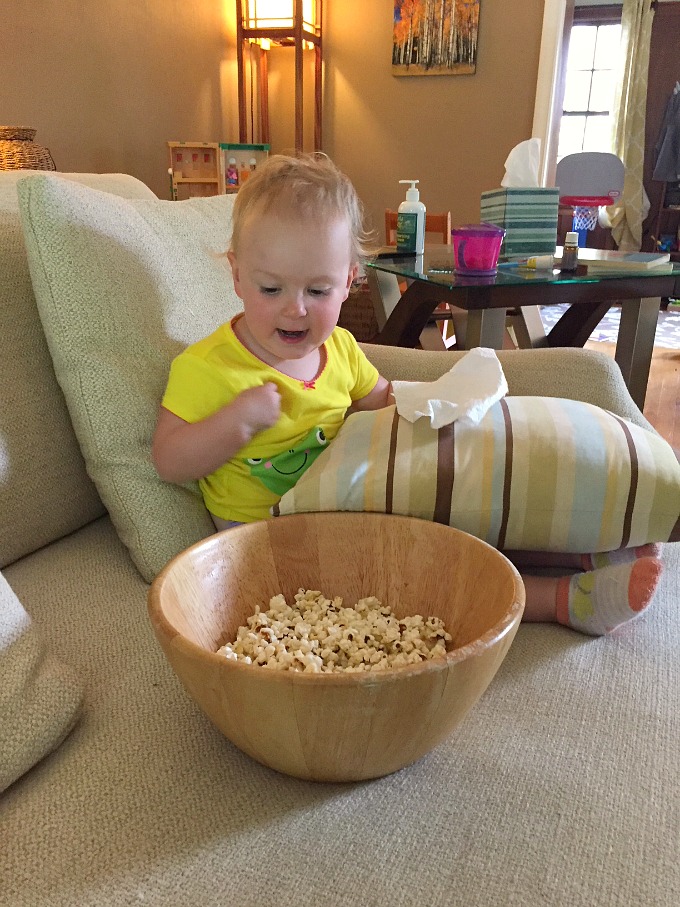 (Hooray popcorn. Confession: I ate most of the popcorn.)