You are here: Home / Bottoms Up / Beet It

With a title like that, you might be expecting a little Michael Jackson, but that’s not the case. I’m looking to build suspense and rock out, all at the same time.

You know the drill. Hit play, and let’s do this thang (yes, it’s deliberately misspelled; I want you to say it with a little twang in your voice).

I read a lot of different food blogs, and as a result, I see some really weird flavor combos. Some might even call them Strange, But Good. In fact, Ms. Laura has the market cornered on this very topic, or at least she’s ballsy enough to host a link up party about it. 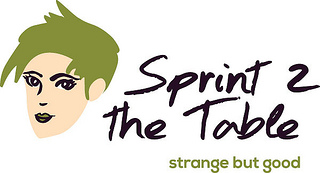 When Laura first proposed this little party, I was curious and definitely interested, but I didn’t think I was a contender. Hell, my food’s not strange. It’s good (most of the time), healthy (most of the time) and fairly run of the mill. It’s pretty normal and straight forward, if you ask me. This may be hard to believe, but I’m being serious here. No sarcasm for once. I truly don’t think my food is that out there.

Apparently, this was a misguided assumption on my part. Case in point: I posted a picture of my Saturday morning breakfast on Facebook, and one of my friends had the nerve to say “sounds absolutely gross.” Um, exsqueeze me…baking powder. I was floored, blown away even. Then I asked the Hubby, does this sound gross to you? His response was “Yep.” Now the man vacuumed my shoe closet earlier in the day, so I forgave him for his cruel words…well really just one word, but who’s counting; other than me obviously.

But still….I thought this breakfast was pretty badass. Guess I’m going to have to join Laura’s link up party to see if people think this is strange. I can already vouch for the good. 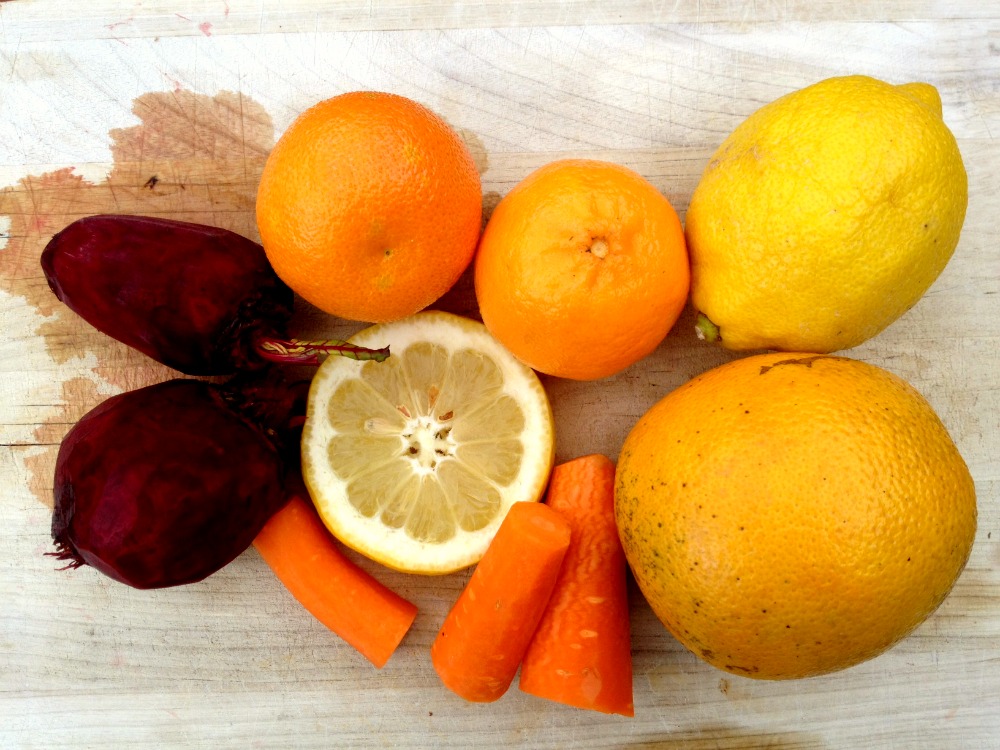 Before I tell you exactly what it was, I’m going to break down how it began. It was Saturday morning, and since I had received beets in my most recent CSA share, I was thinking a beverage might be in order. 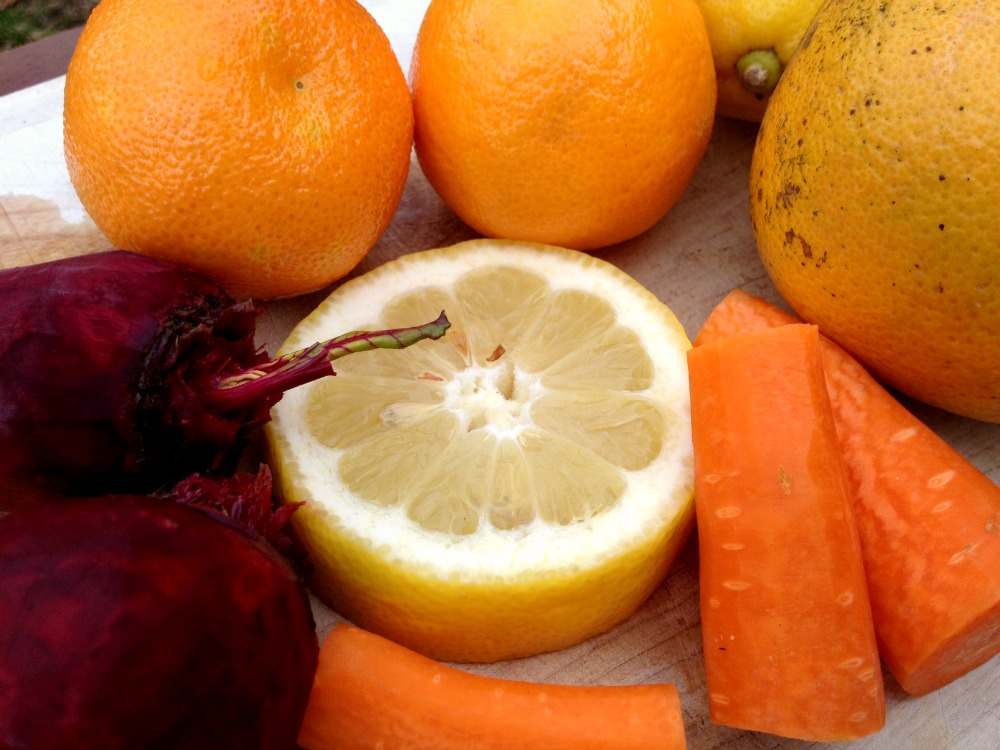 I grabbed my trusty blender and proceeded to fill it with all kinds of juicing goodness: one cup of pure orange juice, two beets, one and half CSA carrots, two tangelos, the juice of one lemon, and some ice because I like my beet juice chilled (it makes a world of difference, trust me). I always peel my fruit before tossing it all into the blender, and this time was no exception, although it had a surprise ending. While I was peeling a pretty sizeable orange, I discovered I had accidentally peeled a grapefruit instead. Oops.

In my defense (you know me; always ready with a solid response), grapefruit is my least favorite of the fruit family because of its sour nature, so I hardly mess with them. Plus, I was working with a grab bag of fruit the in-laws had gifted me (I love when they shop at Costco for two people; I inevitable get some kind of goodness).

At this point, I was having concerns. My blender contained the juice from an entire lemon, and let me tell you, he was juicy enough (I’m going to show an iota of restraint and skip the dirty joke here).

My drink was already bordering on sour, and now I had to add an entire grapefruit to the mix since it would be a venial sin (my Catholic school education rears her screeching head) to waste it. What to do, what to do? I needed something sweet, but I wasn’t feeling honey, agave, or maple syrup, and then it came to me. It was a flash of lightning, a Christmas miracle perhaps, or maybe I was listening to AC DC’s  Thunderstruck at the time of conception.

Sitting in my fridge was an unopened bottle of peach champagne: sweet, fruity, and alcoholic. What better way to start the day than with a Beet Juice Mimosa. Who cares if it was only ten o’clock. It was certainly noon somewhere, and since I had a long work week, I felt I deserved a little morning mouth pleasure (again skipping the joke). After my epiphany occurred, I felt like a genius, a rock star, if you will. Obviously, this was an award-winning idea (I’m not sure who’s handing out awards, but sign me up please). 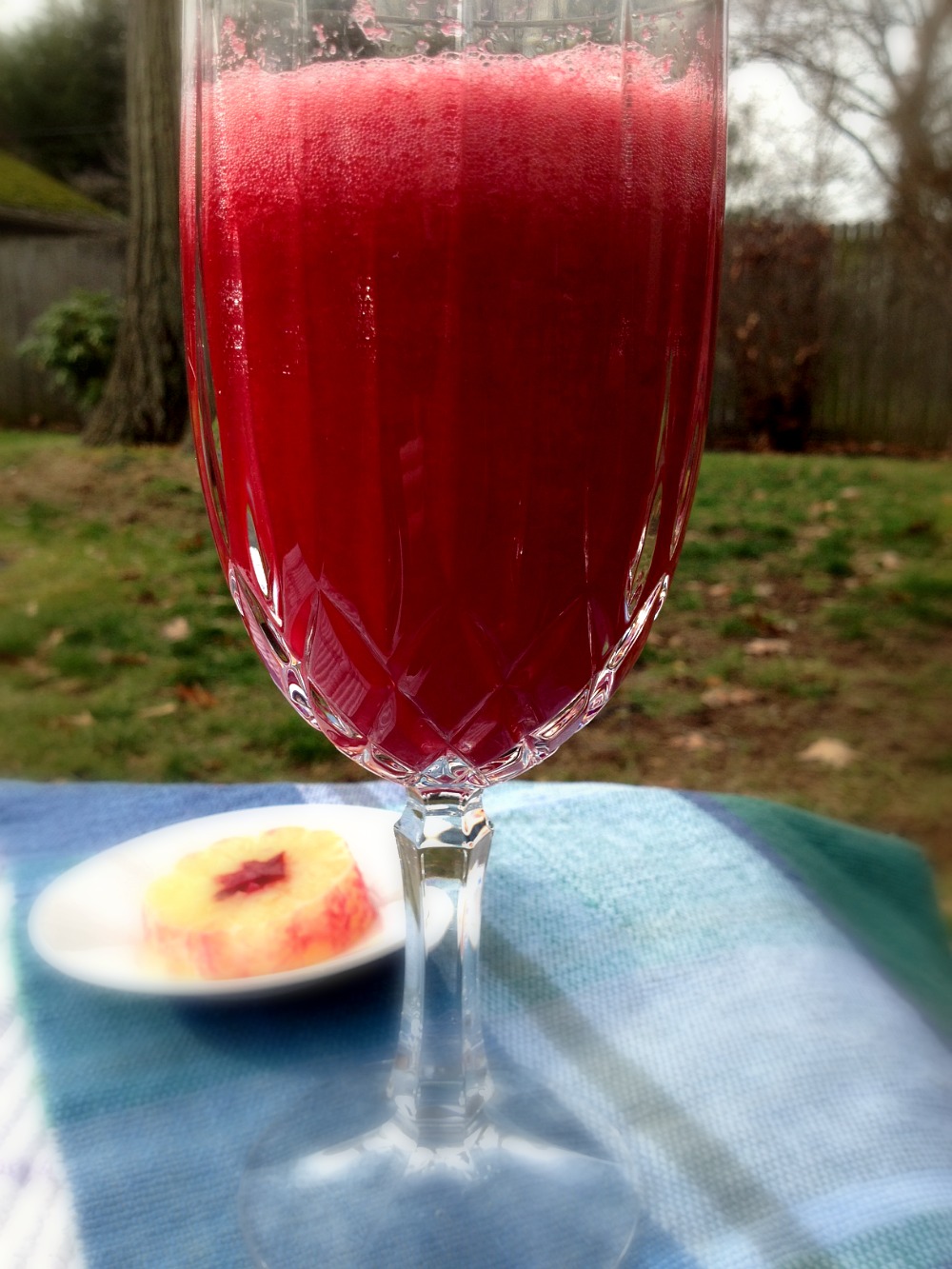 Since I didn’t want the beet juice to overpower the Champagne (hello party foul!), I literally blended my beets and fruits until they were the consistency of juice: airy, light and liquid-y. There was no smoothie like texture happening here. I filled half of my crystal glass with champagne and then slowly added half a glass of beet juice because obviously if I’m going to start drinking at ten in the morning, I’m doing it in style.

Oh My Gawd! Oh My Gawd. It was so good I forced (yes, forced) the Hubby to try some since he was drinking just the juice, without the champagne. Odd man, I tell you. In any event, I had two glasses and likely would have downed a third (and probably been quite tipsy) if I hadn’t run out of beet juice. It was a travesty, but I was able to move forward and prepare my second breakfast of the day. 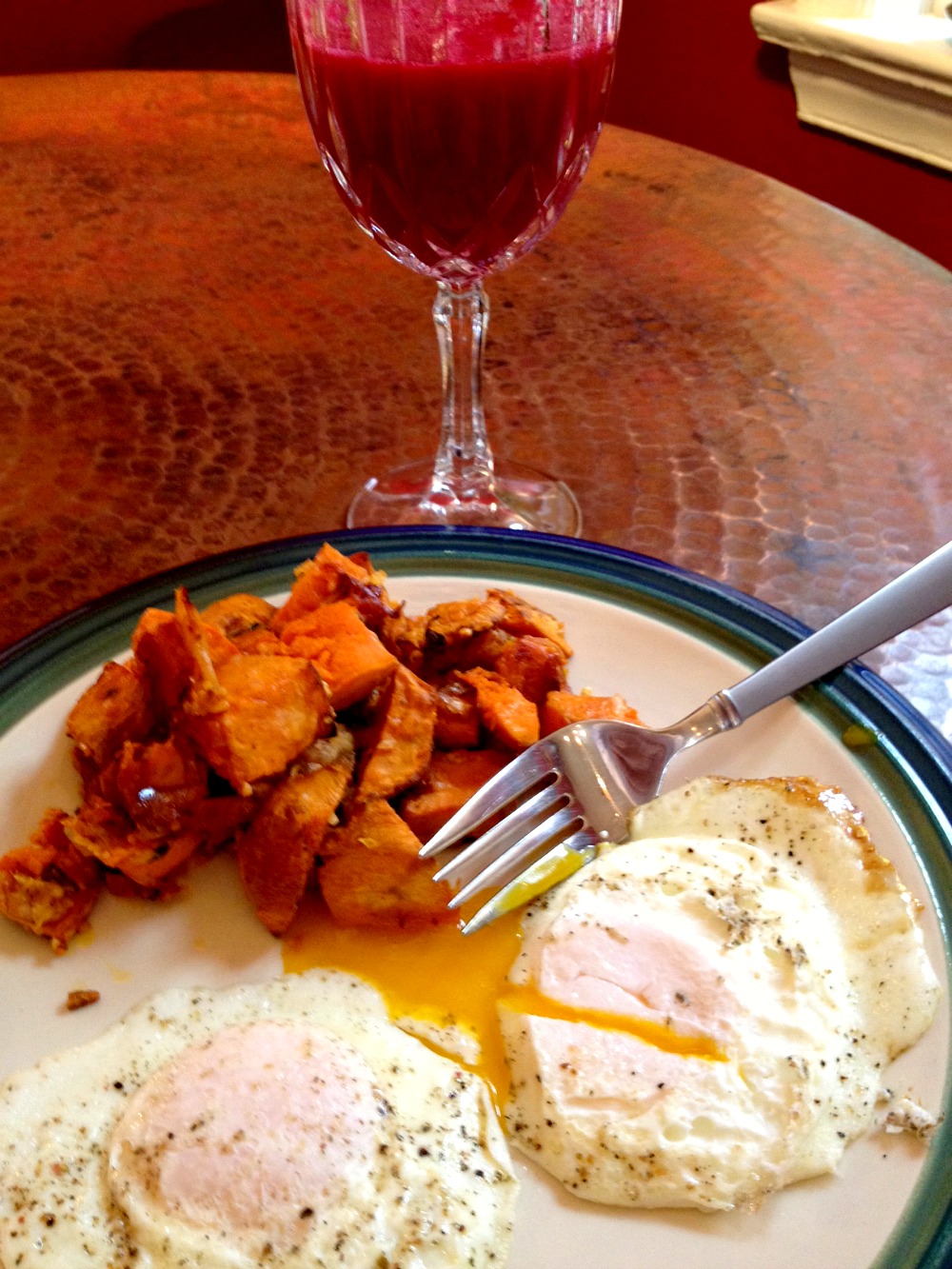 So you tell me? Completely normal, Strange but good, or “absolutely gross?” What’s your favorite strange, but good meal?

« I Got Your Local Right Here
Juggling for Dummies »