I’ve been holding out on you, in more ways than one.

It’s been Souperlicious, Soup City, and Soup Central at my place, and I love it.

Today I’m sharing with all of you, the Top Five Reason Soup Rocks My Socks; in a completely non-literal way. Although if it was literal, that’d be pretty sweet or perhaps a little distracting, which might not play well with a liquid based product. Obviously there are still a few design flaws to be worked out with the whole rocking socks thing. I’ll add it to one of my many lists though.

5) Soup is like getting a long, slow and satisfying hug after a particular arduous day. It’s a big bowl of warmth and comfort; at least the kind I’ve been making, which is perfect when you consider we’re officially in Fall. First comes soup, then comes sitting fireside, preferably with a steaming bowl of yep, you guessed it, more soup. 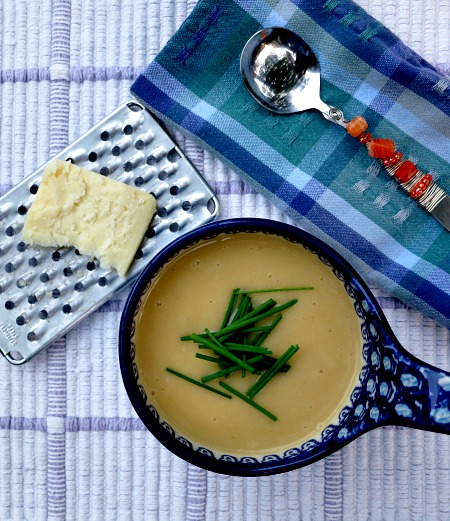 (Creamy Potato Soup with Chives. This soup is creamy and satisfying, without being overtly spicy or in your face. It’s simple, subtle and delicious. I make giant vats of this every single year. The recipe comes from a cookbook named The Best Recipes; clever marketing those folks.)

4) Soup usually requires minimal cleanup, and since I find washing dishes to be a huge pain in my non-ass ass, this is a big selling point for me. Get yourself a big old pot and nice wooden spoon (or really any kind of spoon since I don’t even own a wooden spoon) and it’s game on; or should I say Soup’s On. That was corny; I’ll admit it, and I think I’ll even name today’s post after it. Sometimes there’s no accounting for taste. 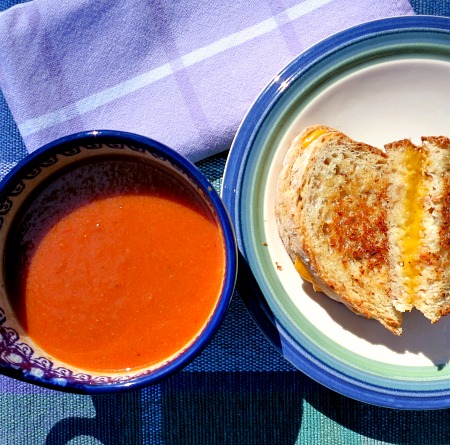 (Tomato Basil Soup based off this recipe, which I actually made vegan by swapping the stock to Veggie and using Soy Milk instead of heavy cream. I also used my own slow roasted tomatoes in this dish. Either way, if you are a fan of tomatoes, then this is the soup for you. It’s sweet, savory, light and satisfying, all at the same time.)

3 a) Soup is versatile. It can be hearty or light, broth filled or creamy in texture. It can range in flavors from subtle to strong and sometimes even sweet. 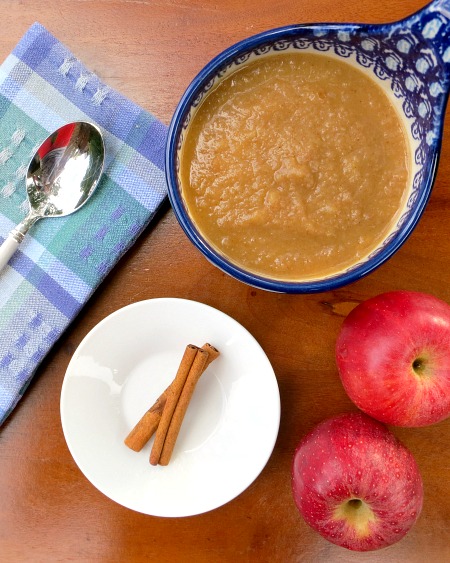 (Apple Fennel Soup. This was the first time I’ve eaten fennel and actually liked it; probably because it tasted more like applesauce when it was all said and done; a very rich and filling applesauce, mind you. If fennel makes it way back into my food share, I’ll be making this number again.)

3 b) Soup can be a meal in and of itself, especially when you add some Parmesan Rosemary Drop Biscuits or a Savory Butternut Squash Muffin.

(Savory Butternut Squash Soaked Oat Muffins. These are delicious and as an added bonus, you don’t even have to precook the squash, which is why it’s the only squash I’ve used this season in my ever growing squash arsenal.)

2) Soup freezes phenomenally well and since we all know how big I am on freezing things, this makes me over the moon happy. I usually make a giant pot, give the Hubby a plus size serving for the week, keep one for myself and stick one in the freezer for some unknown, but sure to be great future date. My stockpile grows.

(Artichoke and Brown Rice Soup. I’m in the stages of recipe testing this little gem, so expect the details in the near future).

1) Soup is a great way for me to use all my lovely CSA veggies in one dish, including a cabbage which was over six weeks old by the time I got around to using it. It was still good. Amazing right?! 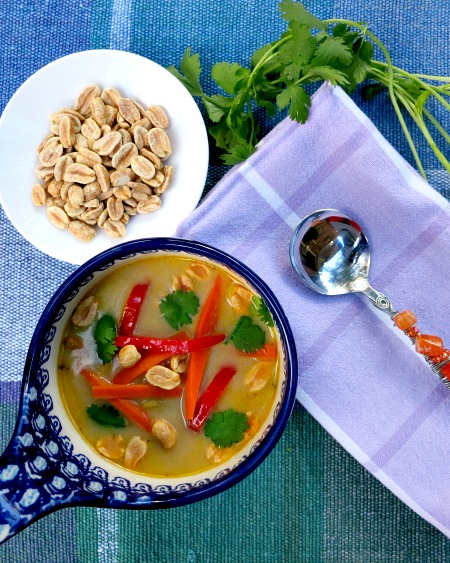 I owe this wonderful creation to Kirsten over at Farm Fresh Feasts who came up with the recipe base for this soup, along with a carnivorous version: Thai Inspired Chicken Noodle. I also need to thank Kirsten’s mom, whom I’ve never met, yet am a lucky recipient of her food shopping ways because along with the recipe, Kirsten literally gave me the Thai ingredients to make this (purchased by mom and gifted to me). I’m so grateful she did because this soup is a winner. So much so, I’ve gotten Kirsten’s permission to share my veggified version of it.

(Note: the below veggies are a guide only. I used them simply because they were what I had on hand as a result of my weekly CSA share. If you don’t like radishes, use more bell pepper instead. Green beans aren’t your thing? Then skip ’em and stick to cabbage.) 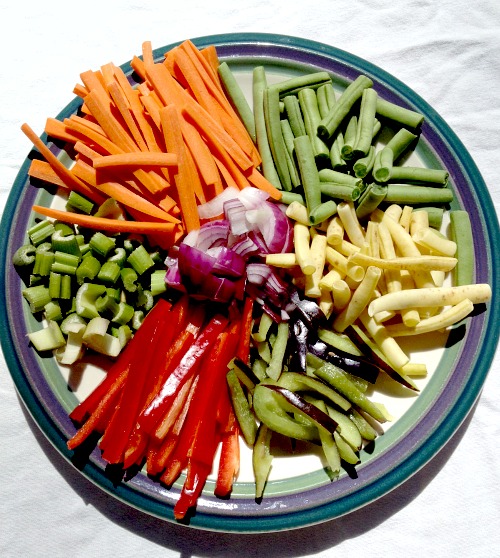