You are here: Home / Bottoms Up / WIAW: The Saturday Eats Edition

Not the weird marshmallowly Easter kind either because those freak me out and always have, even before I was a healthy whole food eater. Besides, there’s something sinister about those chicks. Have you seen the way they stare? Following you with their cold hard brown dot eyes; not only is it rude, but it borders on indecent. Speaking of indecent, they’re not wearing any clothes. Going topless I could forgive, but bare chick bums make me shudder. I think you should think about that, the next time you want a Peep.

Or perhaps you should think about Sister Sledge because that’s where I was going with my opening sentence. When I say Peeps, I mean ♫ “We are Family. I got all my sisters with me.”♫ The good Peeps. The cool Peeps. The dancing Peeps. Again not to be confused with the cruel, hard and naked Easter peeps.

If you haven’t already guessed, late hours at the office last night have left me near delirious, which should be enough to stop most people from posting today, but not me. Not on a What I Ate Wednesday. Not when I diligently took pictures of all my Saturday eats. Not when I remade and ate  Saturday night’s dinner, again for lunch on Sunday, so I could capture a better photo during daylight hours. Yep, I went to a lot of trouble to bring my meals to the table today, literally, so far be it from me to let a little thing like sanity derail this train. Besides, when have I ever let sanity stop me before?

Enough words already. Let’s get to the food. 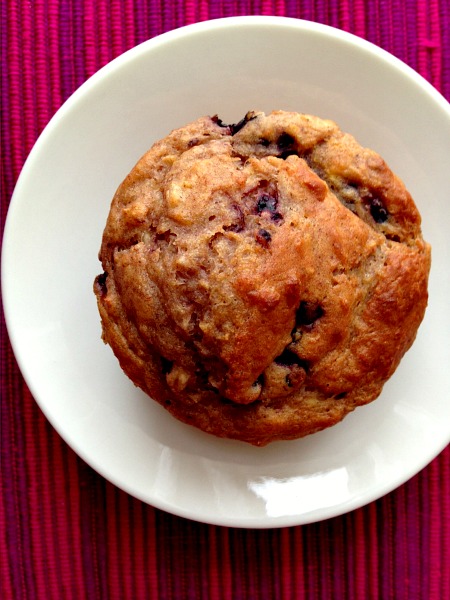 These muffins are a complete meal, especially if you’re into the whole macro thing. They’re like the Godfather of Muffins with carbs, protein and healthy fats. They have very little sugar, only the brown kind, no oil, and yet they’re dangerously and deliciously good with hidden vegetables and sweet, succulent berries. You can’t go wrong with these.

Not to one up breakfast, but lunch was my favorite meal of the day. I made an Oven Baked Potatoes and stuffed it with a few of my favorite things: a dab of butter, a dollop of sour cream, shavings of Habanero cheese, diced bell peppers, green onions, and a sprinkling of hot sauce. 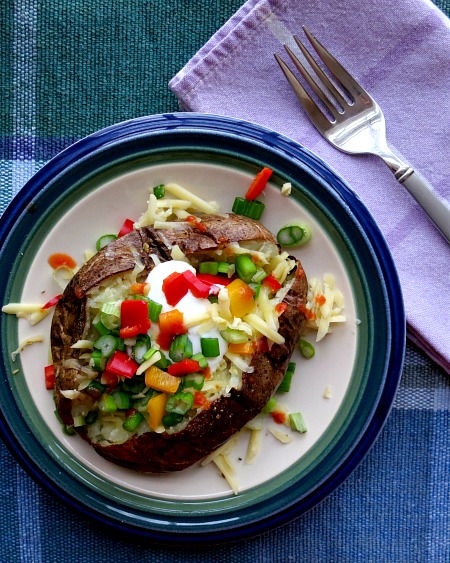 I suspect it’s the Irish in me, but I will take potatoes pretty much any which way I can them. It’s important to point out that potatoes are your friends. They’re white, so they tend to get mislabeled as unhealthy carbs, but don’t be fooled, they’re not processed or refined. When it comes to the white potatoes, it’s really all about how you prepare them and what you top them with, ignoring the fact I topped mine with some yummy fats on this particular day. 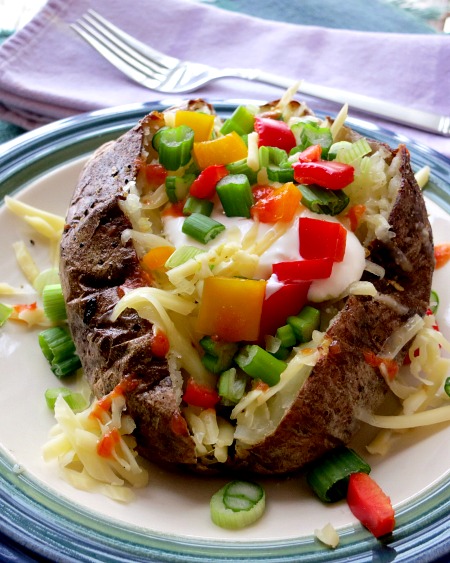 If you wanted to up your veggie intake, and I’m all about more veggies, you could easily stuff these spuds with sautéed veggies: think broccoli, brussel sprouts and anything else that begins with a B. Leftover veggie stir fry; stick it in a baked potato and you’re good to go. Also, if you’re pressed for time, you could start these in the microwave and finish them off in the oven, which means you’ve got a drool worthy dinner (or lunch as the case may be) on the table in twenty minutes. Easy-peasy.

My afternoon snack was two slices of homemade Acorn Squash Strawberry Bread, alongside a cup of Hot Apple Cider with cinnamon. That would be butter on my bread because apparently I was craving all the fats on Saturday. Plus, I love butter. 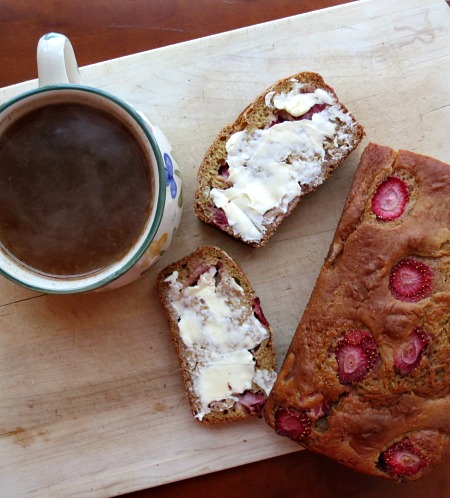 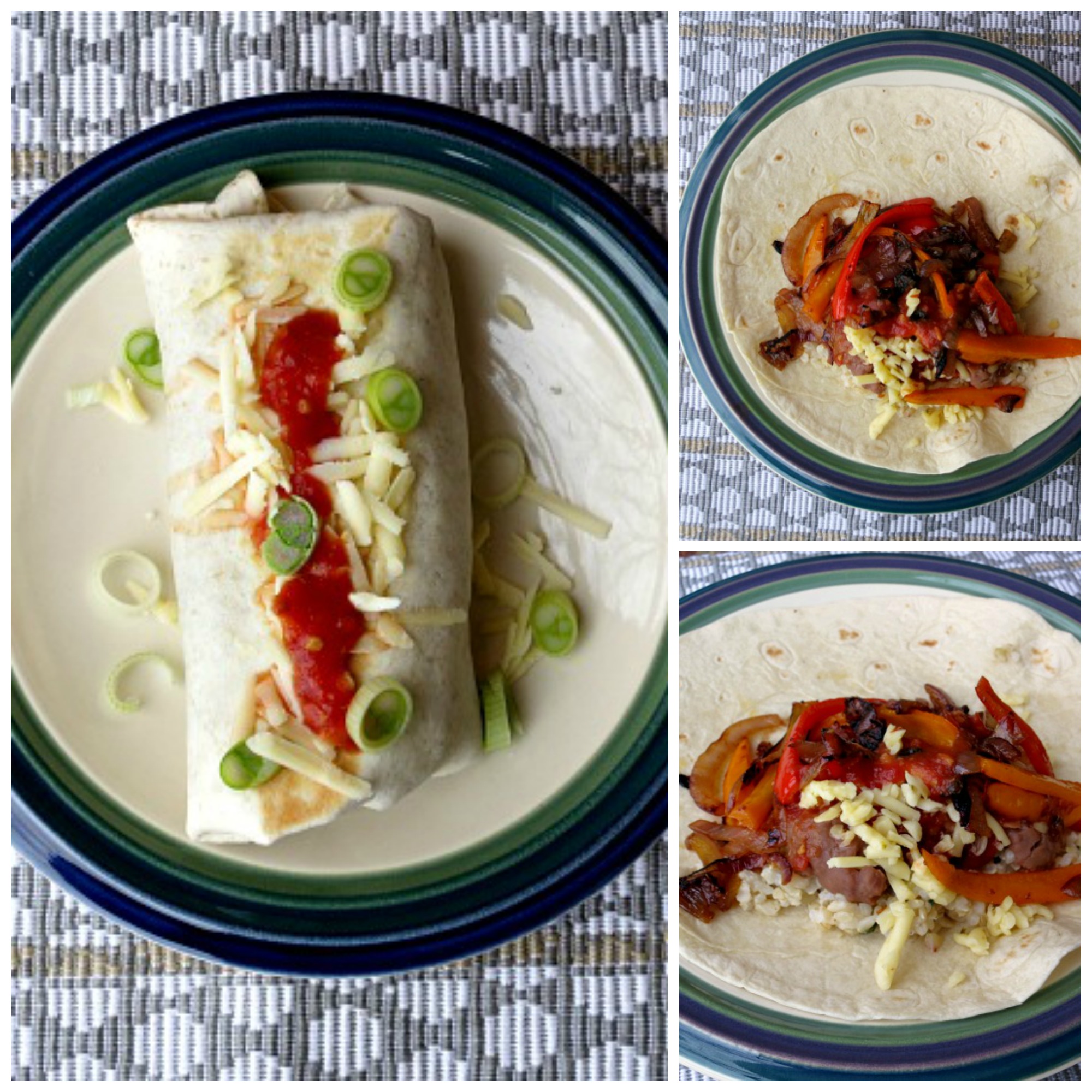 I’m sensing a trend here, which is interesting because earlier in the week, I was craving, and occasionally indulging, all the sweet things. It’s good to see I’ve moved on.

I also can’t wait to make another Baked Potato. I’m thinking about having veggie stir fry for dinner tonight, just so I can stuff the leftovers in a potato tomorrow. Now there’s a plan, and you know how much I love a plan.

What have you been craving? What trend have you noticed in your meals lately? What would you stuff in your baked potato?