You are here: Home / Reflections / I Must Confess

It’s been far too long since I’ve aired my dirty laundry.

Aside from our weekly link up party, it’s been decades since I’ve blogged at all and as far as dirty laundry goes….well, let’s just say it’s all over my house.

Actually that’s a bold faced lie. All clothing has been washed, folded and neatly put away, including the bath towels and kitchen napkins. Granted I gave up sleep to do it, a small sacrifice to the OCD gods.

Oh and three days ago, laundry really was scattered all over my house, and don’t even get me started on the dining room table, which is currently covered in electronics, paperwork, bills, baby gifts, and tumbleweeds of cat fur, not to mention the speckling of dirty paw prints. It’s a good thing I don’t use my table for eating. 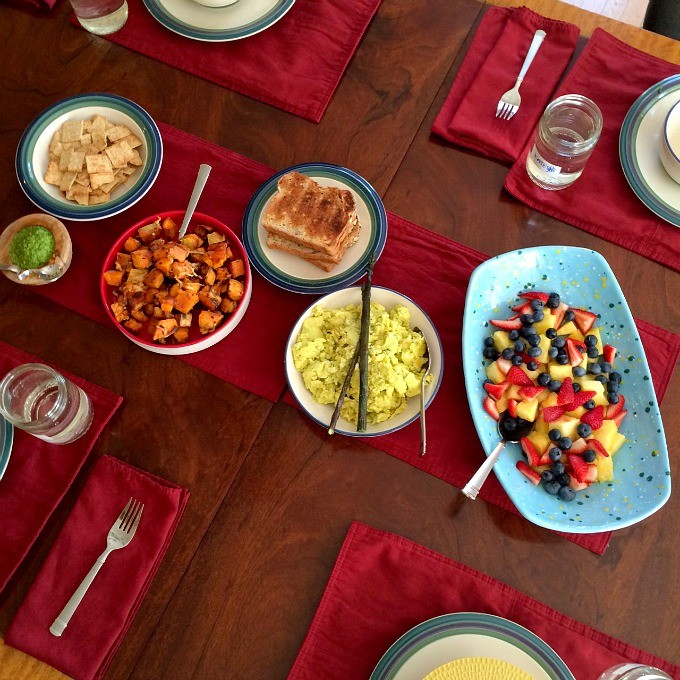 At least not these days.

As fun as it is to prattle on about the cleanliness of my home, I thought it would be even more appealing to confess to some other recent happenings, Out Loud of course. Thanks for hosting Ms. Amanda.

Labor, as in birthing the baby, was surprisingly a piece of cake. In fact, Ave kind of just fell out; no joke. She was already halfway into the world before anyone realized what was going on, myself included (Thank you epidural!). When the on call doctor rushed in, he had to tell me to slow down so he could get his gloves on. Two pushes and thirty seconds later, she was here. My delivery nurse called me a medical marvel and told me to keep my mouth shut since mothers everywhere would hate me. Sorry ladies. 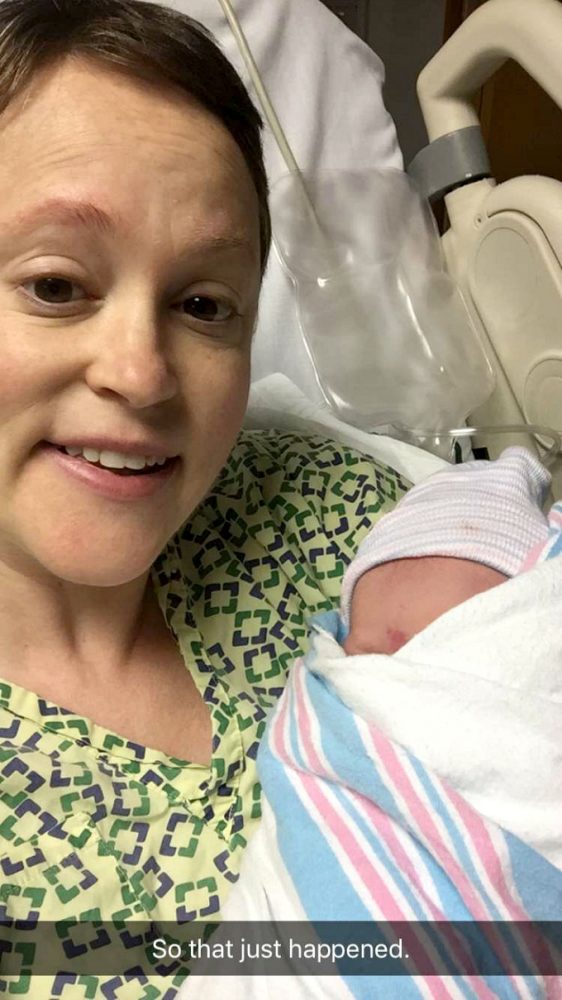 If it helps, my pregnancy was horrendous. To say I was miserable would be an understatement. Every night, I would beg the Hubby to put me down like Old Yeller (spoiler alert).

The first two weeks after Ave was born were manageable, mainly because I was running on adrenaline, coffee, chocolate, and hormones. The next four were brutal, and I threatened to walk out on my life more times than I can count. 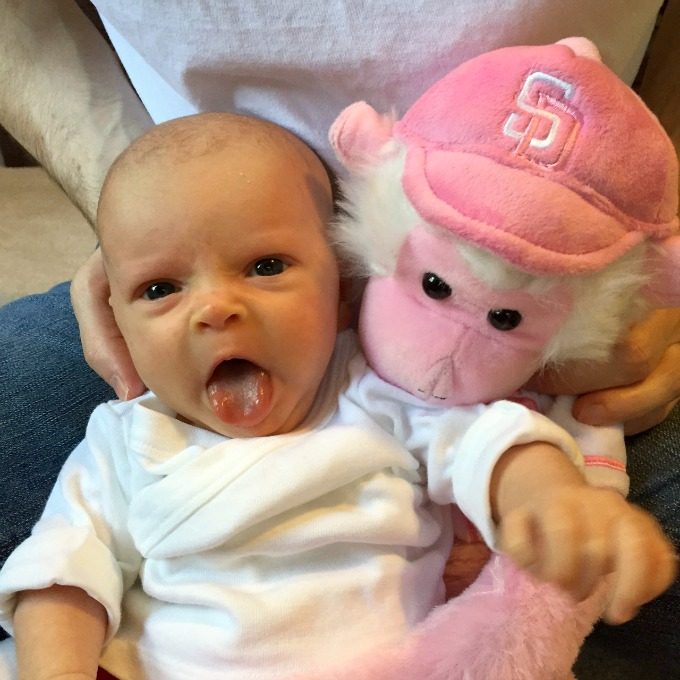 So it’s no small wonder I was diagnosed with postpartum depression and anxiety, with heavy emphasis on the latter.

I’m on meds now, and they’re helping. That and I’m pushing myself every day to do things which make me a little uncomfortable, like leaving Ave with someone else for a couple of hours. The more I do these things, the easier they will become.

I’m crazy jealous Ave looks like the Hubby. In fact, the only thing she has from me is my long, thin fingers and the dimple in my ass. Look at those sweet and tiny phalanges. 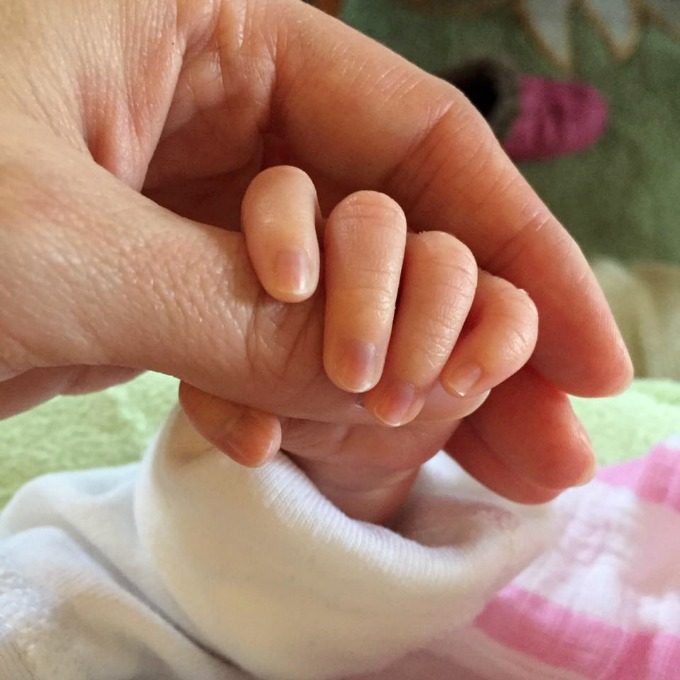 As for the other thing, you’ll have to take my word for it.

Although, the Hubby says she gets her gas from my side of the family.

Hands down, breastfeeding is the hardest thing I’ve ever done. Or should I say boobs down. 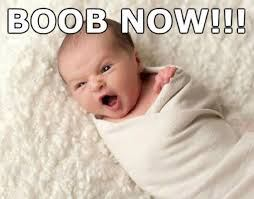 (This is not my baby; the sentiment is the same though.)

Speaking of, I tried my own milk. It was sweet, with a hint of cinnamon and a dash of sea salt. Alright maybe it was just sweet and slightly watery. I’m a foodie, I had to take liberties with the description. At least I didn’t say it was textural perfection.

Two weeks ago, I nursed Ave in a bar. I’m sure it’s not the first time someone’s bouncing Buddha’s were on display there, although it might be the most wholesome rendition. Let’s just say I won’t be making the Girls Gone Wild video anytime soon. 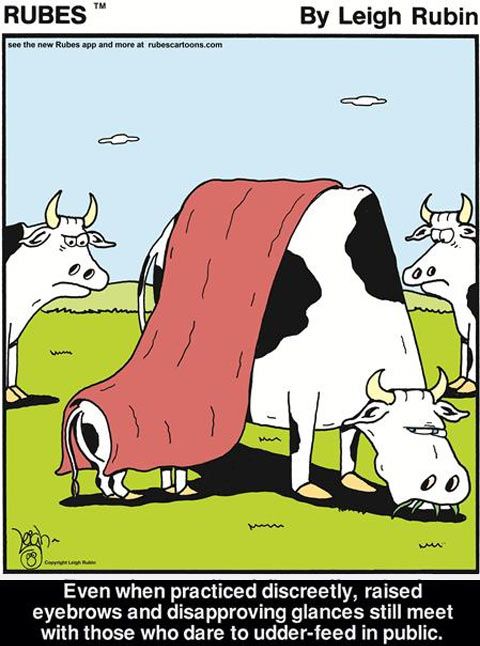 I made the Hubby try the Nose Frida on me to ensure it wasn’t painful. Our relationship will never be the same.

I gained 30 pounds during the course of my pregnancy.

I lost twenty of them almost immediately and haven’t dropped an ounce since. I’m not sweating it, although there is one small problem. None of my summer clothes fit, and sweatpants aside, I’m literally wearing the same two outfits over and over again.

Now you know the real reason I’m up to date on laundry.

I’m sure my lack of weight loss has nothing to do with the fact I sometimes like to eat a little bagel with my cream cheese. 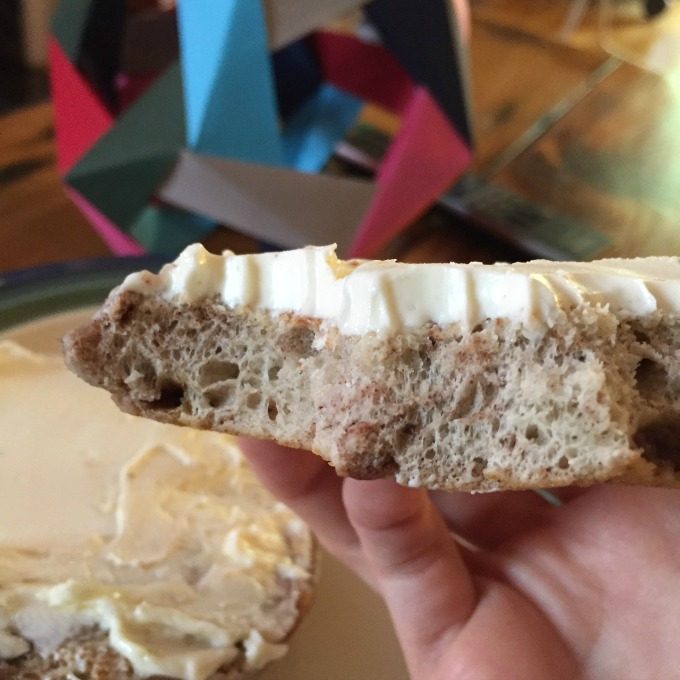 Or the Taco Bell I consumed two weeks ago. In my defense, I didn’t buy it, and I was very desperate.

Last but not least, I always let my Dad and stepmom do my grocery shopping when they’re in town because they go off list. I don’t hate it.

Let’s hear from you. Tell me something scandalous.