Before I get into the nitty gritty details, you should know this past week was just meh for me mentally. Perhaps it was coming down from the high of the week prior, maybe it was the return of winter, or better yet, the Hubby’s schedule. He worked all seven days last week for a total of 60 hours. Whatever the case may be, I simply wasn’t feeling it. That being said, I still managed to get things done because life doesn’t stop when you’re feeling less than frisky. On that note, we’re going to recap it, so I can get back to impressing myself.

I showered six out of the seven days. I’m calling this a win.

I cleaned out another handful of kitchen cabinets and drawers. It turns out having loads of storage space can be a blessing and a curse. Anyone interested in some fine china? It’s never been used.

I took my 1995 Miata in for an E-check. It passed and then in an ironic twist of fate, it died on the way back home when the battery caught fire. That was exciting.

I unsubscribed to a flurry of spam emails. Where do all these crazy messages come from and how do they always manage to find me?

I finished Mudbound. It was such a great read, and I’d recommend it to anyone. Also, I started reading In One Person by John Irving. 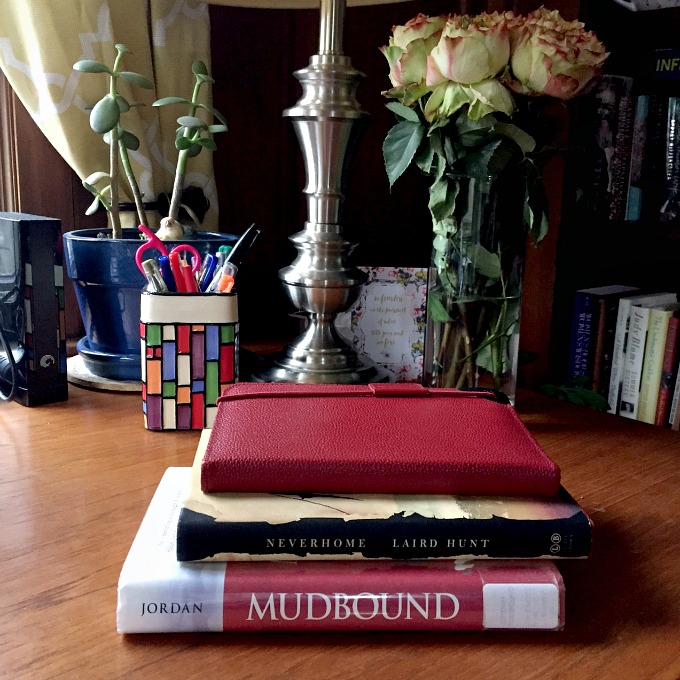 I finished season two of Downton Abbey, a rather big upgrade from Hoarders, and I also watched a couple of episodes of The Wire with the Hubby the only evening he was home.

I made another batch of my Lentil Meatballs with great success. Even the tiny human is a fan. Then again, she’ll eat almost anything I put in front of her, carpet lint included. 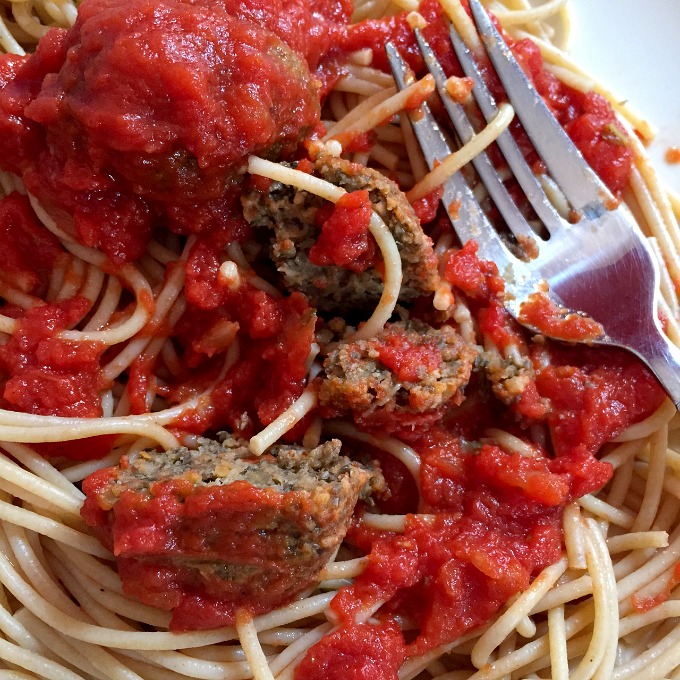 I went to bed early a handful of nights since Ave has been waking up anywhere between 5:15 am and 6:15 am. Early mornings make for long days and require lots of caffeine.

I changed countless diapers and bathed the tiny human twice.

I went to the local library for a play date and visited grandma and grandpa’s house another day. 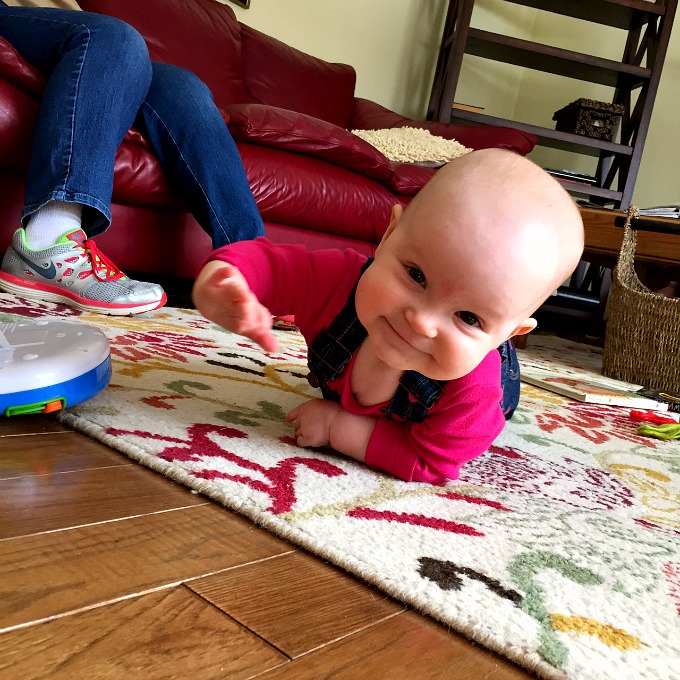 I had an eye exam where the dilated my pupils to the size of dinner plates rendering me blind for hours. They had coffee and cookies on the premises so I’m calling it even.

Ave and I had brunch out with the in-laws, and I managed to consume an entire Blood Orange Mimosa. 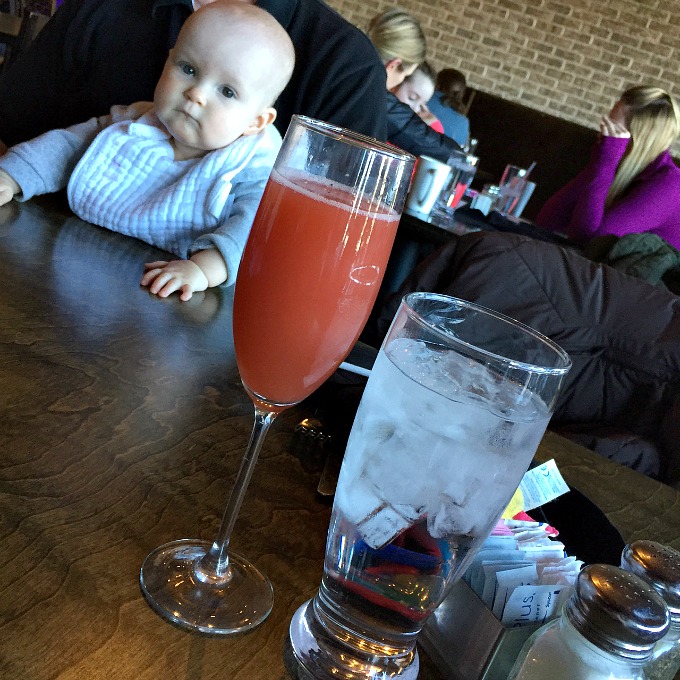 (This is bullshit. Mom won’t share her drink with me.)

We also hit up Whole Foods for a major shopping trip. My wallet is still cringing.

Speaking of finances, I paid bills and reconciled our bazillion bank accounts. Why do we have so many? Oh yeah because I like having separate and joint funds.

Since we’re on the topic, I went to the bank on three different occasions in attempts to deposit a single check. As of right now, the check remains at large. Oh vey.

Most importantly though, this happened when I went to get the tiny human from her nap. 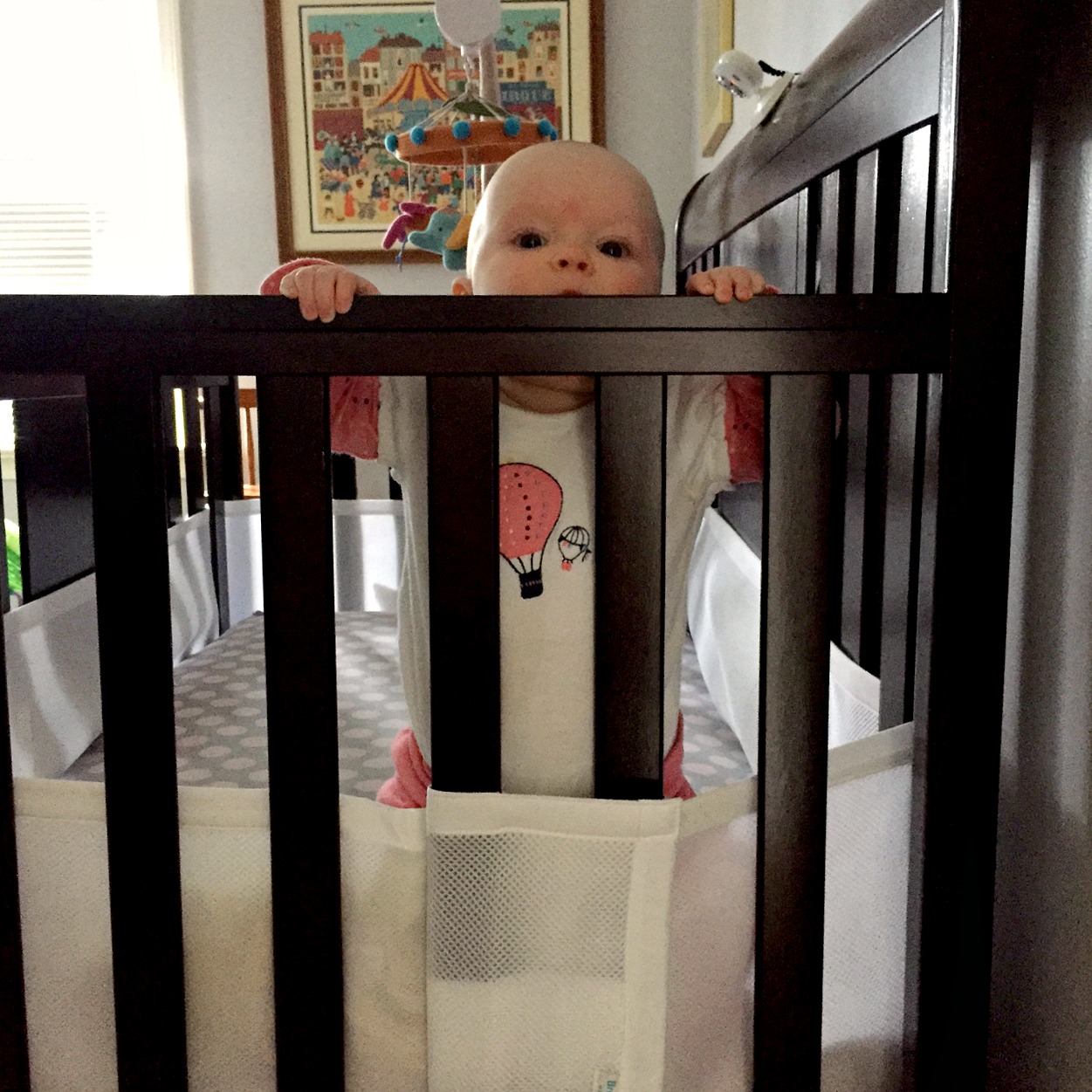