You are here: Home / Bottoms Up / WIAW: The Let’s Pretend Edition

I think we should play a game of Let’s Pretend today.

For example, we can pretend I’m still working on my goal of writing a shorter post, which is exactly why this What I Ate Wednesday is bound to be another quick one (cough, cough).

We could pretend I didn’t leave the writing of said post until 5:15 on Wednesday morning. We could also pretend I don’t need to get to work early today, shortening my already short writing time.

We could pretend I’m very mature and didn’t spend part of my St. Patrick’s Day taking ridiculous selfies, simply so I could spam the Hubby, who was presumable studying his flash cards and not indulging in green beer. 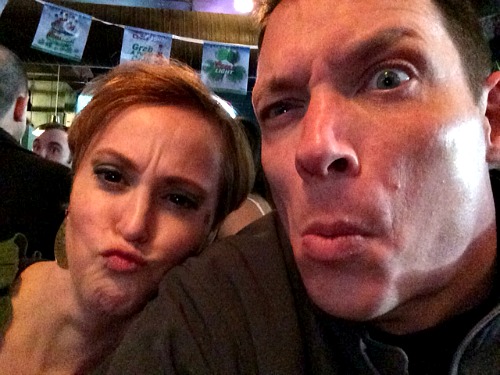 We could pretend I didn’t spend most of Monday evening sleeping gently (more cough, coughing of the sarcastic variety) on the couch, after having consumed a few too many green beers on the Hubby’s behalf. Someone had to.

We could pretend I also didn’t spend last night watching mindless television, before embarking on a new facial regimen, which is going to take at least ten years off my complexion or perhaps just the top layer of my flesh. Time will tell.

We could pretend Oscar, my Parkour jumping kitty, isn’t whining up a storm at this very moment, begging for attention because his yellow yarn ball on a string simply isn’t cutting it.

Maybe I should stop playing pretend already and just get to the food.

Happy What I Ate Wednesday. I give you my Sunday eats.

Breakfast was a recreation of Laura’s Kabocha and Black Bean Frittata for Heather’s Meatless Mondays, except I used Acorn Squash because that’s what I had on hand. Laura’s also a self-professed substitution girl (not to be confused with a cornflake girl), so it wouldn’t have been right to play it tight to the vest, which means I also swapped the egg whites for a combination of four whole eggs and almond milk, and there might have been a chance the nutritional yeast took a back seat for some pepper jack cheese. 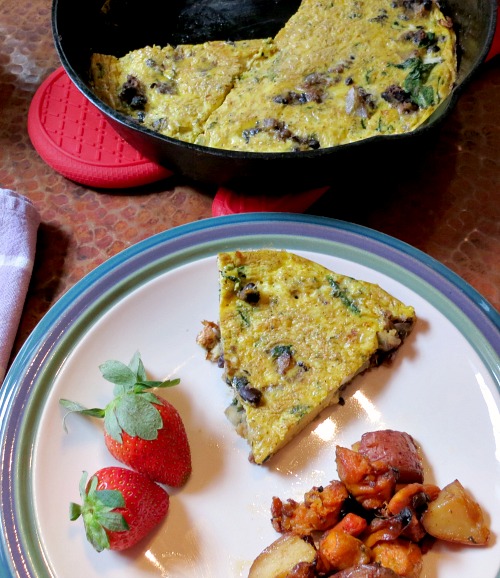 I ate everything you see on my plate, plus a second slice of the frittata, which speaks to it’s deliciousness, and loads more fruit.

A little later on in the day, I snacked on a sugar cookie from the Breadsmith, made with natural cranberry icing.

Lunch was a baby grilled cheddar cheese sandwich on rye bread with a clementine or two thrown in for good measure.

Dinner was my last Peas & Crayons Pumpkin Burger topped with some Chipotle Cheese and a side of Asparagus fries. Confession: the breaded and baked asparagus was only so-so. Next time I’ll stick to straight up roasting my green veggies. The Pumpkin Burgers I will happily make and eat again though. 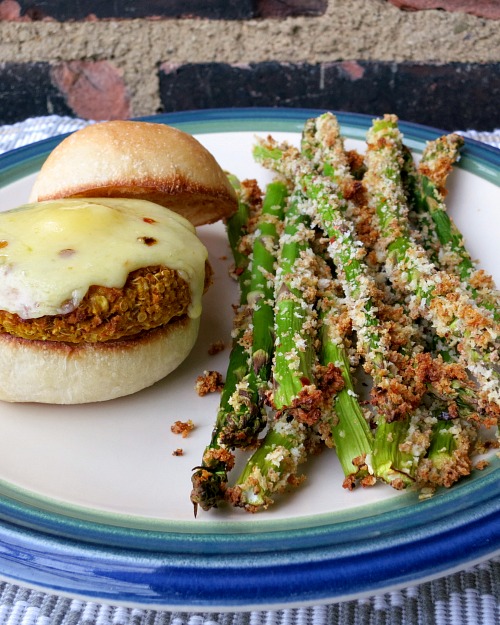 Dessert was an unfinished glass of white wine. Oops. Oh well, in keeping with today’s theme, we could pretend I drank the whole glass. 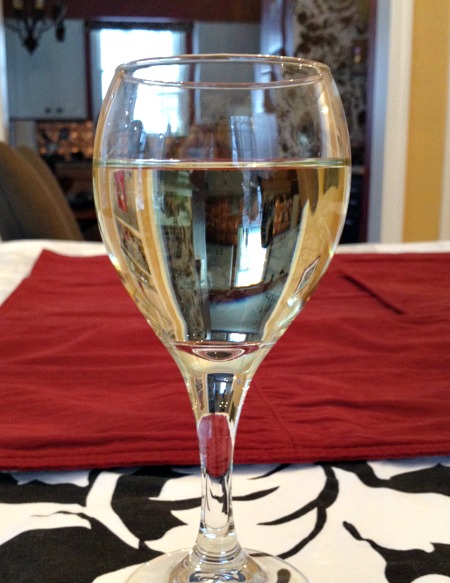 If you could play Let’s Pretend, what would you pretend right now? Give me two things.

« Week In Review: The Thankful Edition
Thinking Out Loud: The How to Combat the Plague Edition »